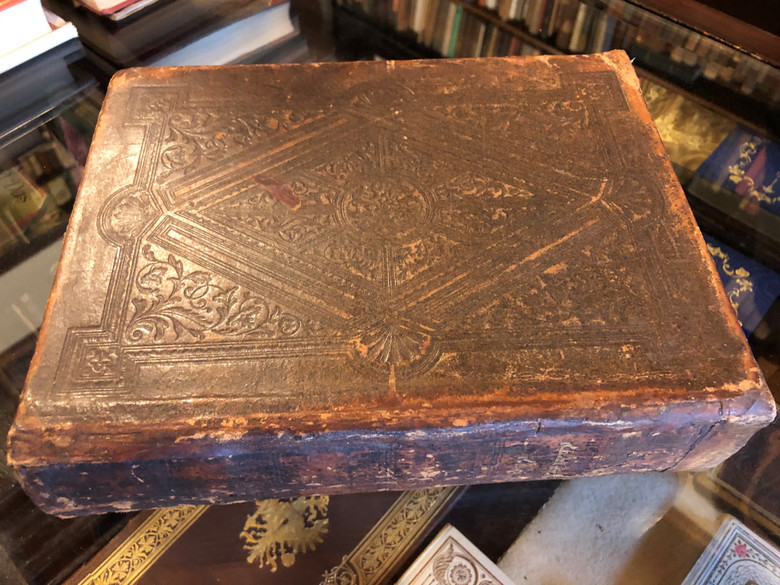 Entire work is in Syriac, the dialect of Eastern Aramaic once spoken across much of the Fertile Crescent and was major literary language throughout the Middle East from the second to eighth centuries C.E.

"In 1817 the Committee of the British and Foreign Bible Society decided to bring out an edition of the Syriac O.T. under the care of S. Lee. The editor adopted as his basis the text in the London Polyglot, which he corrected . . .(this) edition . . . was printed for the use of the the Syrian Church of Malabar." (Source: Darlow-Moule 8981-8982 & 8986)

The editor of this translation, Samuel Lee (1783 - 1852) was an English Orientalist and professor of Arabic and Hebrew at Cambridge University.

Condition:  COLLECTABLE - inside the book is MINT CONDITION - Cover as pictured, shows some ware.   Almost 200 year old Bible!   SUPER RARE!   Only one for sale!

Historical printed Bible - Bible with the Revelation of the John in Syriac and Aramaic letters. - In Syrian language.

Title transliterated: The Old Testament is apparently a reissue of the 1823 ed., with the t. p. replaced by a new general one.

It is of the variety with Psalm 151. The New Testament has special t. p. cf. British and Foreign Bible Society.

Edited by Lee, Samuel (1783-1852) and published by the British and Foreign Bible Society. 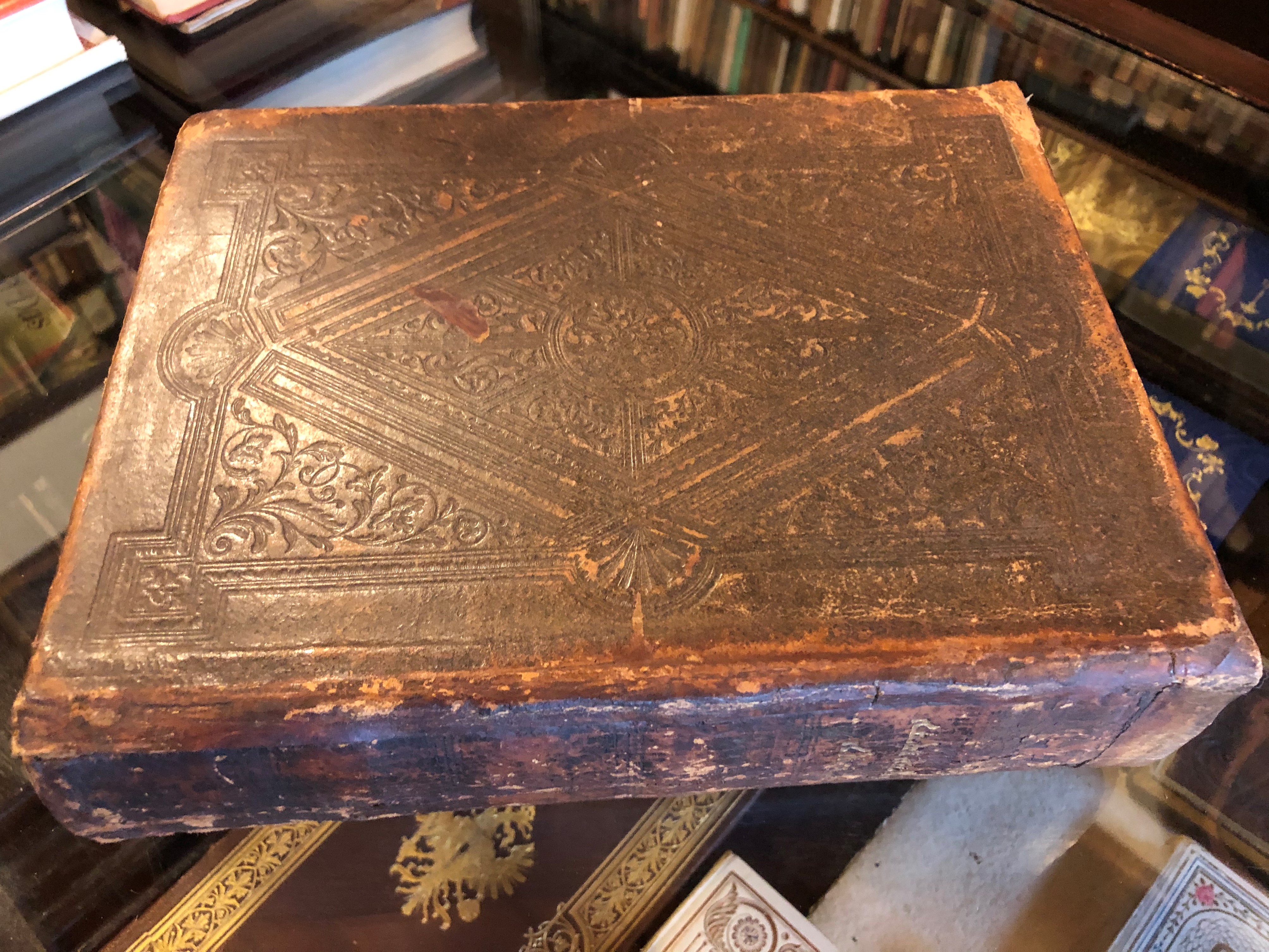