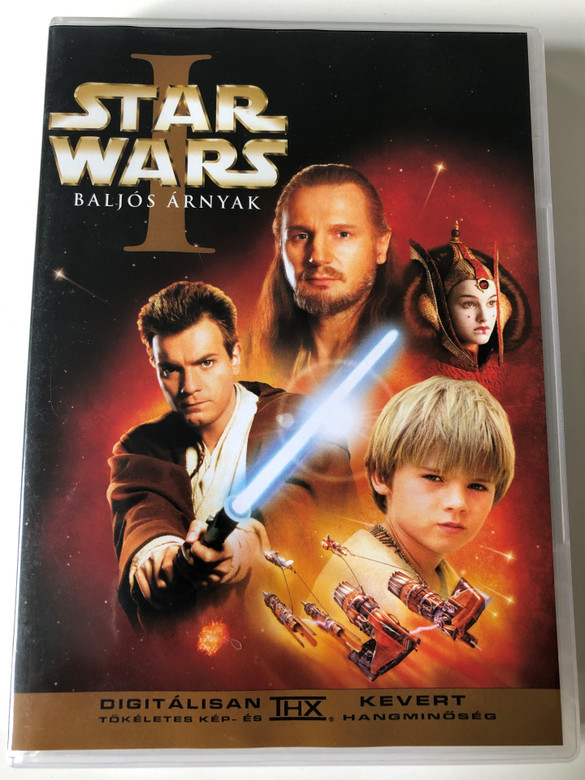 Star Wars: Episode I – The Phantom Menace is a 1999 American epic space-opera film written and directed by George Lucas, produced by Lucasfilm, distributed by 20th Century Fox and stars Liam Neeson, Ewan McGregor, Natalie Portman, Jake Lloyd, Ian McDiarmid, Anthony Daniels, Kenny Baker, Pernilla August, and Frank Oz. It is the first installment in the Star Wars prequel trilogy and begins the "Skywalker saga," though it was the fourth film to be produced chronologically. The Phantom Menace is set 32 years before the original film and follows Jedi Master Qui-Gon Jinn and his apprentice Obi-Wan Kenobi as they protect Queen Amidala in hopes of securing a peaceful end to an interplanetary trade dispute. Joined by Anakin Skywalker—a young slave with unusually strong natural powers of the Force—they simultaneously contend with the mysterious return of the Sith.

The Trade Federation upsets order in the Galactic Republic by blockading the planet Naboo in preparation for a full-scale invasion. The Republic's leader, Supreme Chancellor Finis Valorum, dispatches Jedi Master Qui-Gon Jinn and his apprentice, Obi-Wan Kenobi, to negotiate with Trade Federation Viceroy Nute Gunray. Darth Sidious, a Sith Lord and the Trade Federation's secret benefactor, orders the Viceroy to kill the Jedi and begin their invasion with an army of battle droids. The Jedi escape and flee to Naboo. During the invasion, Qui-Gon saves the life of a Gungan outcast, Jar Jar Binks, from being run over by a droid transport. Indebted to Qui-Gon for saving his life, Jar Jar leads the Jedi to Otoh Gunga, an underwater city of Naboo. The Jedi try to persuade the Gungan leader, Boss Nass, to help the planet's surface dwellers but are unsuccessful. However, the Jedi do manage to obtain Jar Jar's guidance and underwater transport to Theed, the capital city of Naboo. They rescue Naboo's queen, Padmé Amidala, and escape from the blockaded planet on her Royal Starship, intending to reach the Republic capital planet of Coruscant.