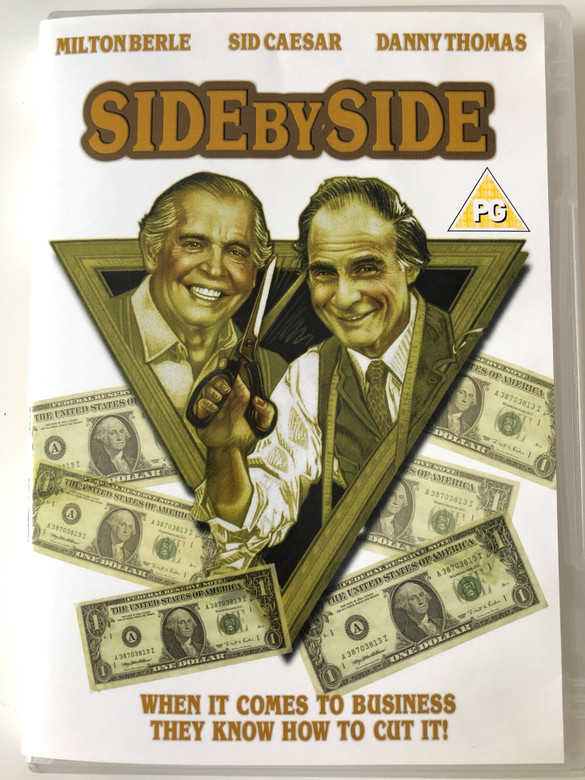 Three men who have just been forced to retire convince their bank to finance their dream: To produce a line of clothing for senior citizens.

Three giants of early television--Milton Berle, Sid Caesar and Danny Thomas--combine their talents in the made-for-TV Side by Side. Berle and Caesar play a couple of 65-year-olds who've just been forcibly retired; Thomas portrays a widower, who's been aimless and lethargic since the death of his wife. The trio gains a new lease on life when they team up to manufacture a line of clothing exclusively designed for senior citizens. Their zeal intensifies when Berle's old boss Richard Klein spitefully develops a rival wardrobe line. Marjorie Lord, who'd played Danny Thomas' wife on TV in the late 1950s and early 1960s, is here cast as Sid Caesar's spouse. Side By Side first aired on March 6, 1988.