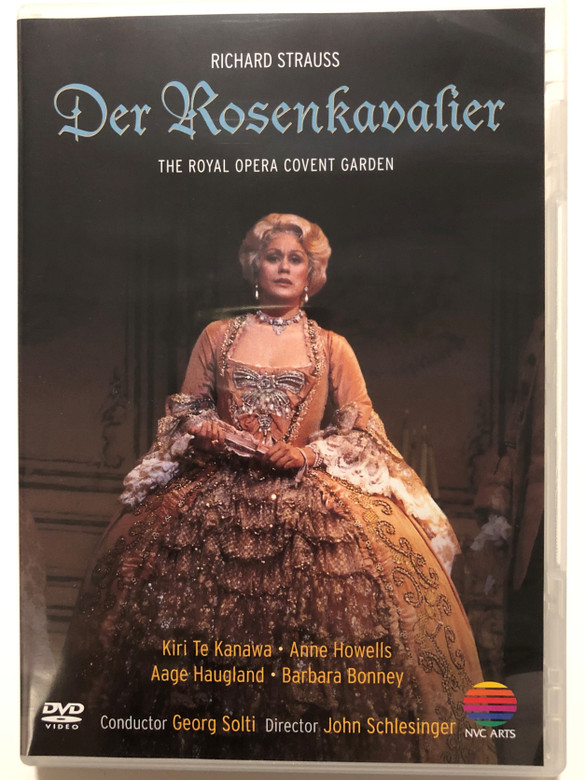 Der Rosenkavalier (The Knight of the Rose or The Rose-Bearer), Op. 59, is a comic opera in three acts by Richard Strauss to an original German libretto by Hugo von Hofmannsthal. It is loosely adapted from the novel Les amours du chevalier de Faublas by Louvet de Couvrai and Molière's comedy Monsieur de Pourceaugnac. It was first performed at the Königliches Opernhaus in Dresden on 26 January 1911 under the direction of Max Reinhardt, Ernst von Schuch conducting. Until the premiere, the working title was Ochs auf Lerchenau. (The choice of the name Ochs is not accidental, for in German "Ochs" means "ox", which describes the character of the Baron throughout the opera.)

The opera has four main characters: the aristocratic Marschallin; her very young lover, Count Octavian Rofrano; her brutish cousin Baron Ochs; and Ochs' prospective fiancée, Sophie von Faninal, the daughter of a rich bourgeois. At the Marschallin's suggestion, Octavian acts as Ochs' Rosenkavalier by presenting a ceremonial silver rose to Sophie. However, the young people fall in love on the spot, and soon devise a comic intrigue to extricate Sophie from her engagement. They accomplish this with help from the Marschallin, who then yields Octavian to the younger woman. Though a comic opera, the work incorporates some weighty themes (particularly through the Marschallin's character arc), including infidelity, aging, sexual predation, and selflessness in love (or the lack thereof).

There are many recordings of the opera and it is regularly performed.

Directed for video by BRIAN LARGE

This opulent production by Oscar-winning film director John Schlesinger, filmed in 1985, marked the 25th anniversary of Sir Georg Solti's spectacular debut at
Covent Garden, conducting this very opera. "Rarely has this luscious, burnished score been realized with such emotional intensity or played with such glowing fervour"

It also features Kiri Te Kanawa as the Marschallin, a performance of which The Financial Times said, "This deserves to be ranked...among her finest achievements."

Anne Howells gives a sensitive performance as the ‘Knight of the Rose': Aage Haugland is the roguish Baron Ochs, and the International Herald Tribune described American soprano Barbara Bonney as "...an enchantingly vulnerable Sophie, as lovely to hear ... as she is to behold".

"With a superb cast of principals...the evening turned out a resounding success." THE DAILY TELEGRAPH 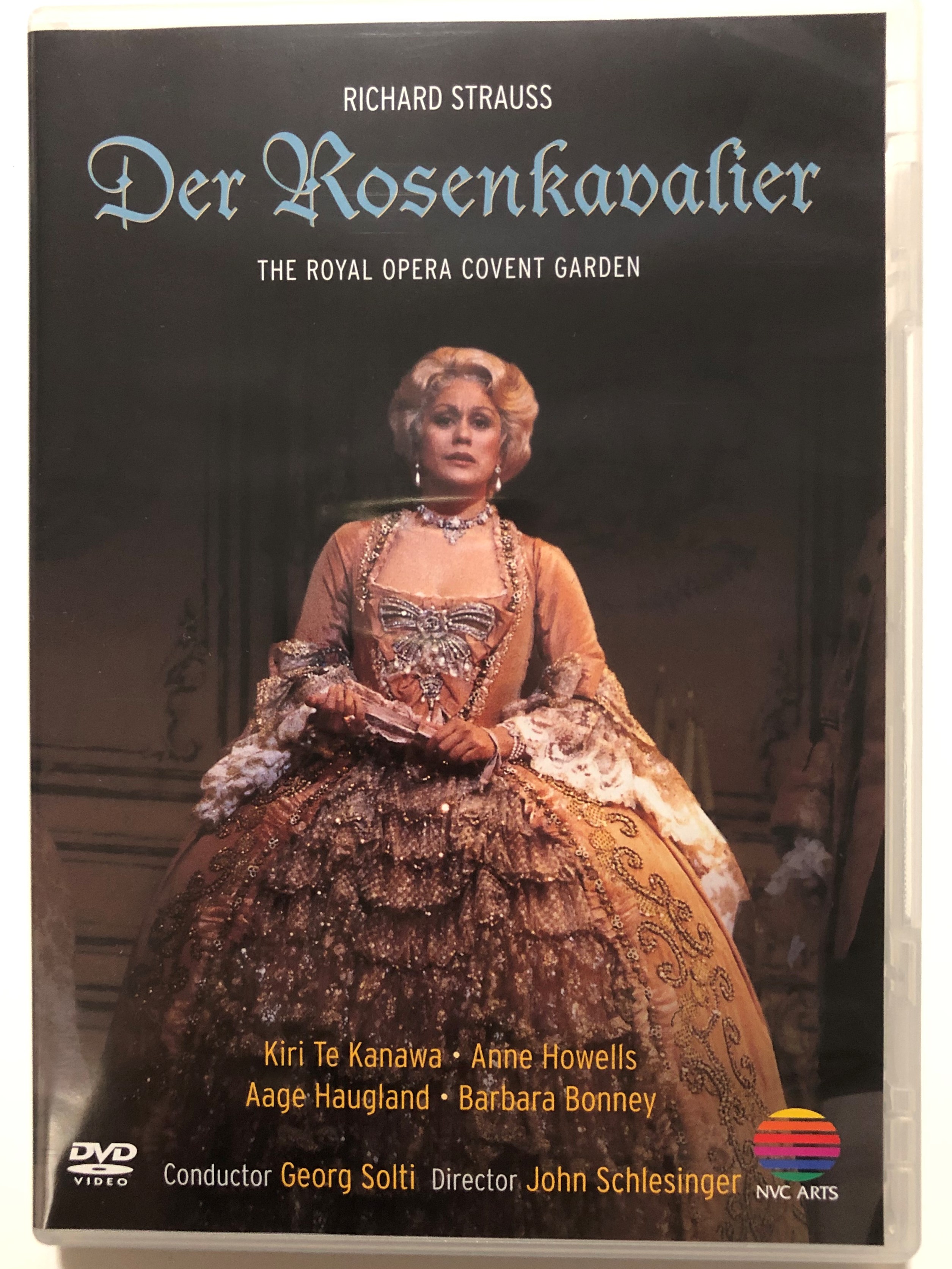 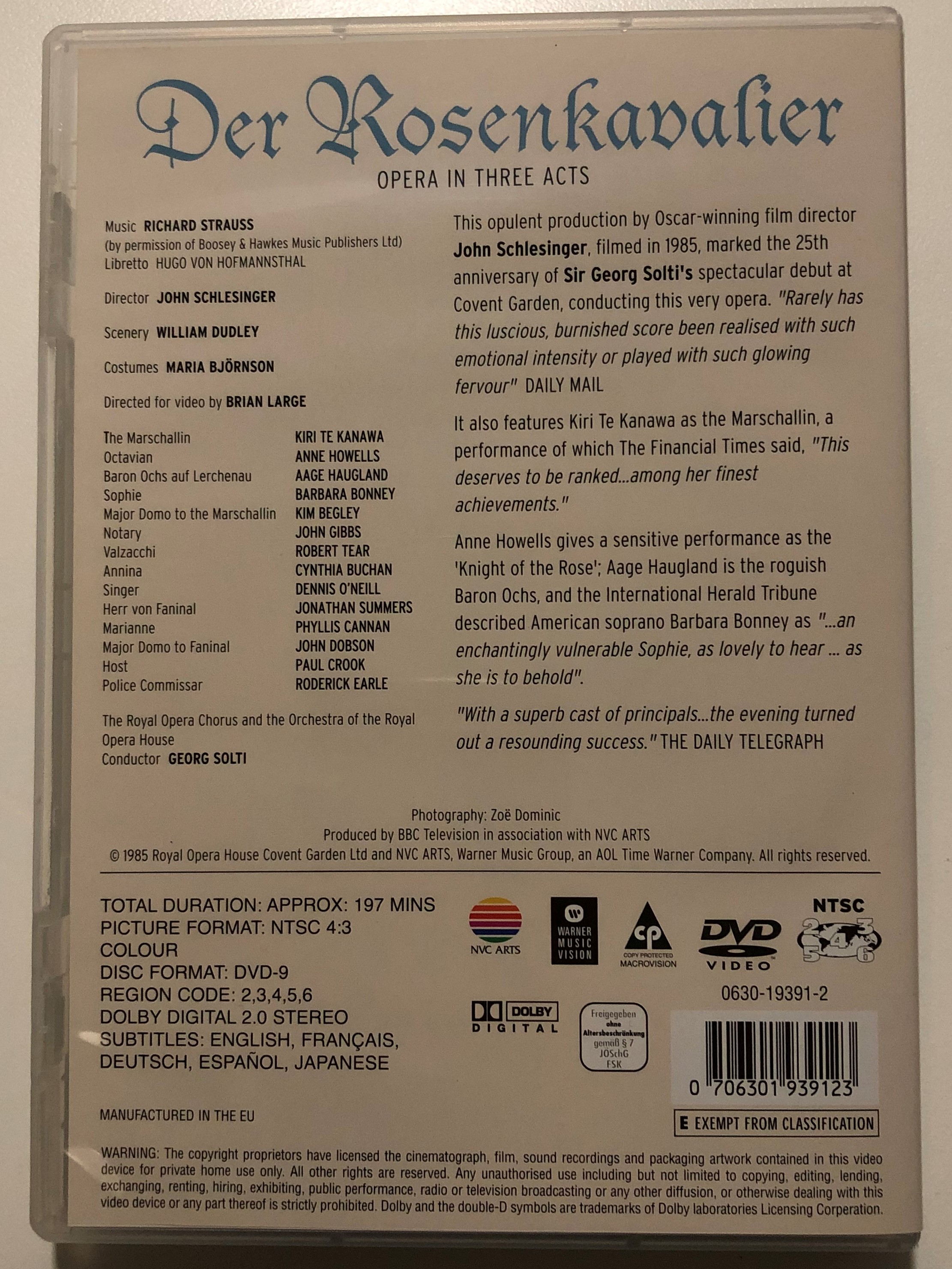