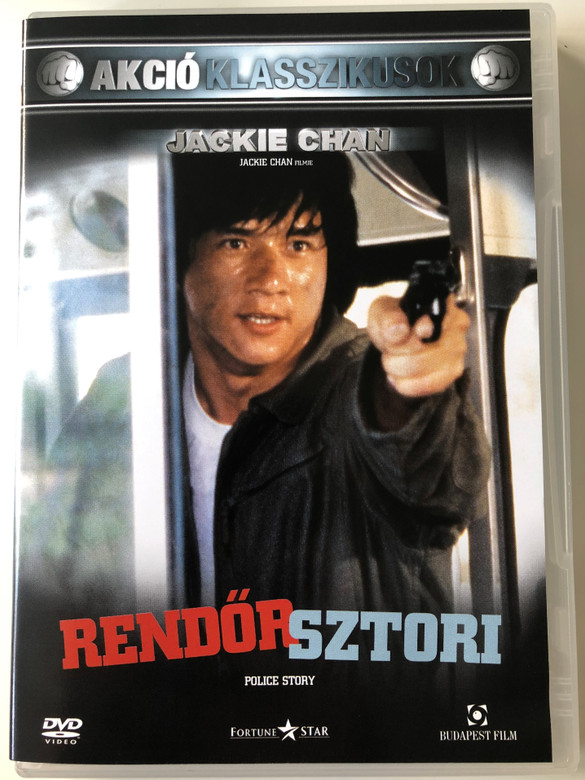 Police Story (Chinese: 警察故事; pinyin: Jǐngchá Gùshì; Jyutping: Ging2 caat3 gu3 si6) is a 1985 Hong Kong action–crime film written and directed by Jackie Chan, who also stars in the lead role. It is the first of the Police Story series featuring Chan as Hong Kong police detective "Kevin" Chan Ka-Kui, starring alongside Brigitte Lin and Maggie Cheung. Chan began work on the film after a disappointing experience working with the director James Glickenhaus on The Protector, which was intended to be his entry into the American film market.

The Royal Hong Kong Police Force is planning a major undercover sting to arrest crime lord Chu Tao (Chor Yuen). Inspector Chan Ka-Kui (or Kevin Chan in some versions) is part of the operation, along with undercover officers stationed in a shanty town. However, the criminals spot the officers and the shootout ensues between the two groups in which civilians either flee the town or caught in the crossfire as a result of the gunfight. Chu Tao and his men successfully flee in their car by driving through the town but crashes it immediately after going downhill and escapes on foot. Ka-Kui persists in his chase on foot as Chu Tao and his men attempt to escape in a double-decker bus. Ka-Kui manages to get in front of the bus and bring it to a halt by threatening to shoot the driver with his service revolver.

Later, Ka-Kui is reprimanded by Superintendent Li for letting the operation get out of hand, but subsequently presented to the media as a model police officer. His next assignment is to protect Chu Tao's secretary, Selina Fong (Brigitte Lin), who plans to testify in court about Chu Tao's illegal activities. At first, Selina insists that she does not require protection, but after Ka-Kui has a fellow policeman break into her apartment and pose as a knife-wielding assassin and later afterwards had his other officers fighting him while Ka-Kui attempts to drive away along with her, she becomes more cooperative.