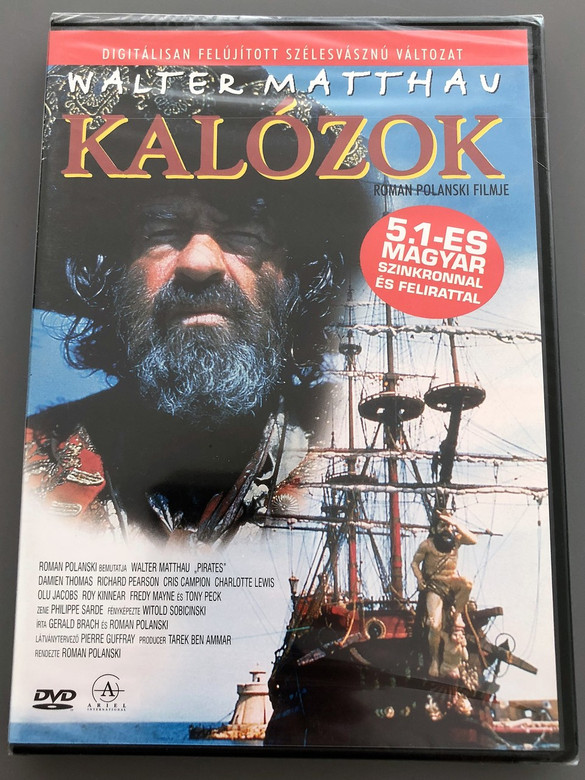 Pirates is a 1986 Franco-Tunisian adventure comedy film written by Gérard Brach, John Brownjohn, and Roman Polanski and directed by Polanski. It was screened out of competition at the 1986 Cannes Film Festival.

The Atlantic Ocean, the year 1659. The infamous English pirate Thomas Bartholomew Red (Walter Matthau), known as the Captain Red, and his ship's teenage cabin boy Jean-Baptiste (Cris Campion), nicknamed "Frog", are lost on a raft without supplies in the ocean. Luckily, Captain Red and Frog are picked up by Neptune, a Spanish galleon en route to Spain. Thrown into the brig, Red and Frog meet the ship's cook Boomako (Olu Jacobs), imprisoned after being accused of poisoning the Neptune's captain Linares (Ferdy Mayne) in a supposed attempt at stealing the golden throne, loot from the Aztec King Catapec Anahuac, that is being secretly transported in the galleon's hold. Captain Red becomes obsessed with capturing the throne for himself. Meanwhile, Frog falls in love with Maria-Dolores (Charlotte Lewis), the niece of Maracaibo's governor, who is travelling on the Neptune as a passenger.

Captain Linares dies and the command of the ship is taken over by his ruthless and ambitious first mate, lieutenant Don Alfonso de la Torré (Damien Thomas) who is also in love with Maria-Dolores, though she does not reciprocate his feelings. Red and Frog, put to work along with Neptune's crew, make an attempt at instigating a mutiny. In response, Don Alfonso has them sentenced to death along with a few other mutineers. However, Captain Red devises a plan that allows them to avoid execution and use the ensuing confusion to launch an open rebellion, which proves successful when most of the crew members rally against their masters. After the battle, Frog gains Maria-Dolores' interest when he saves her from an attempted rape, killing one of his fellow mutineers in the process.

Putting himself in command of the Neptune, Captain Red directs the ship to a pirate cove, led by Dutch (Roy Kinnear), a merchant and old associate of Red. Meeting his former crewmates, Captain Red throws a party and imprisons Don Alfonso and his officers. However, one of Dutch's hostages releases them while the pirates are partying. Don Alfonso and his men return to the Neptune and retake the ship, sailing away with the golden throne in the morning. Using the money he has gained from Dutch, Captain Red purchases an old brig and pursues the Neptune to Maracaibo.

At night, Captain Red, Frog, and Boomako sneak into the governor's residence with Maria-Dolores as their hostage. Red plans to use her as a bargaining chip and force her wealthy uncle to exchange her for the golden throne. Although the governor proves to be unsympathetic for her niece's fate, he becomes more cooperative after Captain Red tortures him instead, finding out that he is suffering from podagra. As Red demands, the governor provides him with a document that entitles him to confiscate the golden throne, posing as the governor's secret messenger. However, Red and Frog fail to carry the throne out of the bay and are later captured by Don Alfonso, who puts them in prison. Maria-Dolores visits them in their cell. She reveals her feelings toward Jean-Baptiste as the two embrace and share a kiss. Maria-Dolores returns to the Neptune, which soon sets off to Spain again, with Don Alfonso promoted to captain.

The pirates, informed by Boomako of what has happened, assault the prison the following night, releasing Red and Frog. Captain Red pursues the Neptune and launches an assault on the galleon. Red sinks his own ship, making retreat impossible, and secretly orders Boomako to prepare a boat in order to make off with the golden throne. In the heat of battle, Frog finds Maria-Dolores and duels with Don Alfonso over her. However, in the end, he remains loyal to Captain Red, abandoning the fight with Don Alfonso in order to aid his leader in capturing the throne. With the Neptune burning and beyond repair, her remaining crew and passengers flee on the boat, while Red, Frog, and Boomako make off in one of their own with the golden throne in their possession. With Maria-Dolores out of his reach now, a furious Frog throws insults at Don Alfonso, who tries to shoot him in retaliation. However, Maria-Dolores intervenes desperately, disrupting his aim, and Boomako is shot dead instead. Red and Frog then leave the scene, abandoning their surviving crewmates in the water.

The last scene from the movie mirrors the first one, with Red and Frog finding themselves alone on a small boat in the open ocean once again. 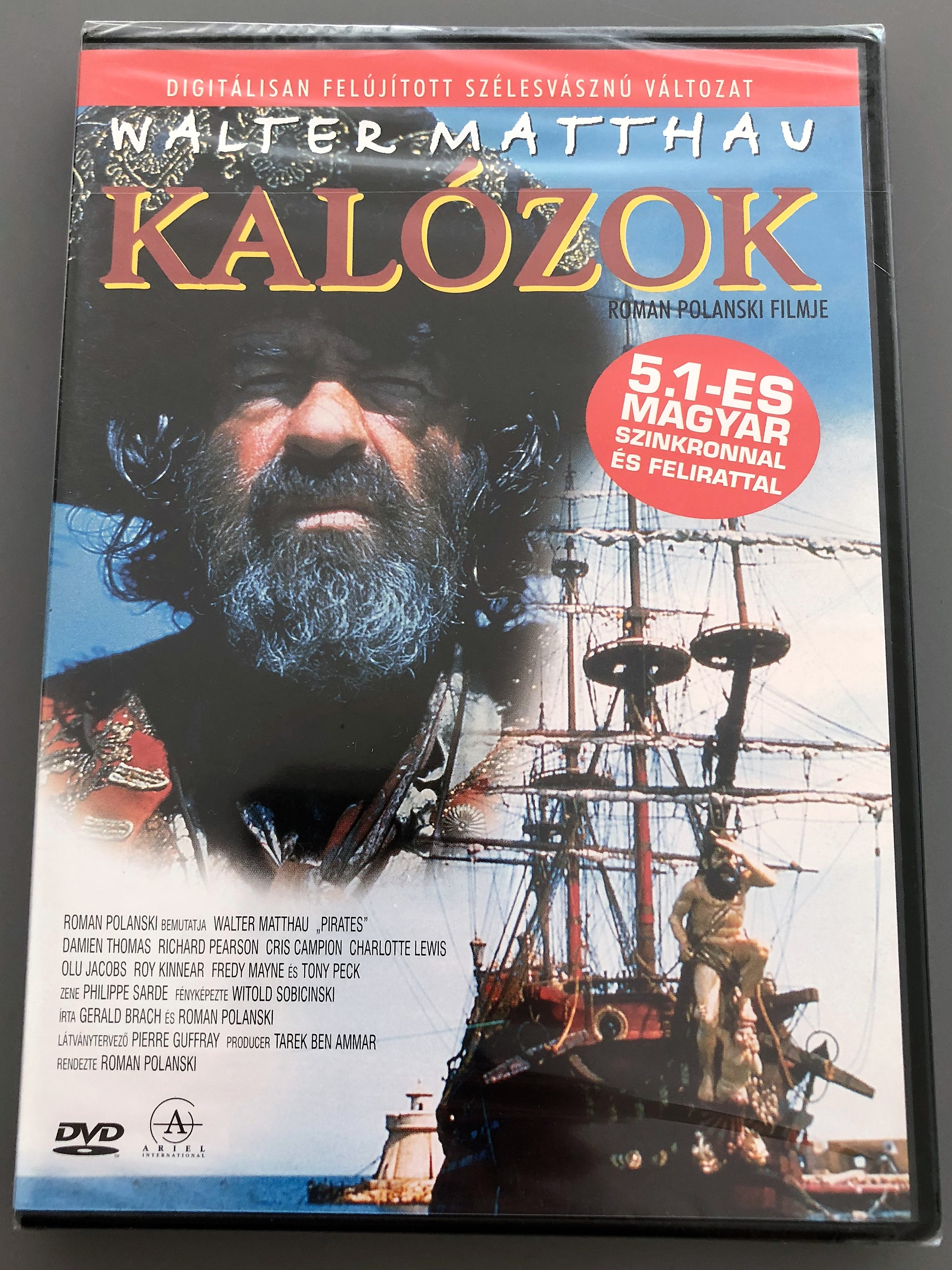 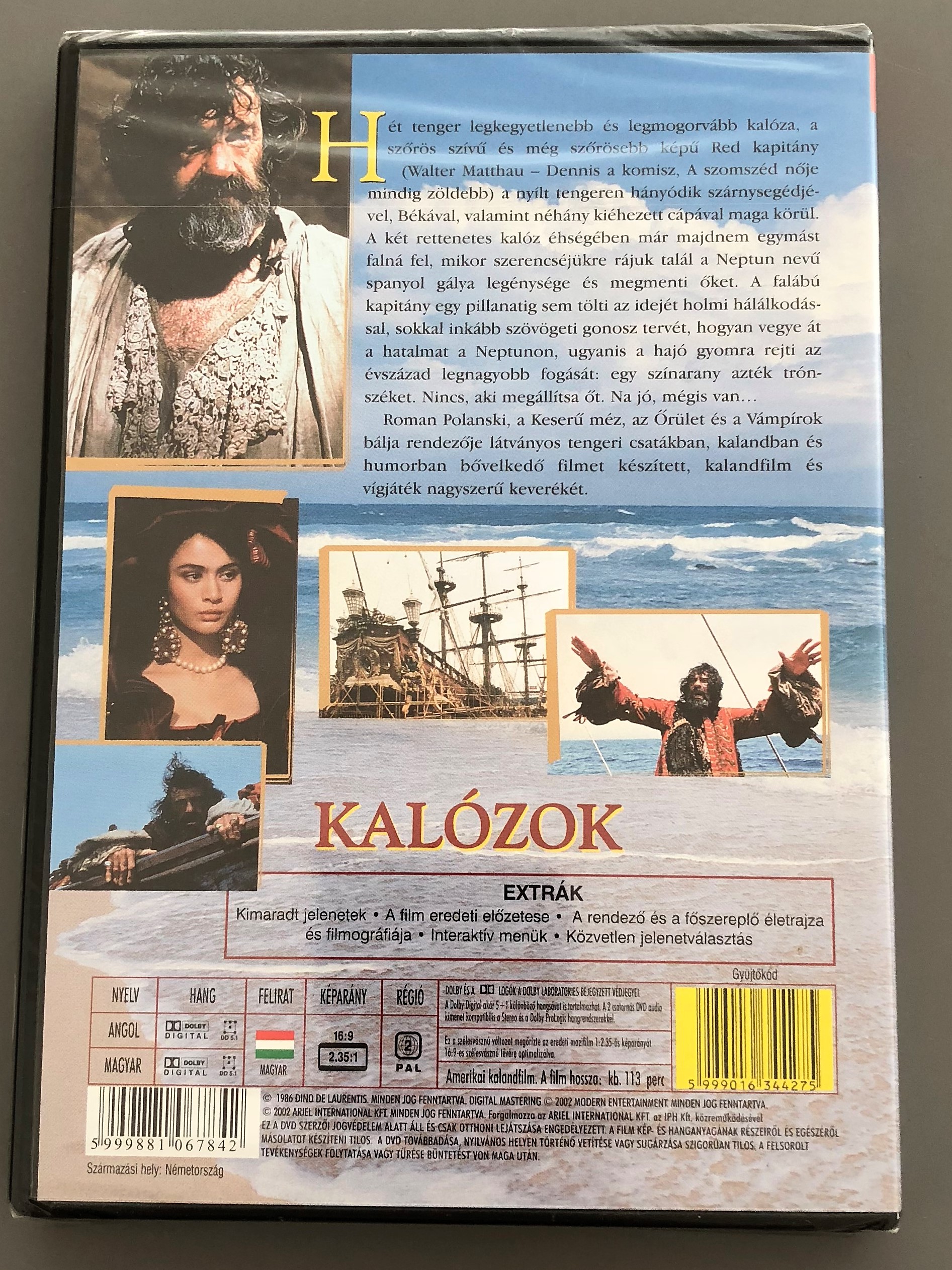