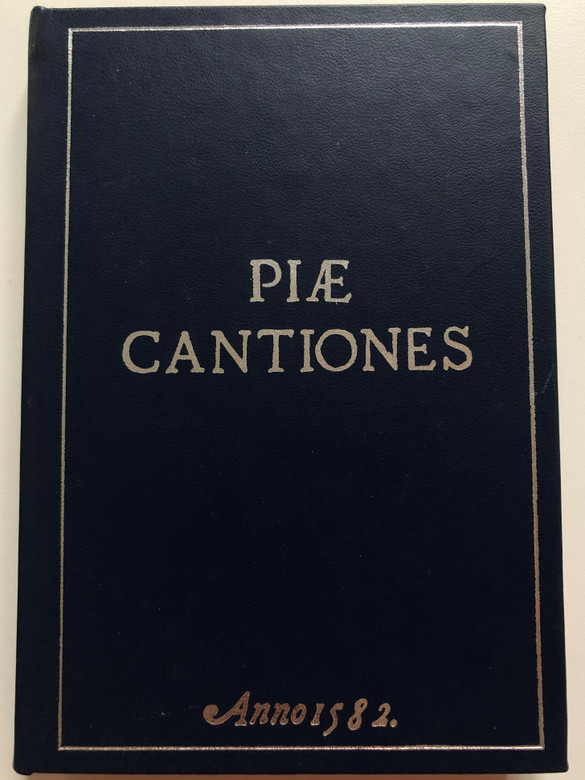 Pious ecclesiastical and school songs of the ancient bishops

Piae Cantiones is a 16th-century Finnish songbook containing a number of songs that are well known as Christmas carols. The category includes both the original Latin titles and, if the song is better known under a translated or alternative name (such as "Good King Wenceslas"), also its Latin first line redirect (i.e. Tempus adest floridum).

Piae Cantiones ecclesiasticae et scholasticae veterum episcoporum (in English Pious ecclesiastical and school songs of the ancient bishops) is a collection of late medieval Latin songs first published in 1582. It was compiled by Jacobus Finno, a clergyman who was headmaster of the cathedral school at Turku. Publication was undertaken by Theodoricus Petri Rutha of Nyland, who lived from about 1560 to about 1630. He came from an aristocratic family in Finland, and was educated at Rostock.

The collection Piae Cantiones was published in Greifswald, duchy of Pomerania, Germany, and includes 74 Latin and Swedish/Latin songs that were sung at the time in Finnish cathedral schools, most notably in the cathedral school at Turku. Most of them are religious in nature but some, for example Tempus adest floridum, are secular school songs. The lyrics in the collection testify to the moderate nature of the Protestant Reformation in Sweden. Although some Catholic nuances have been purged, many songs still carry strong traces of the cult of Virgin Mary (e.g. Ave Maris Stella). Although published as late as 1582, the melodies of Piae Cantiones are medieval by nature. The origin of the songs and melodies varies. Many originate from Central Europe but quite a few seem to have been written in Nordic countries.

In 1625 the collection was re-published with 13 further songs.

Later versions of this collection were compiled by Finns Henricus Fattbuur and Mathias Tolia. A Finnish translation of Piae Cantiones (1616) was done by Hemminki of Masku, who earlier (1605) had published a remarkable Finnish hymnal.The songs of Piae Cantiones were popular in Finnish schools until the 19th century but fell gradually into disuse. However, a newly awakened interest in this old music has made them quite popular and they belong to the standard repertoire of any Finnish or Swedish choir. Many of Hemming's translations are present (with some modernization) in the official book of anthems of the Evangelical Lutheran Church of Finland. In this way, Piae Cantiones still enriches Finnish spiritual life.