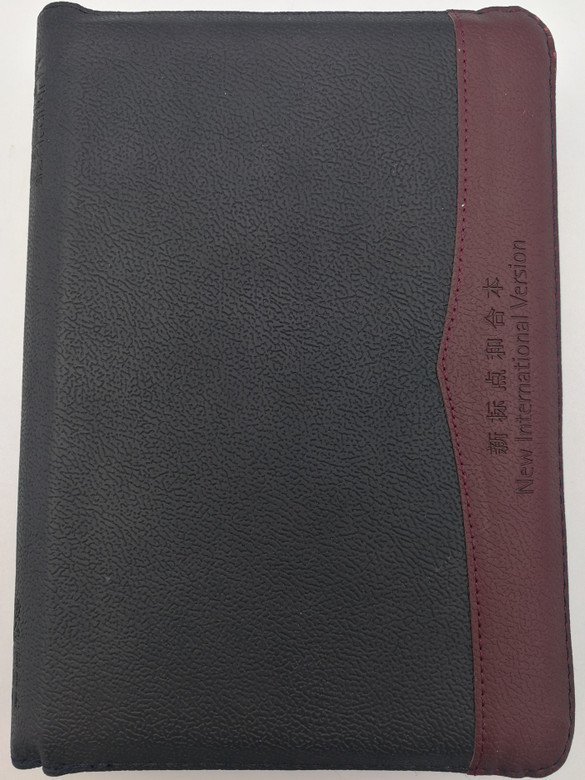 A diglot in Chinese Guoyu and English. This Bible combines the popular Chinese Union Version and the New International Version. With Chinese and English on title page, and the texts in parallel columns on the page. Chapter and section headings.

The New International Version (NIV) is an English translation of the Bible first published in 1978 by Biblica (formerly the International Bible Society). The NIV was published to meet the need for a modern translation done by Bible scholars using the earliest, highest quality manuscripts available. Of equal importance was that the Bible be expressed in broadly understood modern English.

A team of 15 biblical scholars, representing a variety of denominations, worked from the oldest copies of reliable texts, variously written in Hebrew, Aramaic, and Greek. Each section was subjected to multiple translations and revisions, and those assessed in detail to produce the best option. Everyday Bible readers were used to provide feedback on ease of understanding and comprehensibility. Finally, plans were made to continue revision of the Bible as new discoveries were made and as changes in the use of the English language occurred.

The NIV is published by Zondervan in the United States and Hodder & Stoughton in the UK. The NIV was updated in 1984 and 2011, and has become one of the most popular and best selling modern translations.