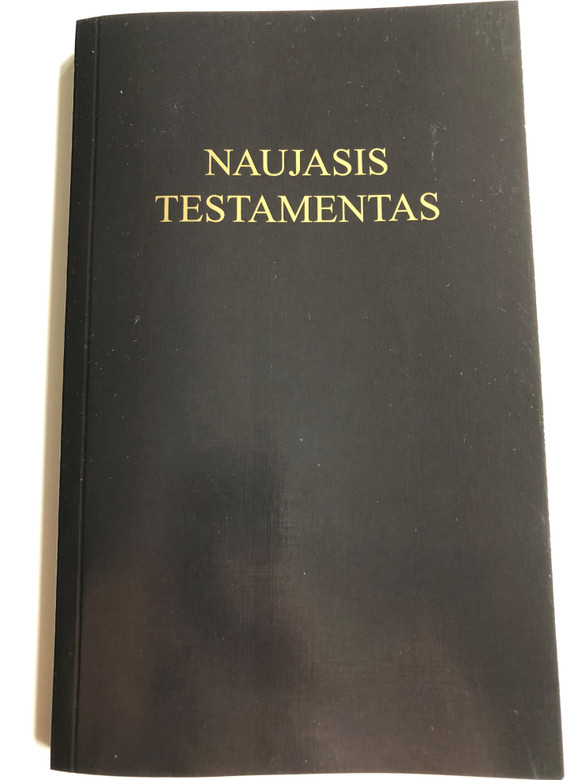 The New Testament, the 2nd part of the Word of God: words for your life – wonderful, trusting, up to date!

The first known translations of the Bible into the Lithuanian language appeared in the middle of the 16th century following the spread of the Protestant Reformation. The full Protestant Bible was first published in 1735 in Königsberg. The full Roman Catholic translation was published in 1911–1937 in Kaunas.

The first book in Lithuanian, Simple Words of Catechism by Martynas Mažvydas, published in 1547, contained the Ten Commandments, two psalms, and short excerpts from the New Testament. In 1579, Baltramiejus Vilentas published a collection of selected excerpts from the Bible. In 1579–1590, Jonas Bretkūnas completed a translation of the full Luther Bible, but it was not published.[1] Another translation was prepared by Samuel Bogusław Chyliński in Oxford in 1656–1660. The printing of the Old Testament was started but stopped in May–August 1662 due to financial difficulties and doubts on the quality of the translation.[2] The full New Testament was published in 1701 by Samuelis Bitneris [lt] and in 1727 by Pilypas Ruigys. The full Bible in Lithuanian was first published in 1735 in Königsberg. This translation was sponsored by Johann Jakob Quandt and was prepared by joint Lutheran and Calvinist efforts. This translation was edited by Ludwig Rhesa (published in 1816), Frydrichas Kuršaitis [lt] (published in 1853), and Adomas Einoras (published in 1897).