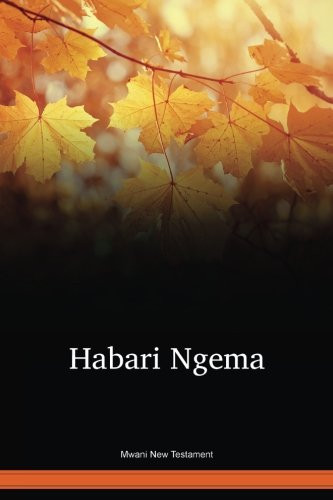 The Mwani language, or Kimwani (pronounced [kiˈmwani]), is spoken on the coast of the Cabo Delgado Province of Mozambique, including the Quirimbas Islands. Although it shares high lexical similarity (60%) with Swahili, it is not intelligible with it. It is spoken by around 120,000 people (including 20,000 who use it as their second language). Speakers of Kimwani also use Portuguese, (the official language of Mozambique), Swahili and Makhuwa language. Kiwibo, the dialect of the Island of Ibo is the prestige dialect. Kimwani (sometimes spelled as Quimuane) is also called Mwani (sometimes spelled as: Mwane, Muane) and Ibo. According to Anthony P. Grant: 'Kimwani of northern Mozambique appears to be the result of imperfect shift towards Swahili several centuries ago by speakers of Makonde', and Arends et al. suggest it might turn out to be a Makonde–Swahili mixed language.