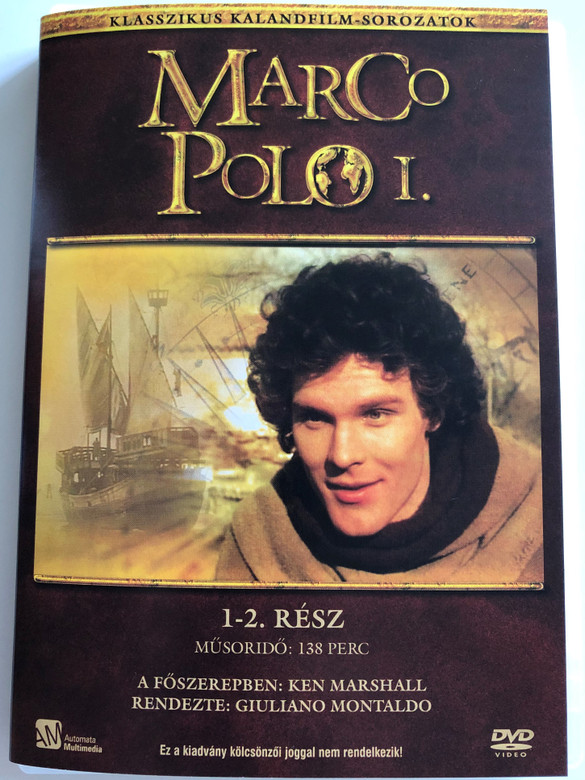 Marco Polo is a 1982 American-Italian television miniseries originally broadcast by NBC in the United States and by RAI in Italy. It stars Kenneth Marshall as Marco Polo, the 13th-century Venetian merchant and explorer. The series also features appearances by Denholm Elliott, Anne Bancroft, John Gielgud, Burt Lancaster, Ian McShane, Leonard Nimoy, and others. It was originally broadcast in four episodes, where episodes 1 and 4 were twice as long as episodes 2 and 3. The series is sometimes divided into six equally long episodes.

Marco Polo (Kenneth Marshall) accompanies a Venetian merchant fleet as it stops for the night. A raid results in Marco being taken prisoner.

In the year 1299, in the Italian city of Genoa, Rustichello da Pisa (David Warner) is held in a prison cell and questioned for information about Marco Polo. Marco Polo is revealed to be another prisoner, but is accused of lying. The people questioning him are Brother Damien of Milan (Patrick Mower) and Fillipe of Genoa (Tony Lo Bianco), both members of the Order of Saint Dominic. Both are concerned that the tales of Marco Polo are heretical and will corrupt the minds of people, especially children. As Rustichello narrates, the story shifts to Marco Polo in his youth.

In his youth, Marco Polo was eager to hear merchants tell stories of their travels. As his mother (Anne Bancroft) lays on her deathbed, Marco's aunt Flora (Sada Thompson) laments for his father, who has been away since before Marco was born and has sent nothing but items that she sees as idols of another god. 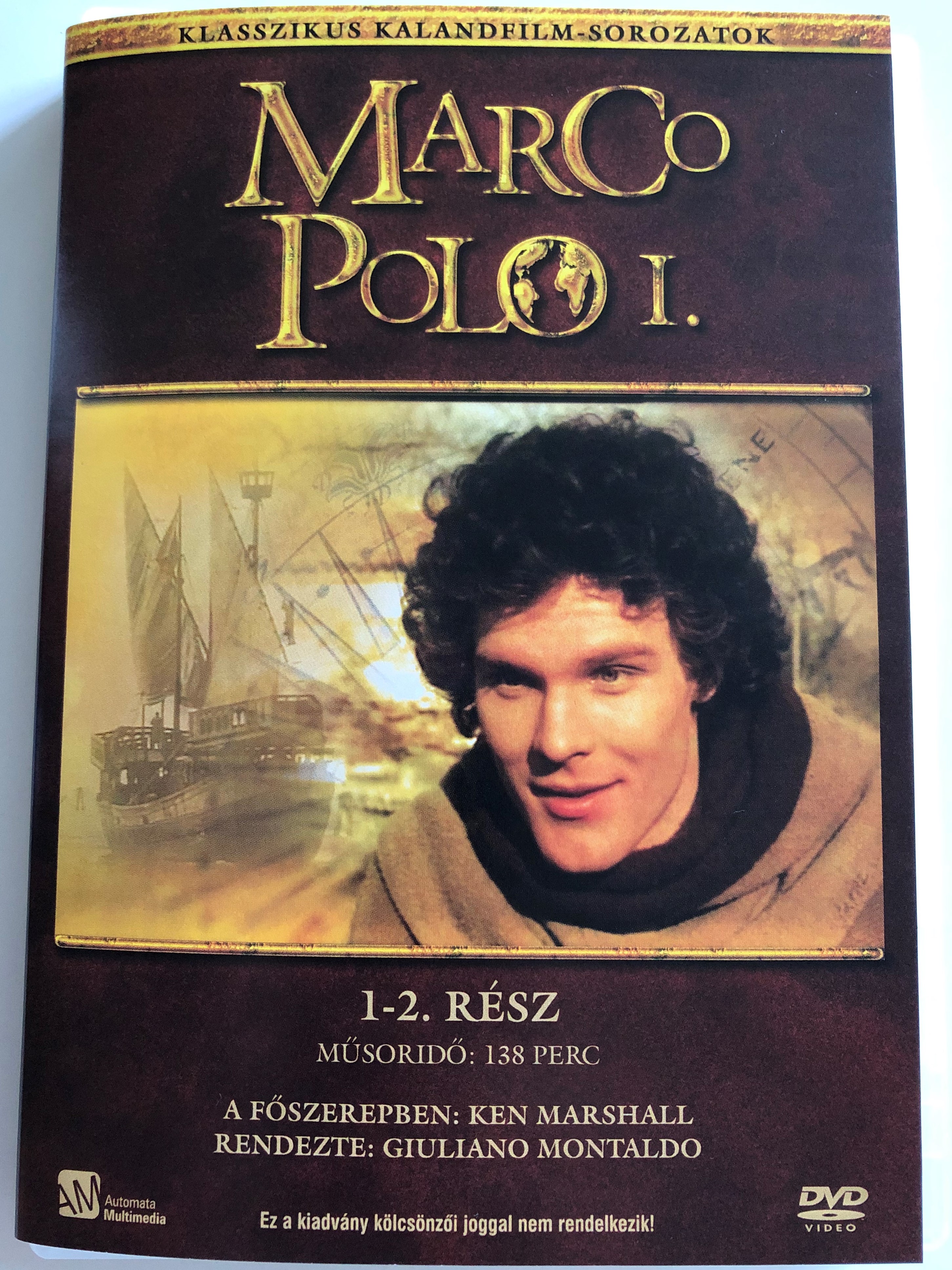 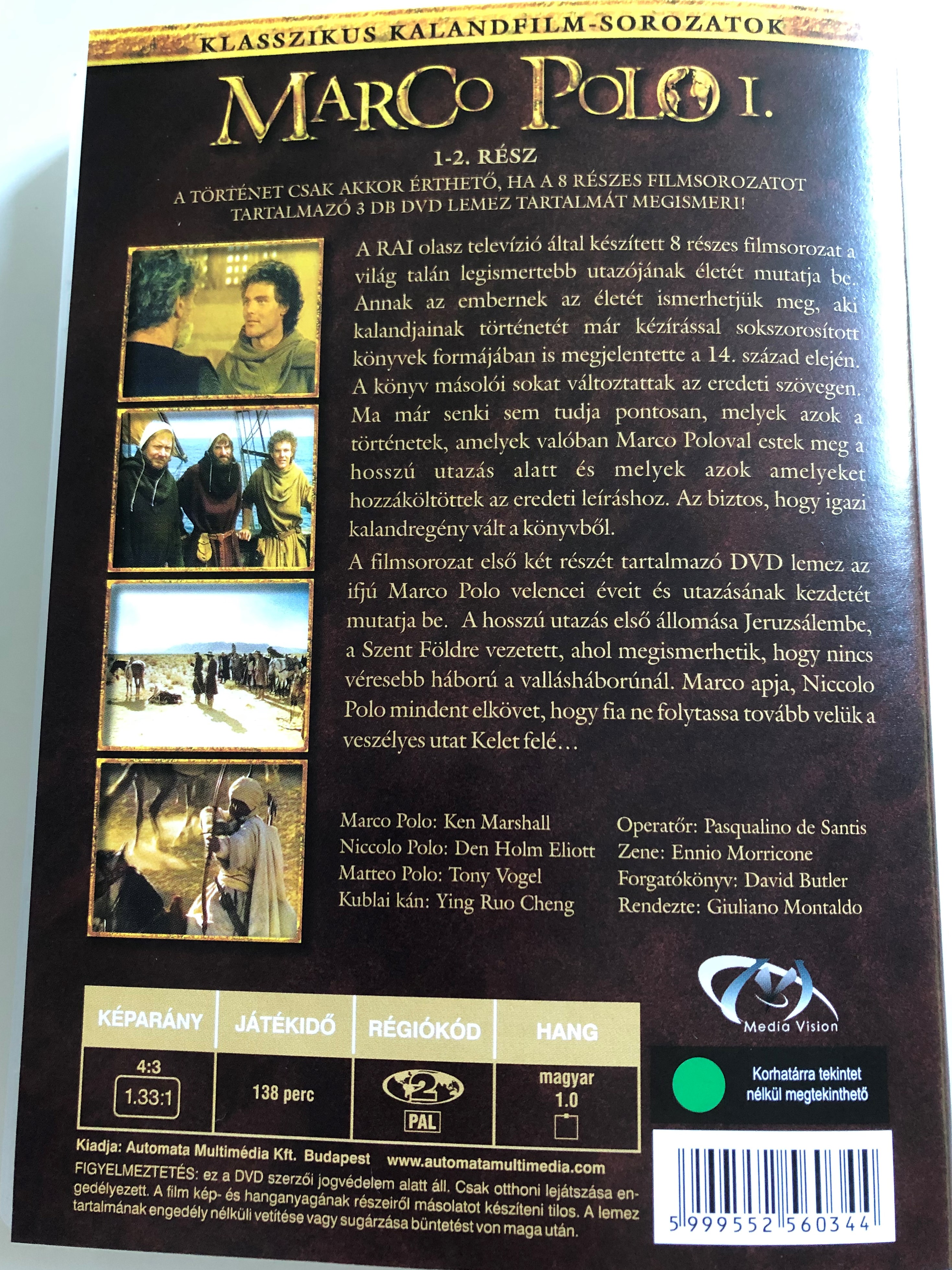