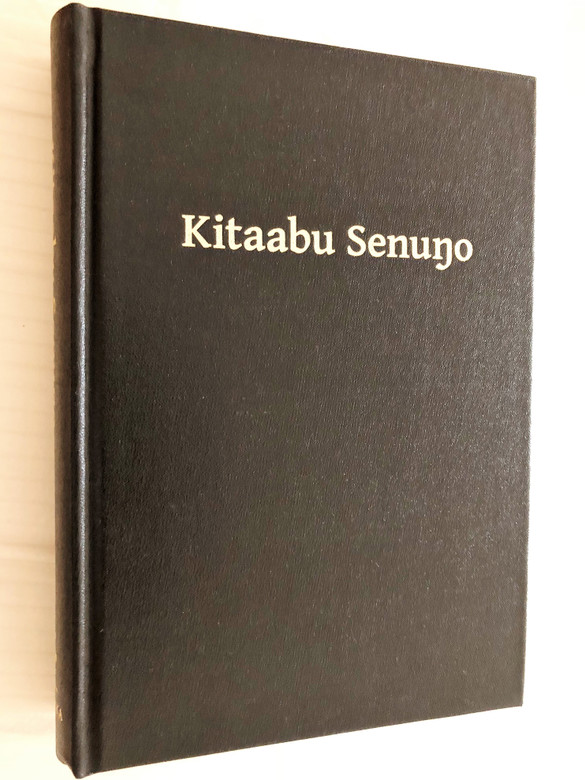 Printed in 2013 by the Bible Society of Gambia BANJUL

The Bible Society in Gambia in collaboration with the Christian Council of The Gambia launched a Mandinka Bible at the Glory Baptist Church in Old Jeshwang.

Speaking at the occasion,the minister of Agriculture Solomon Owens, said the Holy Bible is not meant for only Christians but for the entire human race. He noted that the Holy Bible is the word of God hence the need for people to know its content in order to live a righteous life...

The Mandinka language (Mandi'nka kango), or Mandingo, is a Mandé language spoken by the Mandinka people of the Casamance region of Senegal, the Gambia, and northern Guinea-Bissau. It is the principal language of the Gambia.

Mandinka belongs to the Manding branch of Mandé, and is thus similar to Bambara and Maninka/Malinké. In a majority of areas, it is a tonal language with two tones: low and high, although the particular variety spoken in the Gambia and Senegal borders on a pitch accent due to its proximity with non-tonal neighboring languages like Wolof.

Mandinka is here represented by the variety spoken in Casamance. There is little dialectical diversity.

Mandinka has two tones, high and low. Unmodified nouns are either high tone on all syllables or low tone on all syllables. The definite suffix -o takes a low tone on high-tone nouns and a falling tone on low-tone nouns. It also assimilates any preceding short vowel, resulting in a long /oo/ with either low or falling tone. It shortens a preceding long high vowel (ii > io, uu > uo; ee optionally > either eo or ee) or assimilates itself (aa remains aa) leaving only its tone:

In Senegal and Gambia, Mandinka is approaching a system of pitch accent under the influence of local non-tonal languages such as Wolof. The tonal system is more robust in Guinea-Bisau.