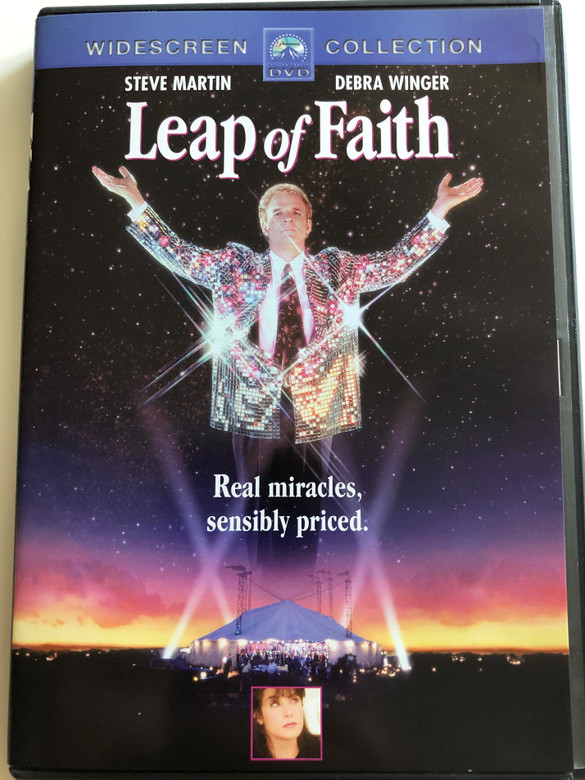 Leap of Faith is a 1992 American comedy-drama film directed by Richard Pearce and starring Steve Martin, Debra Winger, Lolita Davidovich, Liam Neeson, and Lukas Haas. The film is about Jonas Nightengale, a Christian faith healer who uses his revival meetings to milk money out of the inhabitants of Rustwater, Kansas.

One of their trucks breaks down in the fictional town of Rustwater, Kansas. Rustwater, with its 27 percent unemployment rate, is in desperate need of rain to save its crops. Learning they will be stuck in Rustwater for days waiting for replacement parts to come in for one of the many big trucks of their fleet, Jonas decides to hold revival meetings despite the town's small size in an effort to cut some of their losses while the truck is being repaired. Early on, Jonas meets Marva, a waitress in a local café but she rebuffs his persistent advances. 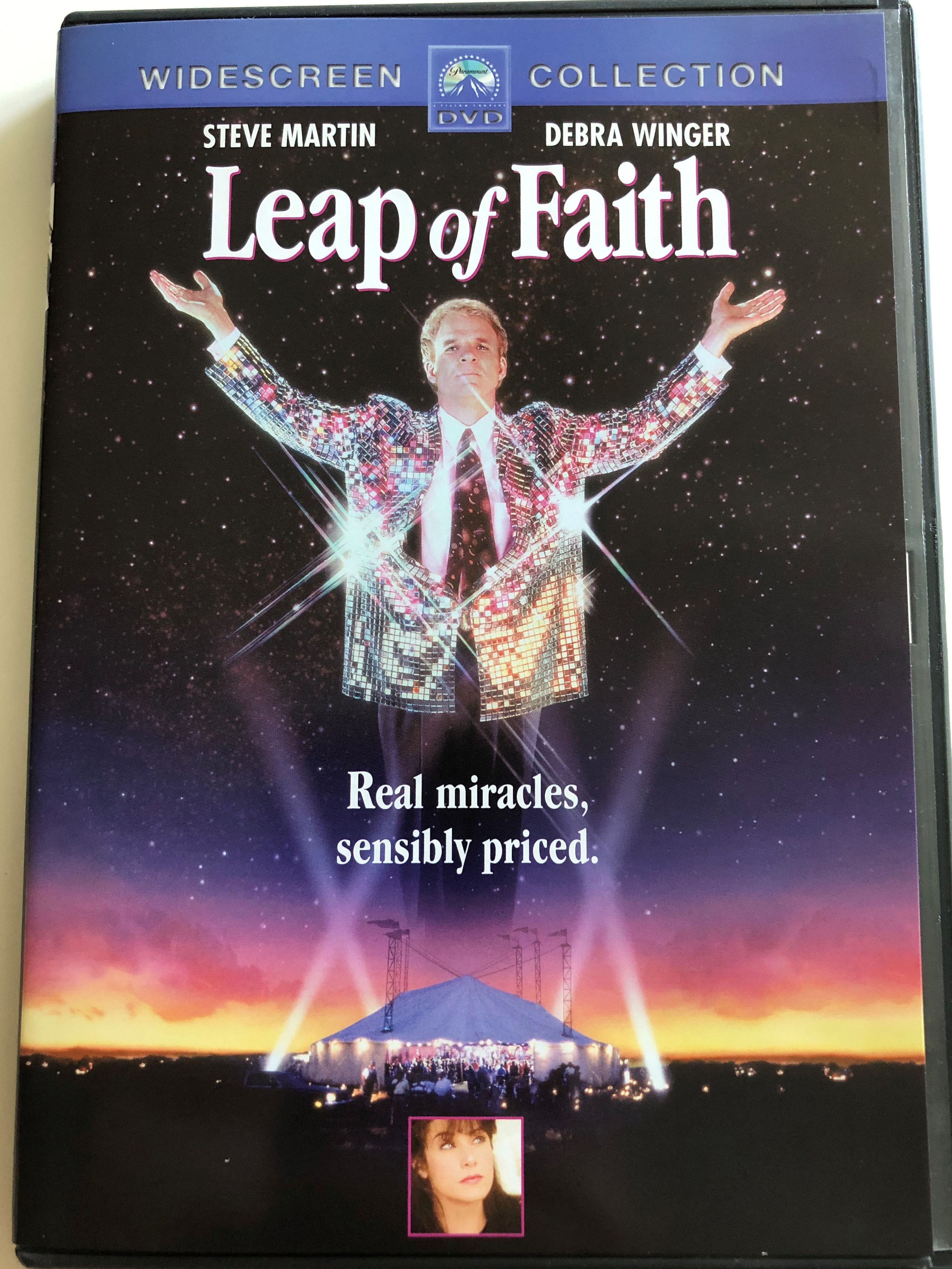 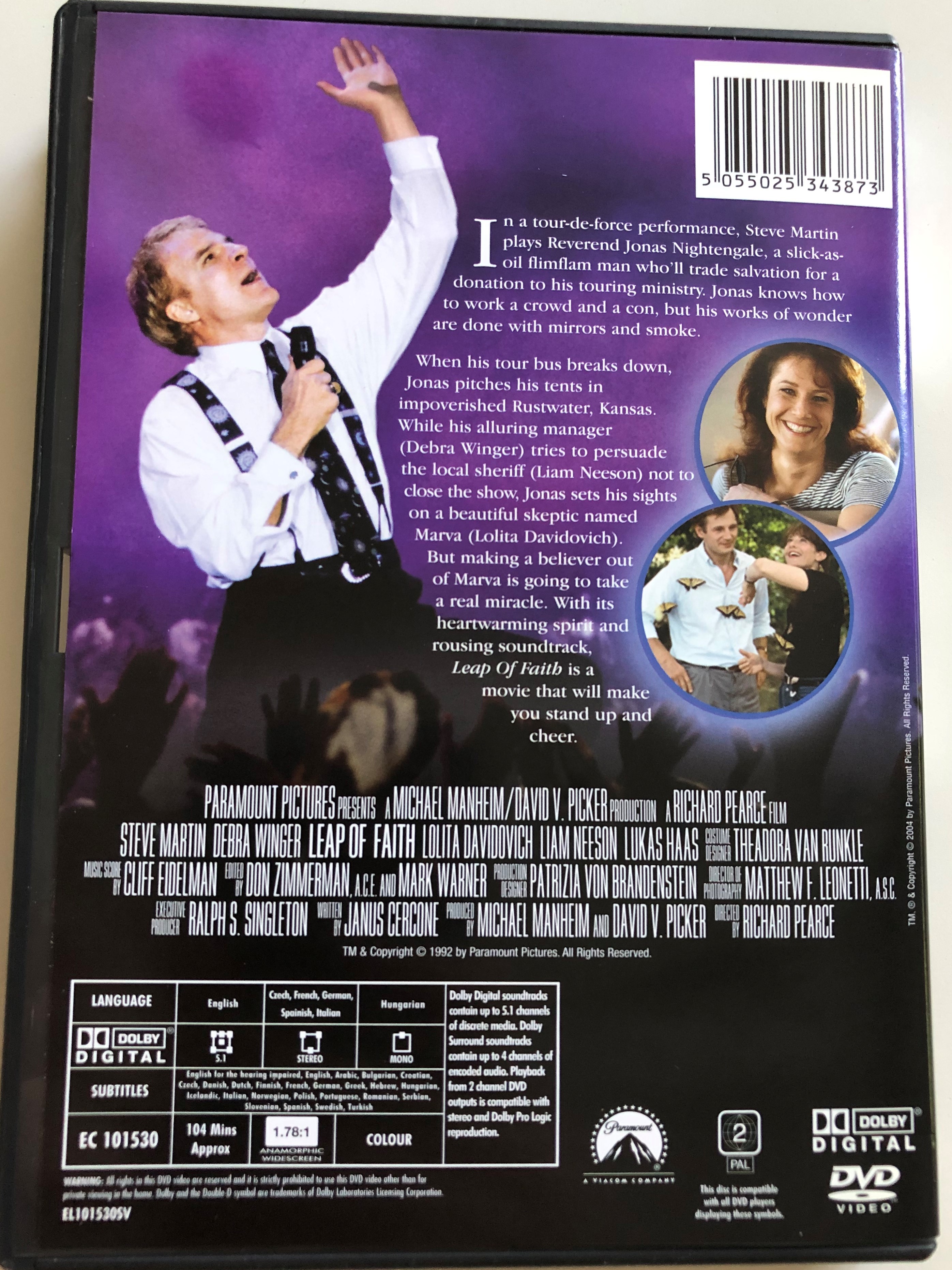