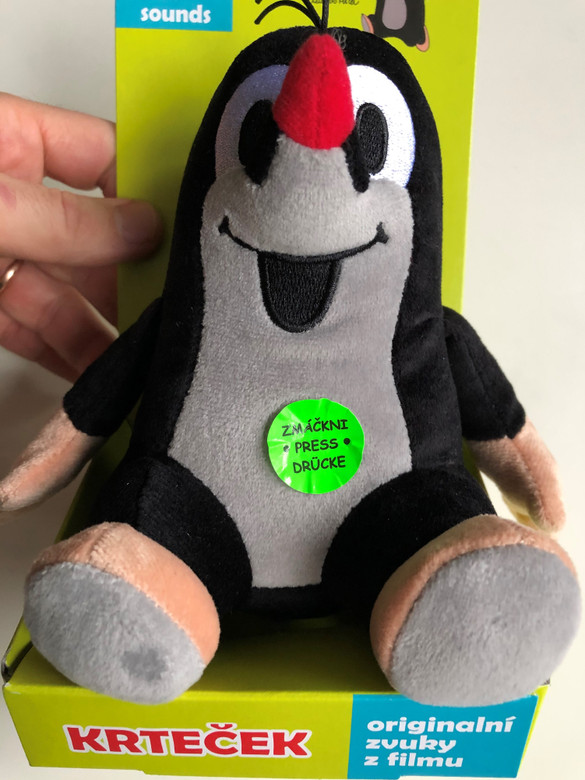 MADE IN CZECH REPUBLIC 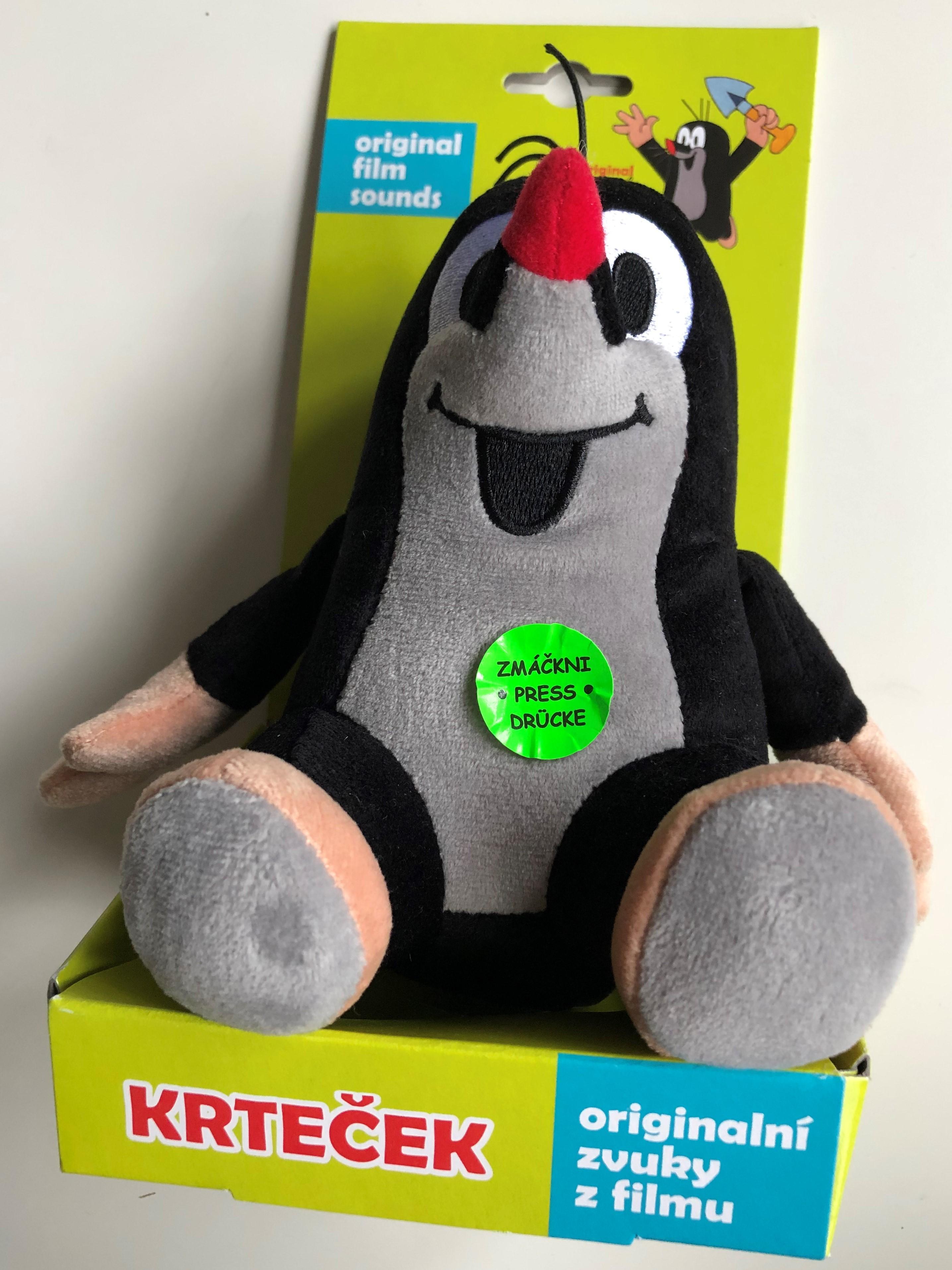 Instuctions for use can be found after opening out the paper box.
Replacement of batteries: 3x LR44 or AG13 (DC3x1.5V) 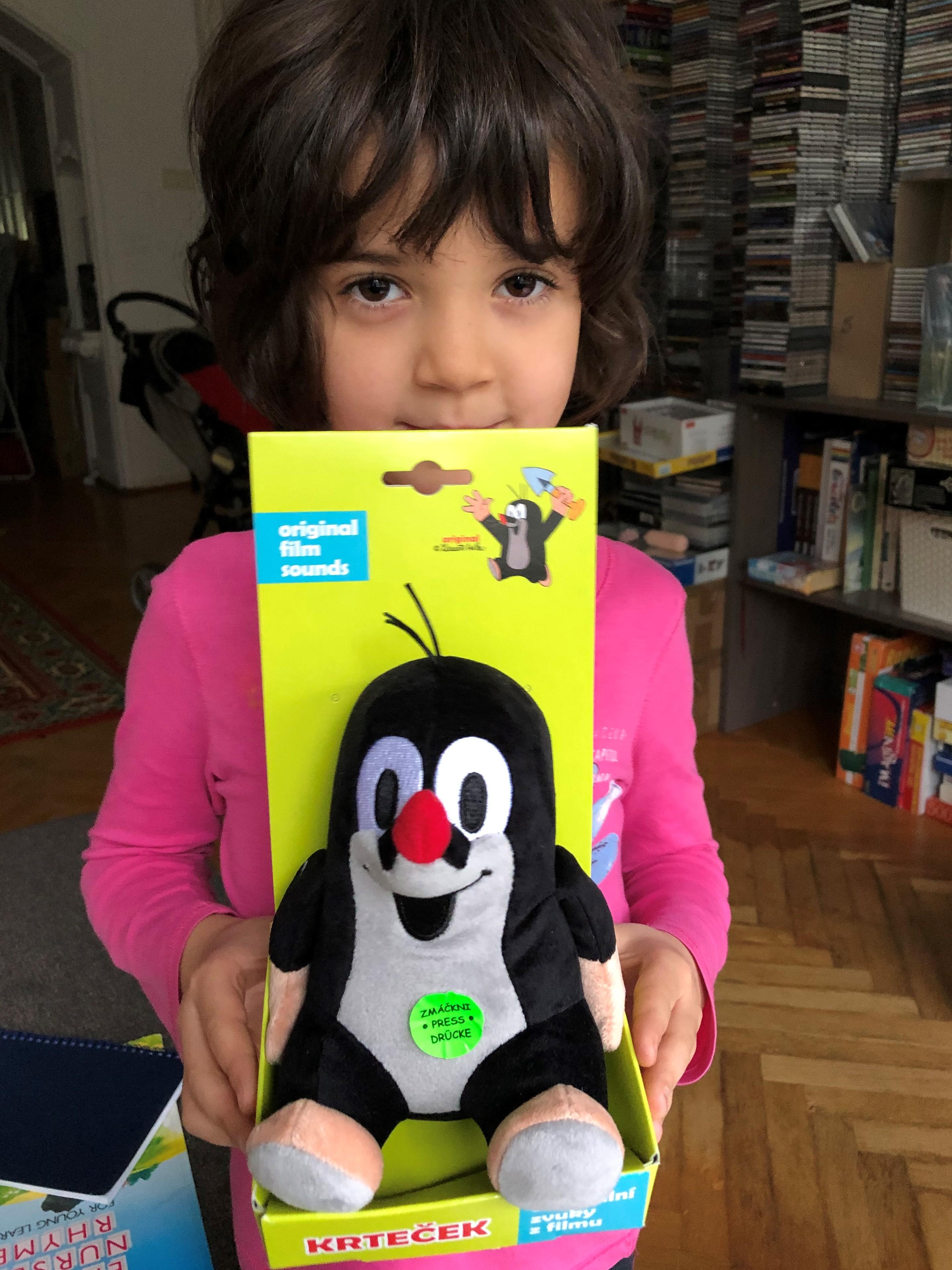 Miler made about 70 films. In approximately 50 of them, the protagonist was his most famous creation, the small mole (Krtek in Czech). The idea for its creation came when he was commissioned to make an educational film for children in 1956. He was not happy with the script he was given. Since he was strongly influenced by the films of Walt Disney, he looked for an animal as the main character. Later, he said that the idea to use a mole as his main character came to him when he stumbled over a mole hill during a walk. The first film was titled Jak krtek ke kalhotkám přišel (How the mole got his trousers), which won a Silver Lion at the Venice Film Festival. In the beginning, the mole spoke, but Miler wanted his creation to be understood everywhere in the world, so he decided to use his daughters as voice actors, reducing the speech to short non-figurative exclamations in order to express Krtek's feelings and world perception. His daughters were also his test audience, who got to see the films first. Thus, Miler could see whether his message resonated with children. 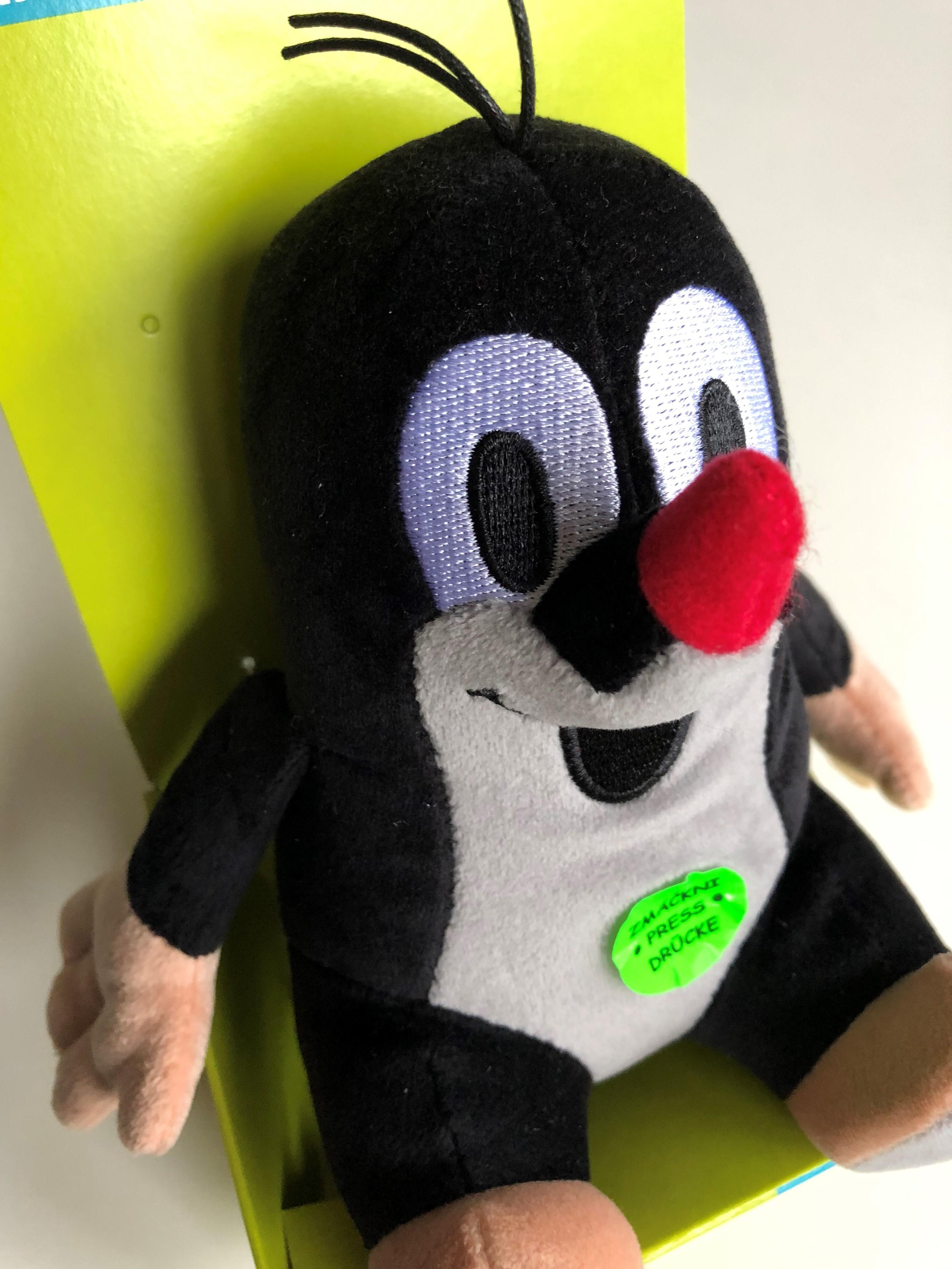