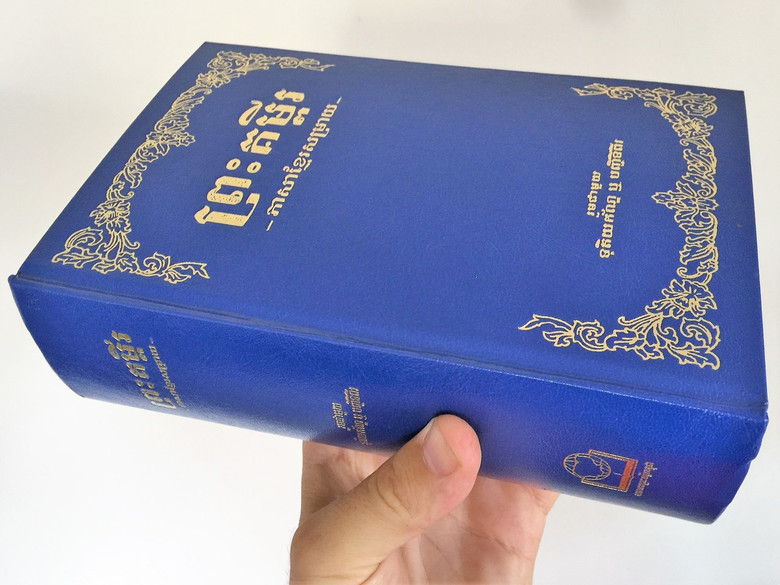 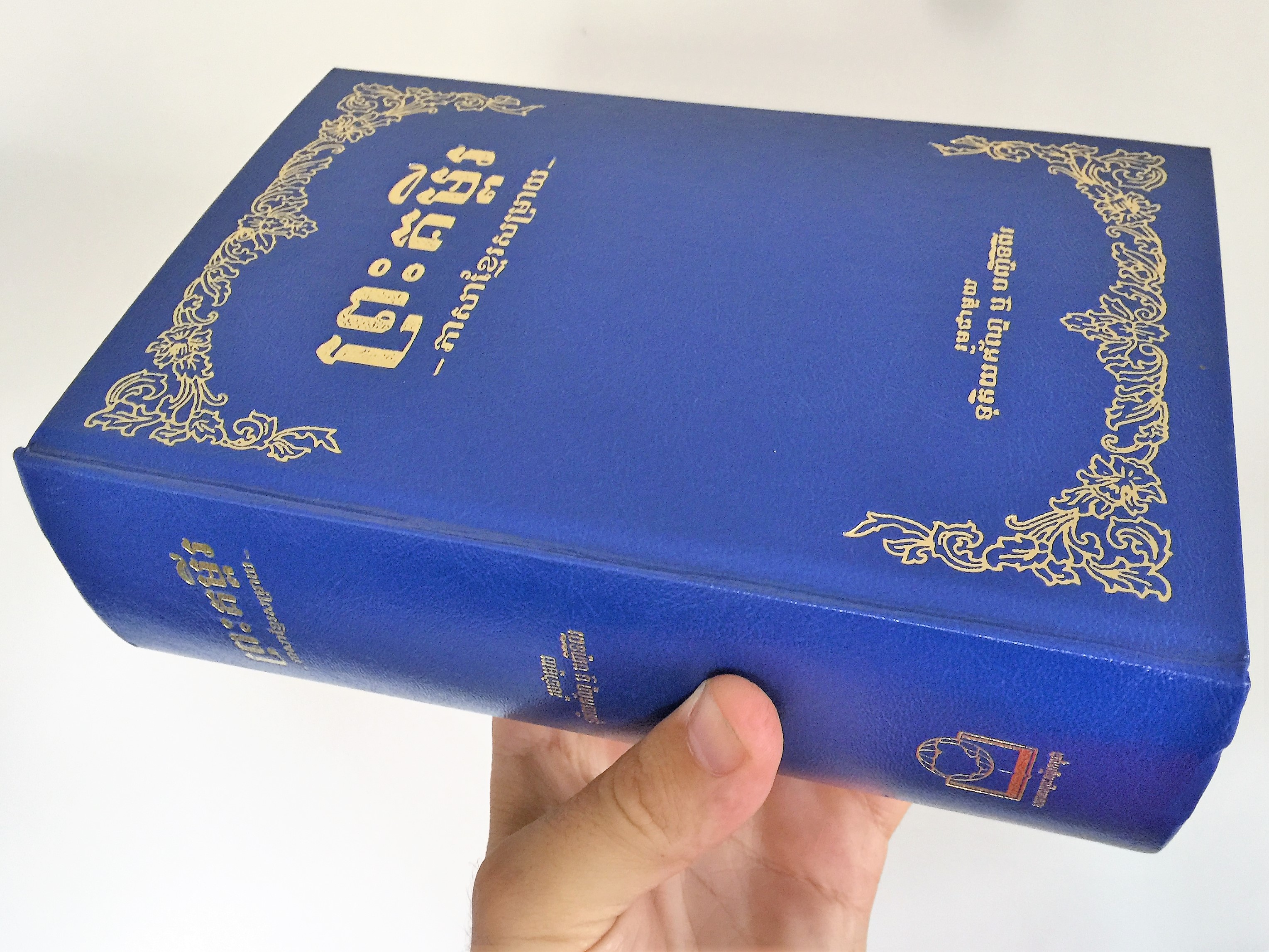 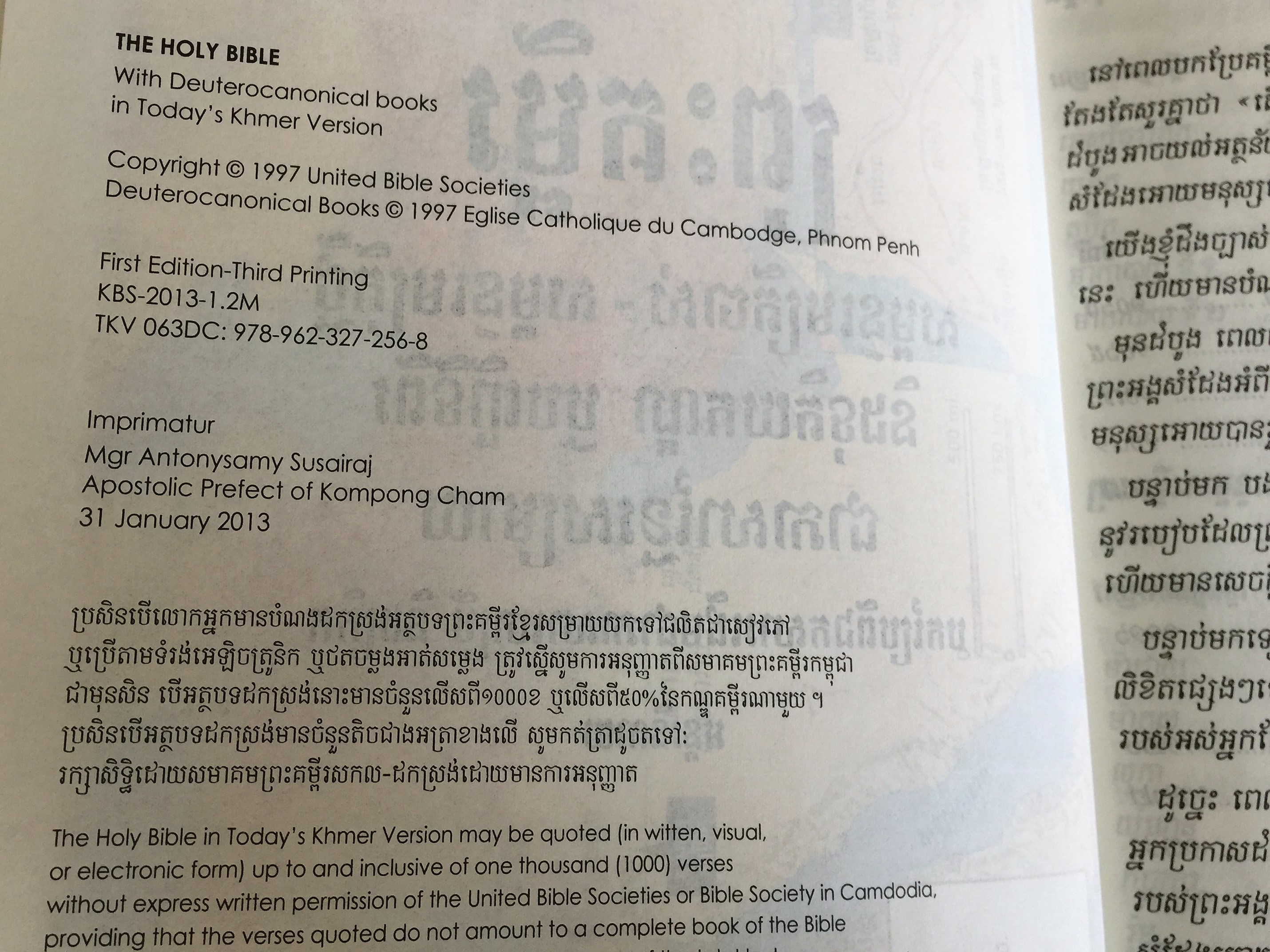 This is an OUT OF PRINT BIBLE!   Very rare! 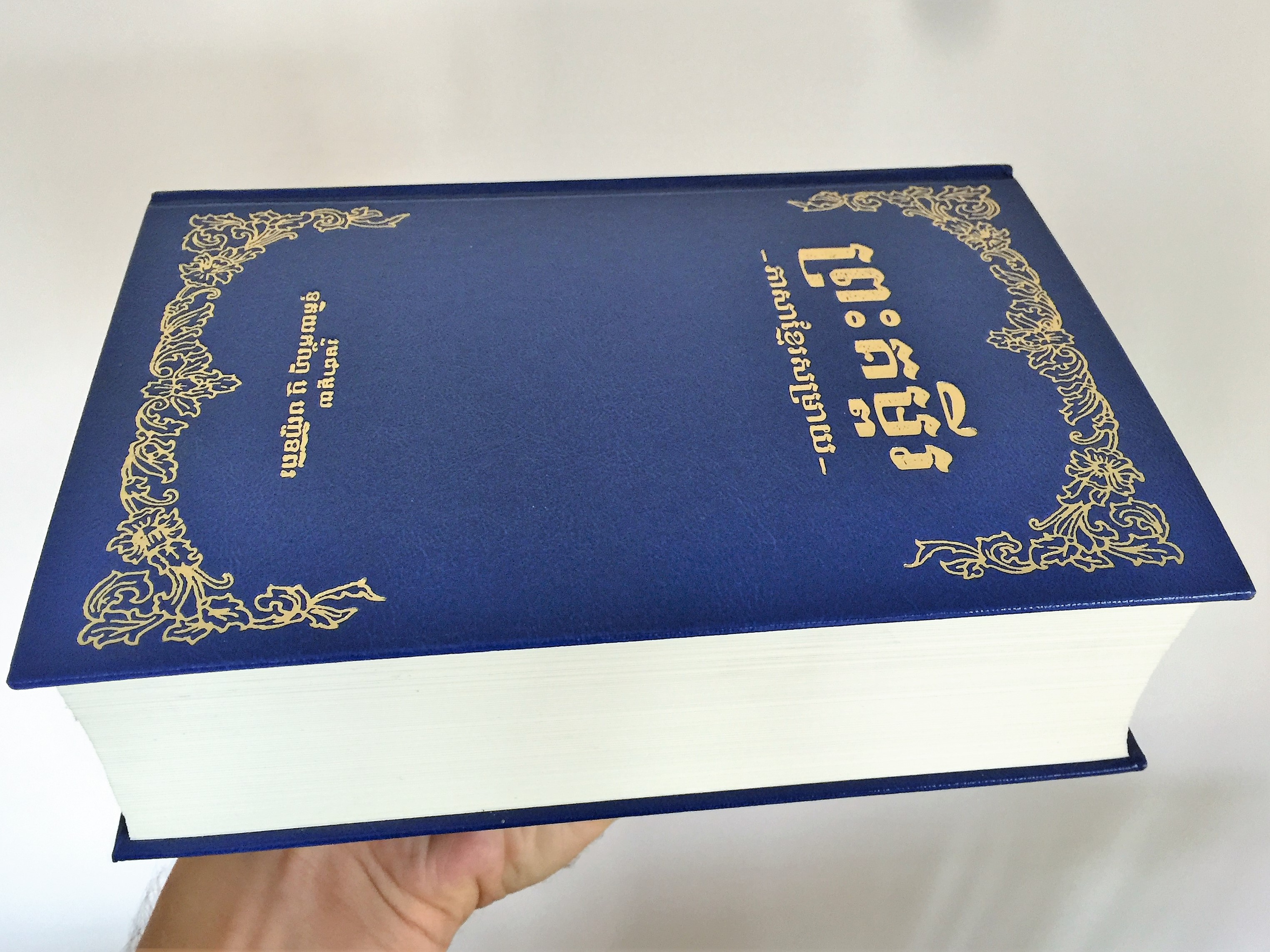 The largest of the ethnic groups in Cambodia are the Khmer, who comprise approximately 90% of the total population and primarily inhabit the lowland Mekong subregion and the central plains. The Khmer historically have lived near the lower Mekong River in a contiguous arc that runs from the southern Khorat Plateau where modern-day Thailand, Laos and Cambodia meet in the northeast, stretching southwest through the lands surrounding Tonle Sap lake to the Cardamom Mountains, then continues back southeast to the mouth of the Mekong River in southeastern Vietnam.