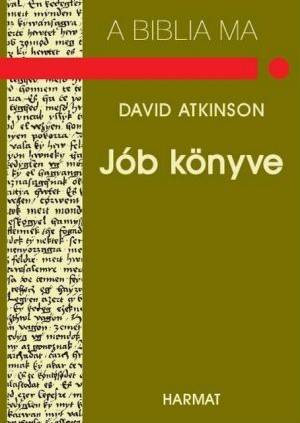 Jób könyve - A BIBLIA MA by DAVID ATKINSON - HUNGARIAN TRANSLATION OF The Message of Job (Bible Speaks Today) / The message of Job is both a comfort to us in our own suffering and a model for our ministry to others in pain.

Jób könyve - A BIBLIA MA by DAVID ATKINSON - HUNGARIAN TRANSLATION OF The Message of Job (Bible Speaks Today) / The message of Job is both a comfort to us in our own suffering and a model for our ministry to others in pain.

David John Atkinson(born 5 September 1943) is the former Bishop of Thetford. Atkinson was educated at Maidstone Grammar School and King's College London (he became an Associate of King's College {AKC} and, at other points, a Doctor of Philosophy {PhD}, Master of Letters {MLitt}, Oxford Master of Arts {MA Oxon}, and Bachelor of Science {BSc}).bAfter a short career as a chemistry teacher he was ordained in 1973. His career began with a curacy at St Peter Halliwell, Bolton, after which he was Curate at St John, Harborne, Birmingham, and then Librarian at Latimer House, Oxford. From 1977 he was Chaplain (and a Fellow) of Corpus Christi College, Oxford, and part-time Lecturer at Wycliffe Hall, then a Canon Residentiary at Southwark Cathedral and finally (before his elevation to the Episcopate) Archdeacon of Lewisham. He was Bishop of Thetford from 2001 to 2009. In 2009 he became an Assistant Bishop in the Diocese of Southwark. He has been Northrupp Visiting Professor at Hope College, Holland, Michigan, and Visiting Lecturer at St John's College, Hong Kong, and at the South Asia institute of Advanced Christian Studies. He is a member of the Society of Ordained Scientists, and has served on the Board of Operation Noah. Atkinson is married with two children and eight grandchildren. He retired on 16 September 2009. On 11 February 2017, Atkinson was one of fourteen retired bishops to sign an open letter to the then-serving bishops of the Church of England. In an unprecedented move, they expressed their opposition to the House of Bishops' report to General Synod on sexuality, which recommended no change to the Church's canons or practices around sexuality. By 13 February, a serving bishop (Alan Wilson, Bishop of Buckingham) and nine further retired bishops had added their signatures; on 15 February, the report was rejected by synod.

The fact of suffering in the world challenges us with its questions. The book of Job is all about human suffering. Its portrayal of one man's sufferings, the ineffective responses of his friends, and his struggle for faith and understanding mirrors our own experiences in the world. David Atkinson offers a pastoral exploration of Job's story. His compelling exposition shows the power of the book of Job to reach into our human situation and to engage with our human needs. It offers, he believes, the strong comfort which comes from knowing that someone else has been there before. The message of Job is both a comfort to us in our own suffering and a model for our ministry to others in pain. 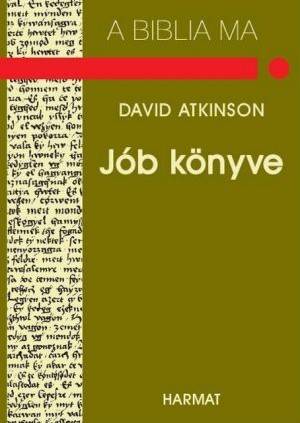