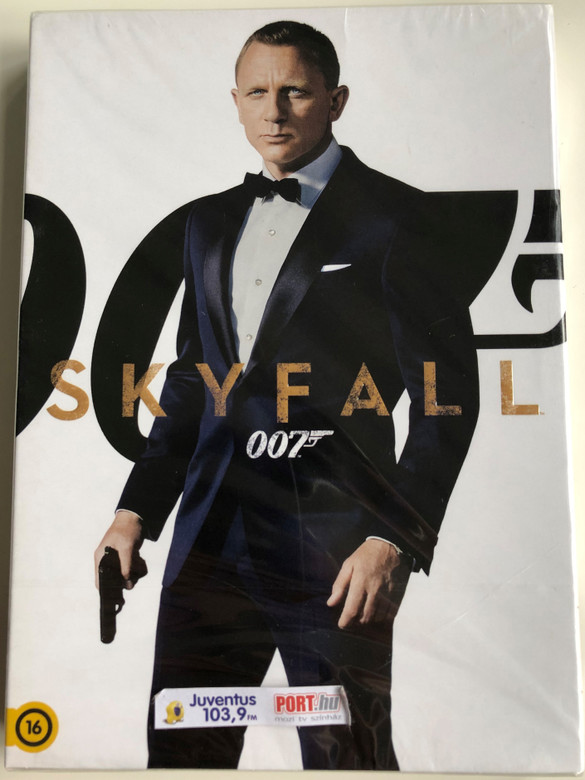 Skyfall is a 2012 spy film and the twenty-third in the James Bond series produced by Eon Productions. The film is the third to star Daniel Craig as fictional MI6 agent James Bond and features Javier Bardem as Raoul Silva, the villain, and Judi Dench as M. It was directed by Sam Mendes and written by Neal Purvis, Robert Wade, and John Logan, and features the theme song "Skyfall", written and performed by Adele. It was theatrically distributed by Sony Pictures Releasing. The story centres on Bond investigating an attack on MI6 that leads to a wider plot by former agent Raoul Silva to discredit and kill M as revenge for abandoning him. It sees the return of two recurring characters after an absence of two films: Q, played by Ben Whishaw, and Miss Moneypenny, played by Naomie Harris.

In Istanbul, MI6 agents James Bond and Eve Moneypenny pursue mercenary Patrice, who has stolen a hard drive containing details of undercover agents. As Bond and Patrice fight atop a moving train, M orders Moneypenny to shoot Patrice, despite not having a clear shot; Moneypenny inadvertently hits Bond, who falls into a river. Bond is presumed dead and Patrice escapes with the hard drive.

Three months later, due to a public inquiry into M's handling of the stolen hard drive, she is pressured to retire by Gareth Mallory, the chairman of the Intelligence and Security Committee of Parliament and a former SAS officer. Although she claims she is still useful, MI6's servers are hacked, and M receives a taunting computer message moments before the MI6 building explodes. Bond, who used his presumed death to retire, learns of the attack and returns to service in London. He fails a series of physical, medical, and psychological examinations, but M approves his return to the field, ordering him to identify Patrice's employer, recover the hard drive, and kill Patrice. He meets Q, MI6's new quartermaster, who gives him a radio beacon and a Walther PPK pistol.