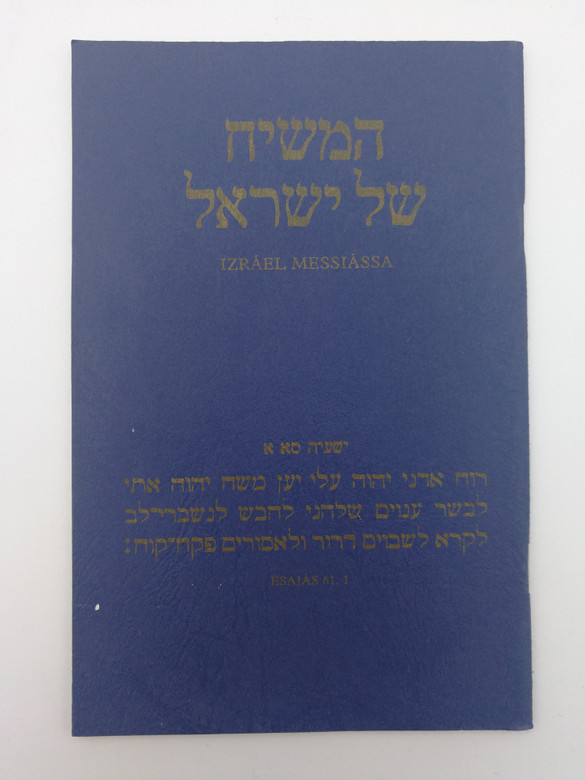 In Abrahamic religions, a messiah or messias (Hebrew: מָשִׁיחַ‎, romanized: māšîaḥ; Greek: μεσσίας, messías; Arabic: مسيح‎, masîḥ; lit. 'the anointed one') is a saviour or liberator of a group of people. The concepts of mashiach, messianism, and of a Messianic Age originated in Judaism, and in the Hebrew Bible, in which a mashiach is a king or High Priest traditionally anointed with holy anointing oil.

Ha mashiach (המשיח‎, 'the Messiah'), often referred to as melekh mashiach (מלך המשיח‎, 'King Messiah'), is to be a human leader, physically descended from the paternal Davidic line through King David and King Solomon. He is thought to accomplish predetermined things in only one future arrival, including the unification of the tribes of Israel, the gathering of all Jews to Eretz Israel, the rebuilding of the Temple in Jerusalem, the ushering in of a Messianic Age of global universal peace, and the annunciation of the world to come.

Messiahs were not exclusively Jewish, however, and the concept of 'the' Messiah as a single individual is a strictly post-Biblical tradition as it is not found in the Old Testament.

The Greek translation of Messiah is Khristós (Χριστός), anglicized as Christ. Christians commonly refer to Jesus of Nazareth as either the "Christ" or the "Messiah", believing that the messianic prophecies were fulfilled in the mission, death, and resurrection of Jesus and that he will return to fulfill the rest of messianic prophecies. Moreover, unlike the Judaic concept of the Messiah, Jesus Christ is additionally considered by Christians to be the Son of God.