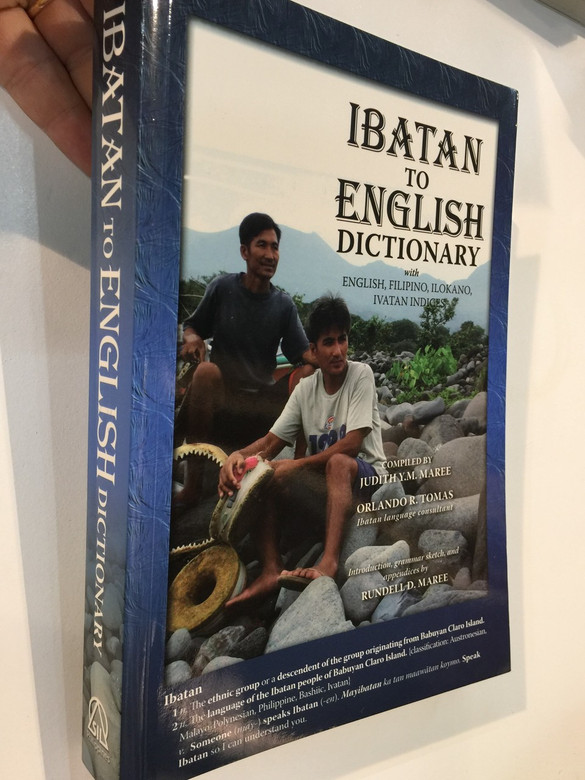 Published in cooperation with the Commission on Philippine Languages and the Department of Education Manila, Philippines

Printed in the Philippines

The Ivatan (Ibatan) language, also known as Chirin nu Ibatan ("language of the Ivatan people"), is an Austronesian language spoken in the Batanes Islands.

Although the islands are closer to Taiwan than to Luzon, it is not one of the Formosan languages. Ivatan is one of the Batanic languages, which are perhaps a primary branch of the Malayo-Polynesian family of Austronesian languages.

The language of Babuyan Island is a dialect. Babuyan was depopulated by the Spanish and only repopulated at the end of the Spanish era with families from Batan Island.