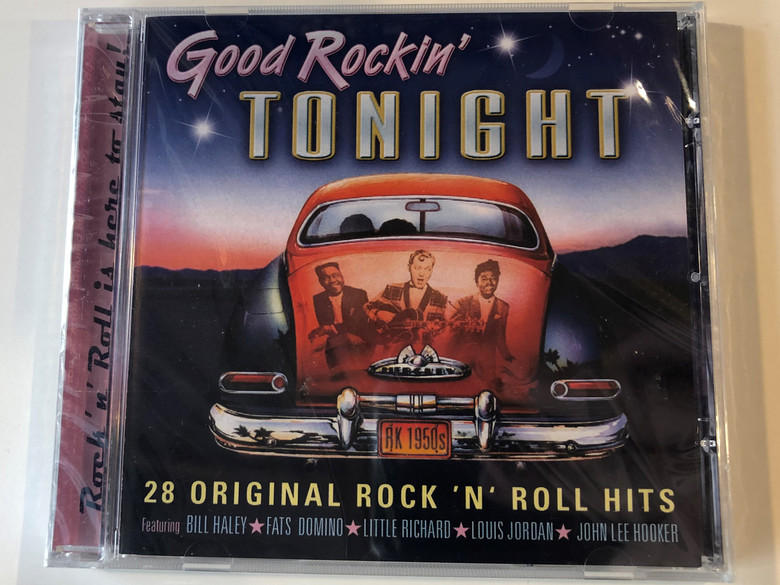 Label: Prism Leisure ‎– PLATCD1243
Format: CD, Compilation
Released: 2004
Genre: Rock
Style: Rock & Roll
Editorial Review:
European copyright law, which allows into the public domain recordings that are more than 50 years old, has fathered scores of poorly assembled and packaged collections of music that is still claimed by American companies. But there are instances in which the free-for-all has led to interesting albums that couldn't have been compiled or issued -- especially at an inexpensive price -- in the U.S. due to the many competing record labels involved. A case in point is Prism Leisure's 2004 album Good Rockin' Tonight: 28 Original Rock 'n' Roll Hits, which gathers together recordings made between 1947 and 1953 of what in those days was known as jump blues or rhythm & blues music. Titles like "Hound Dog," "Good Rockin' Tonight," "One Scotch, One Bourbon, One Beer," and "Big Ten Inch (Record of the Blues)" have become familiar to rock fans in the hands of Elvis Presley, George Thorogood, and Aerosmith, among others, but these recordings are the early ones performed by black artists like Big Mama Thornton, Wynonie Harris, Amos Milburn, and Bull Moose Jackson. (Particularly interesting is Dave Bartholomew's "My Ding-a-Ling," the unacknowledged precursor to Chuck Berry's 1972 number one hit of the same name.) There are better known names here, too, among them Bill Haley, Lloyd Price, Louis Jordan, Fats Domino, and John Lee Hooker, but many of these artists never went much beyond the chitlin circuit, despite their talents and the success of their recordings; ten of the 28 heard here hit number one or two in the R&B charts. Of course, some of the disadvantages of a public domain collection are found here. With the tracks mastered off records, the sound quality is occasionally uneven (there is a noticeable mixing problem in the middle of Haley's "Crazy Man Crazy," the leadoff track, for example), and the packaging is deceptive: Little Richard's picture and name are shown on the cover, but his music is not heard on the disc! 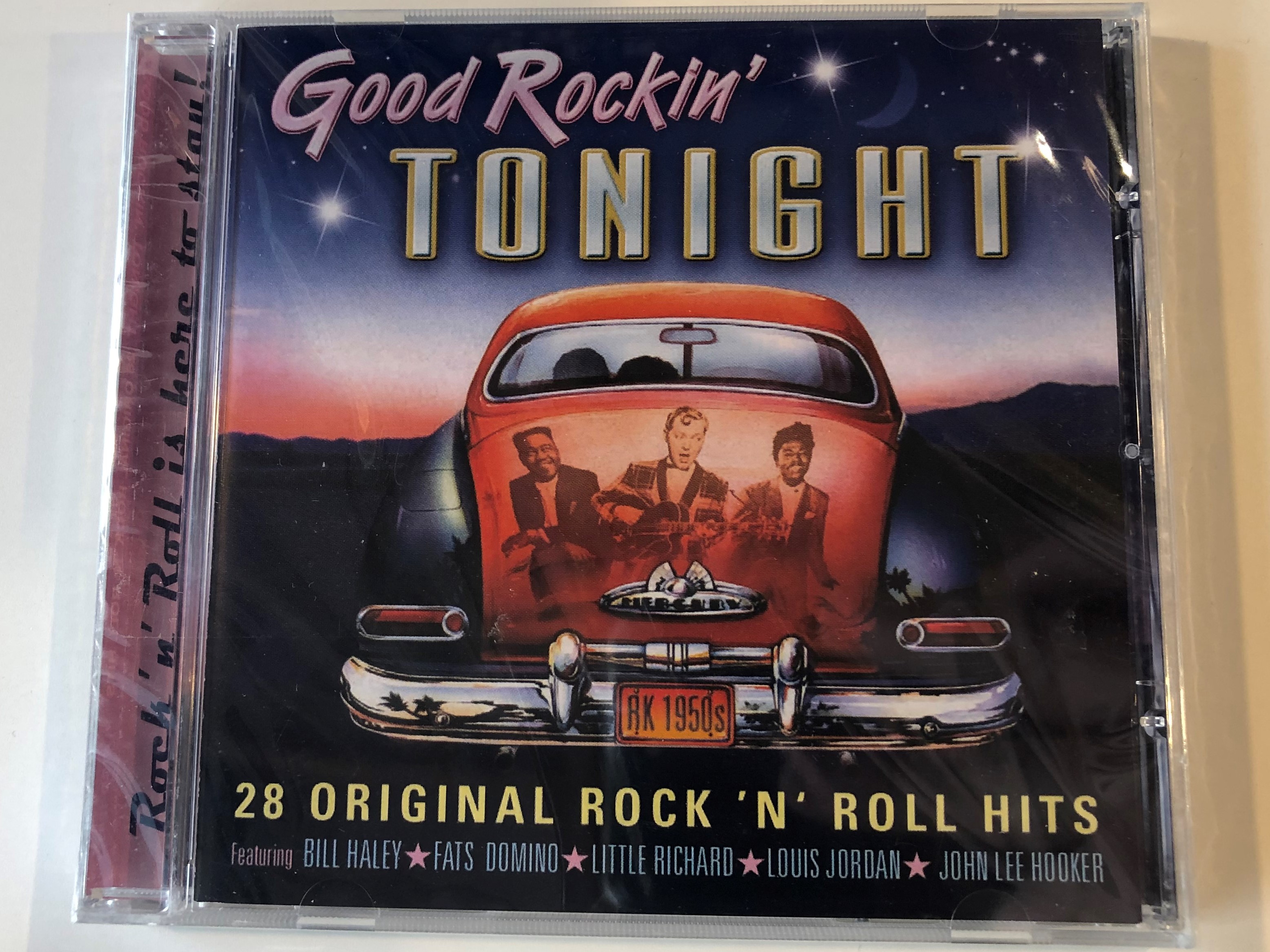 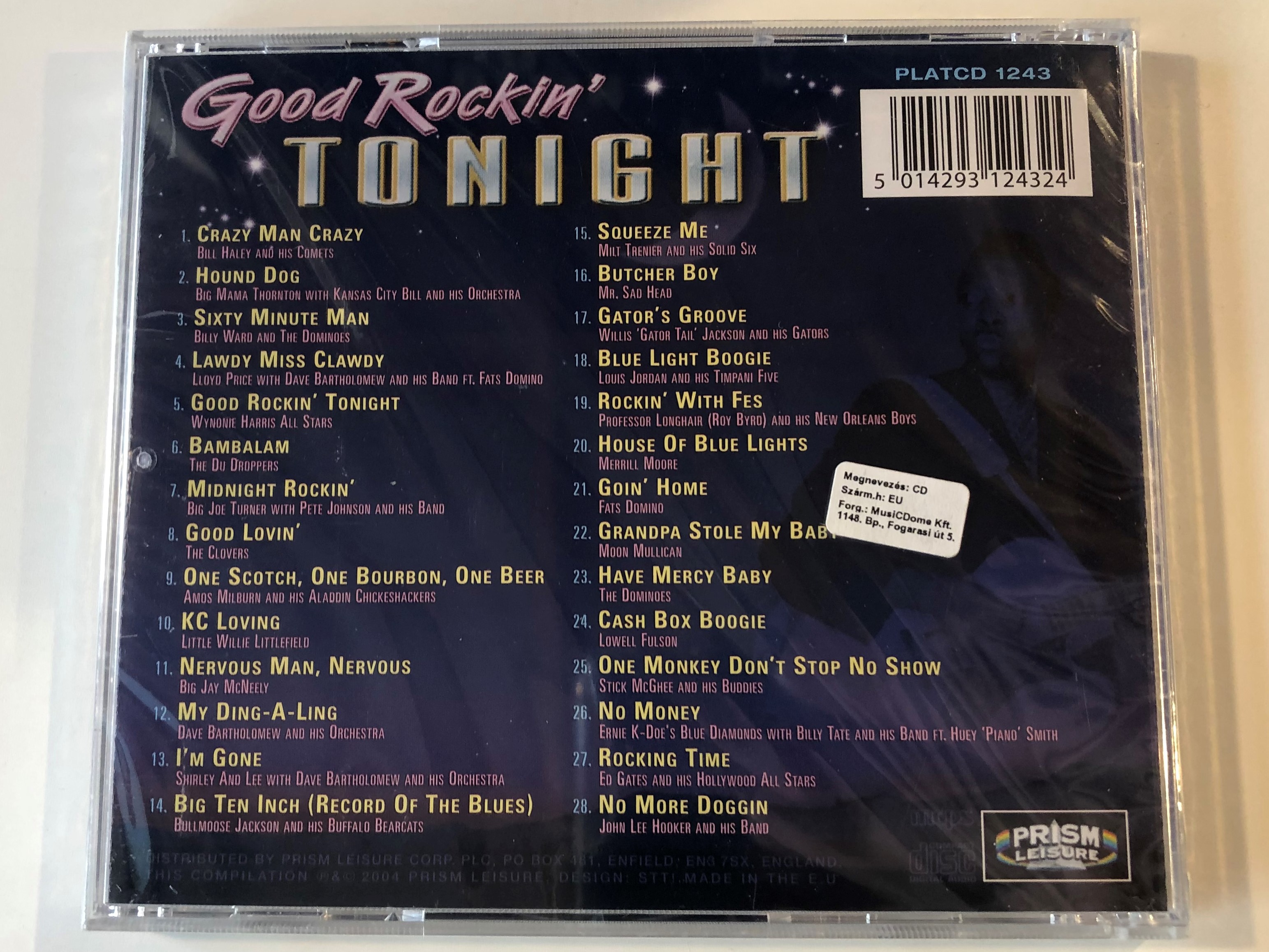