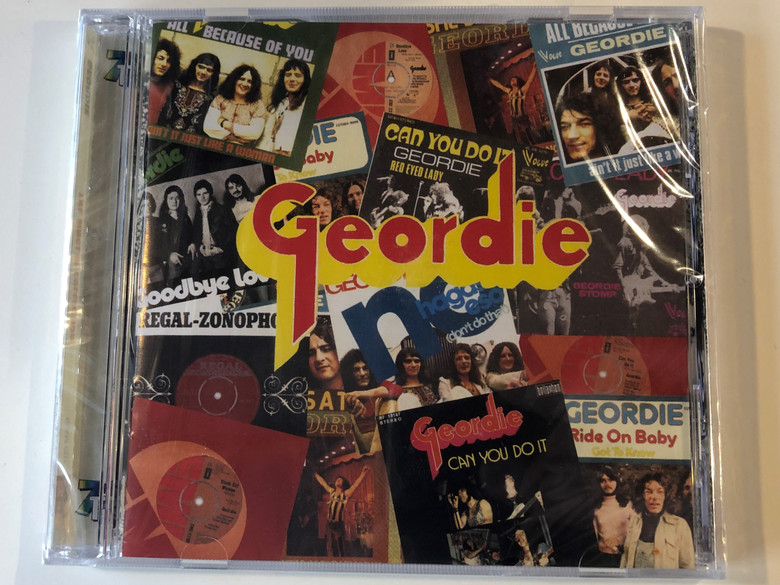 Label: 7T's Records ‎– GLAM CD 7
Format: CD, Compilation
Country: UK
Released: 2001
Genre: Rock
Style: Hard Rock, Glam
Editorial Review:
If glam-era rockers Geordie are remembered for much these days, it is for handing on vocalist Brian Johnson to AC/DC at a time when most observers reckoned both he (and they) were long past their sell-by date. Geordie, in particular, had scarcely been heard of in seven years, failing even to impact on the one recent movement that seemed custom-built for them, the so-called New Wave of British Heavy Metal. But AC/DC knew what they were getting, and anyone casting their ears back to Geordie's prime will realize they weren't kidding themselves. Reiterating (of course) the string of singles that Geordie cut between 1972-1975, The Singles Collection opens with the solid quartet upon which their reputation is still based, the hits "Don't Do That," "All Because of You," "Can You Do It," and "Red Eyed Lady." Glam without the glitter, all are loud and stomping, all show a sizeable debt to the then all-conquering Slade, and it is that, perhaps, which scuppered the band's chances of advancing any further than they did. By late 1973, Slade themselves had realized it was time to move on. Geordie never did, and, though four final singles all pack a mighty punch ("Black Cat Woman" is an absolute powerhouse), they said nothing that one or other band had not already shouted loudly before. Looking deeper, however, the group's B-sides offer an alternate direction that they were rather silly not to have followed -- the traditional "Geordie's Lost His Liggie" might only have succeeded as a novelty hit, but it remains utterly captivating long after the likes of "She's a Teaser" and "Ride on Baby" have lost their punch. Rounding out the collection, both sides of a 1975 Brian Johnson single predict Geordie's demise several months before the band itself called it quits -- they might also, though nobody knew it at the time, offer a hint of what he would be doing a mere four years down the road. But that is another story entirely, and this album should be owned by many more people than mere AC/DC archaeologists.

Geordie were a British glam rock band from Newcastle upon Tyne, most notably active in the 1970s.

The original (from February 1972) Geordie line-up included: Vic Malcolm (lead guitar), Tom Hill (bass guitar), Brian Gibson (drums) and Brian Johnson (lead vocals). Their first single, "Don't Do That" broke into the Top 40 of the UK Singles Chart in December 1972. In March 1973, Geordie released their debut album, Hope You Like It on EMI label. Trying to compete with such British glam rock outfits as Slade and Sweet (Geordie supported the former on a UK tour, as well as the latter at a concert at the Rainbow Club, London in March 1973), they achieved UK Top 10 status with "All Because of You" (April 1973) and had a UK Top 20 hit with "Can You Do It" (July 1973). They also had several appearances on BBC Television including 15 appearances on Top of the Pops, one of which was in November 1972.

In the early 1970s, Geordie toured Australia regularly and gained a solid following in Newcastle, New South Wales, due to the "Newcastle" connection and the song "Geordie's Lost his Liggie" gained popularity and airplay in Newcastle. They were one of the regular touring bands to play at the "art deco" Savoy Theatre in Lambton. Their second album, Don't Be Fooled By The Name (1974), including a cover of traditional "House of the Rising Sun", failed to yield a hit.

After their 1976 album Save the World, frontman Johnson left for a solo project. The band's album, No Good Woman, in 1978 consisted of three unreleased tracks with Johnson and new material recorded by Malcolm with future Dire Straits keyboardist Alan Clark, vocalist Dave Ditchburn, bassist Frank Gibbon, and drummer George Defty. Johnson had meanwhile begun to perform as Geordie in a new line-up, sometimes also called Geordie II, in which he was the only original member. The band signed a recording contract in 1980, but finally folded that spring when Johnson replaced the late Bon Scott in AC/DC. 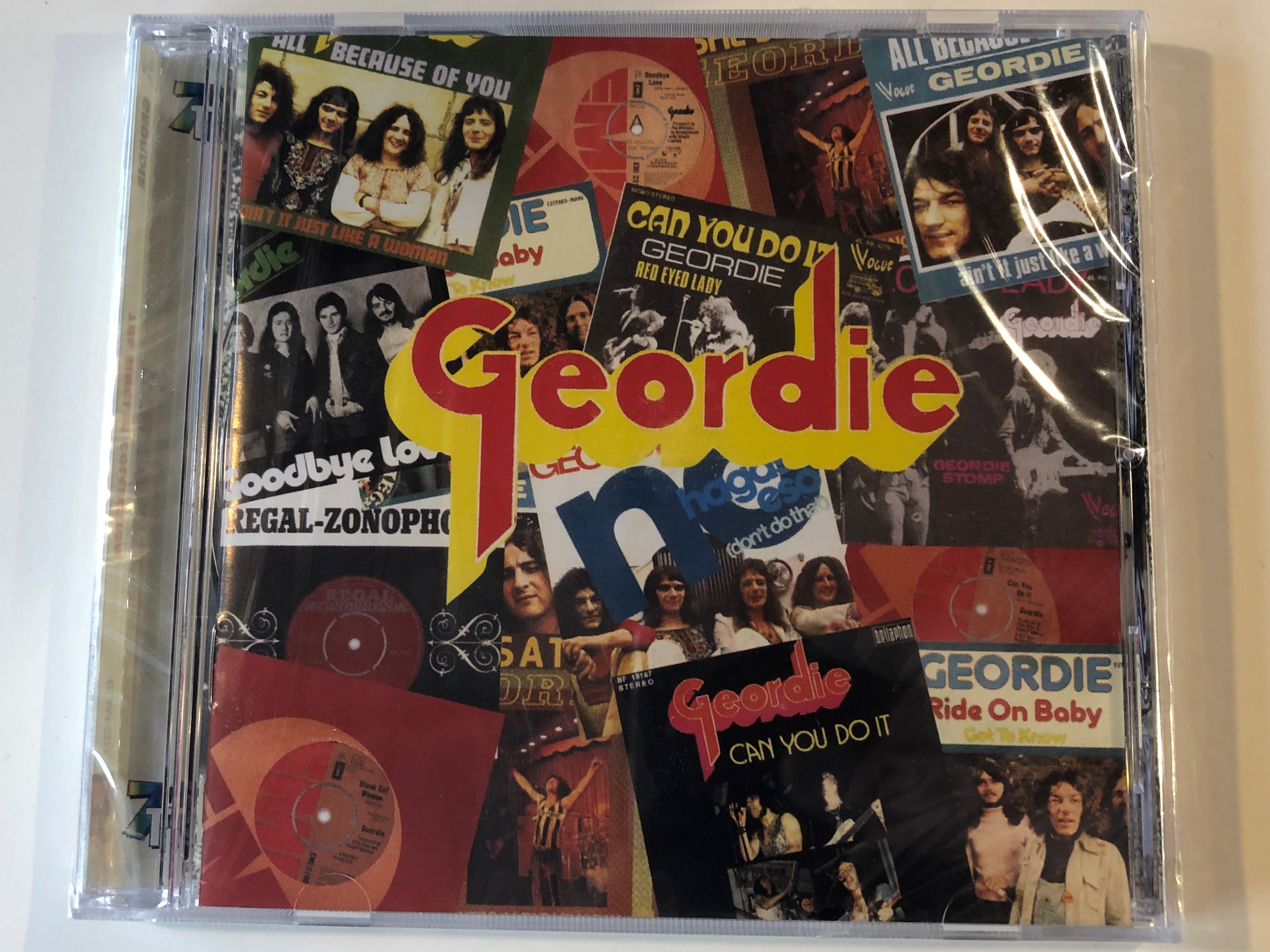 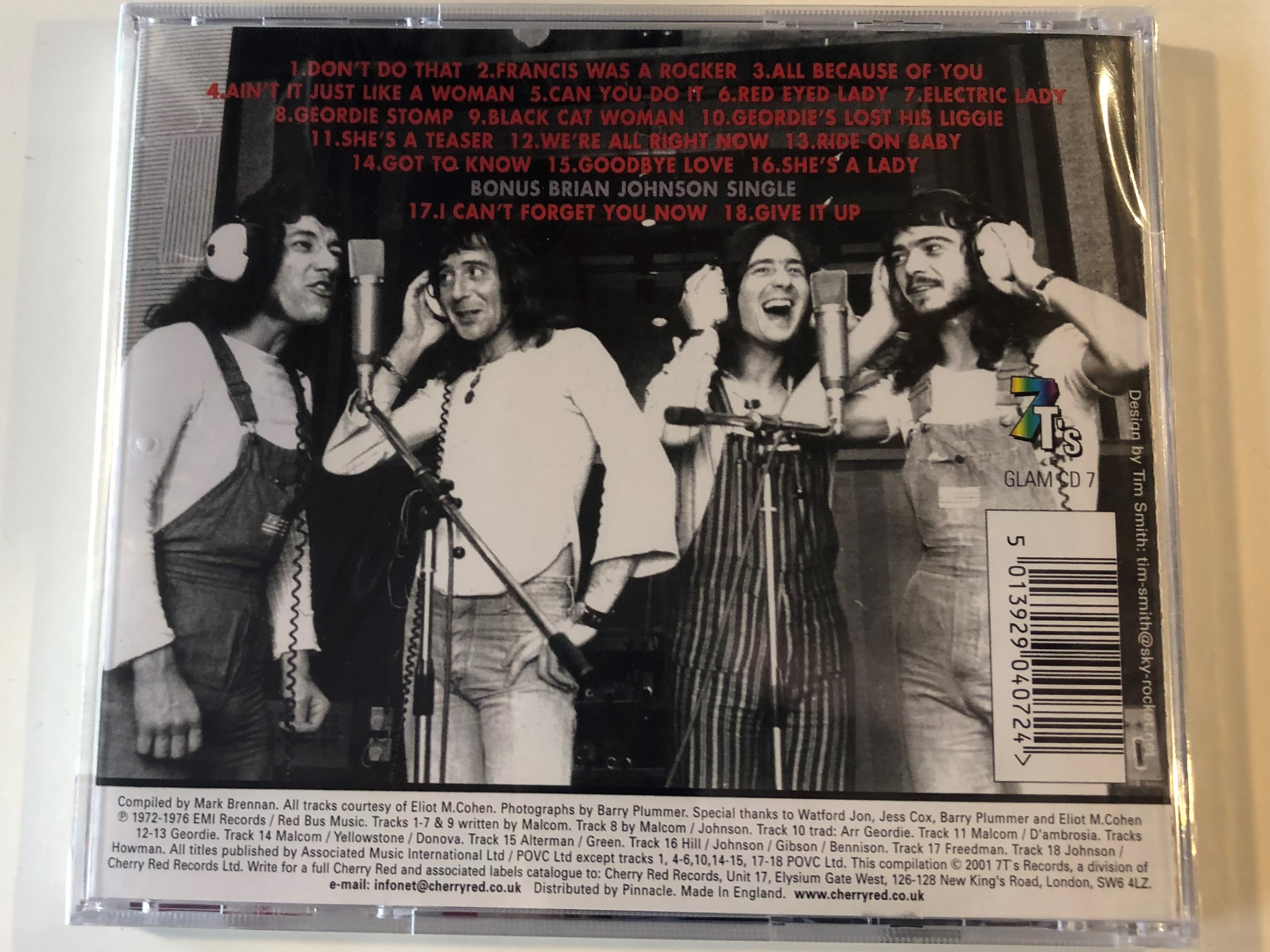