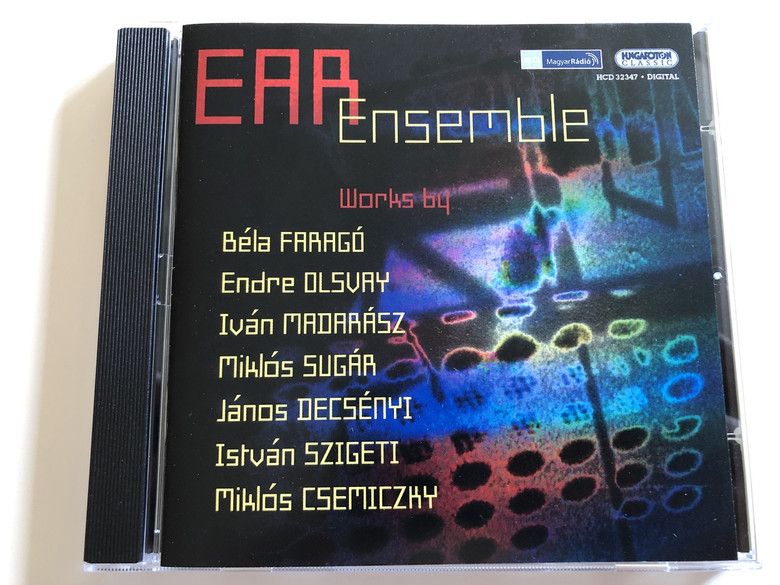 Endre Olsvay (1961-) graduated in 1986 from the Academy of Music, Budapest as a student of the composer Attila Bozay, then studied piano with Edit Hambalkó at the Teachers' Training College and also received a diploma there. He was member of the "Young Composers' Group" (F.Z.Cs.) between 1985 and 1993. Six different recordings of his five compositions have been relased so far - as a kind of anthology. In 2003 an own record was issued with his 8 compositions.
Parallel with his work of composition he is also active as a teacher: since 1986 he has been teaching in higher music education, from 2001 on at the Ferenc Liszt Academy of Music as well


János Decsényi was born in 1927 in Budapest. He studied piano under Magda Vásárhelyi and composition under Rezső Sugár at Conservatory and graduated from Endre Szervánszky’s composition department of the Liszt Ferenc Academy of Music. Since 1951 he has been on the staff of Hungarian Radio’s Music Department.
His works display his intense interest in other art forms and the classics.

István Szigeti (b.1952) is an Hungarian composer. Szigeti studied music composition under Kocsár Miklós, then under Szokolay Sándor and Zoltán Pongrácz.
He directed Magyar Rádió's H'EAR recording studio, a professional facility for composers of electroacoustic music, from 1982 to 1994.

Miklós Csemiczky Hungarian contemporary composer (born in Budapest in 1954). He works in both classical and electronic fields. 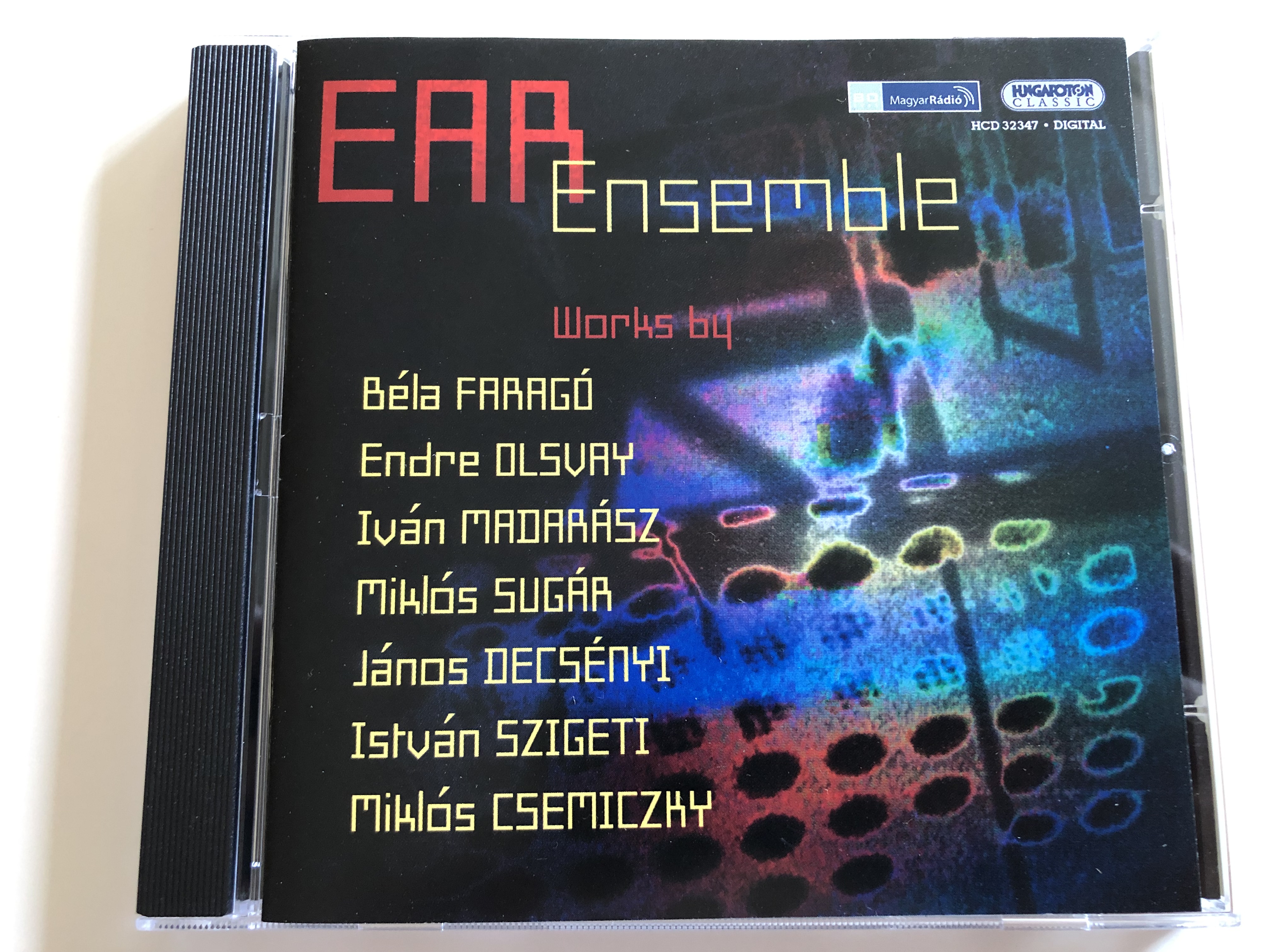 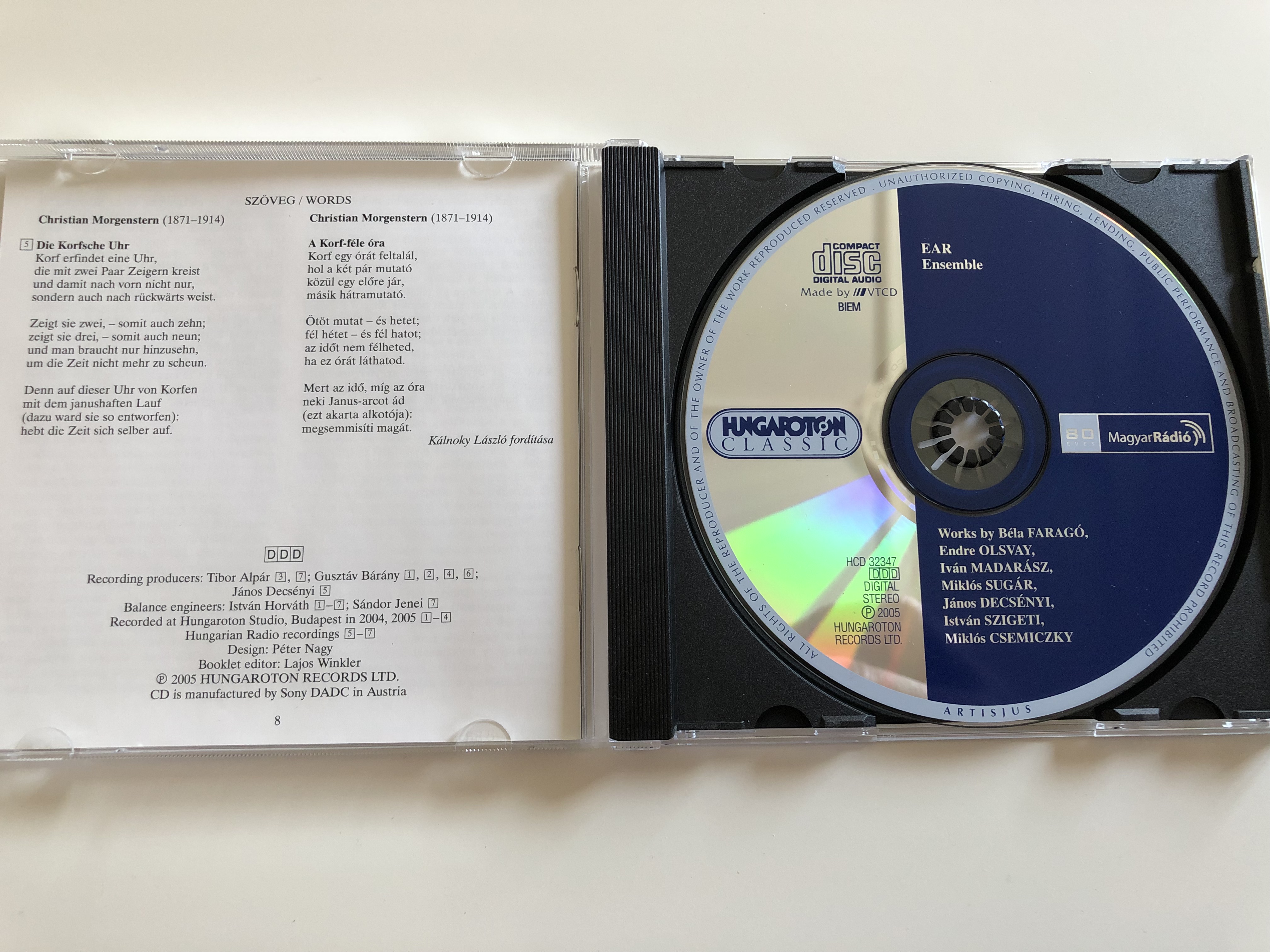 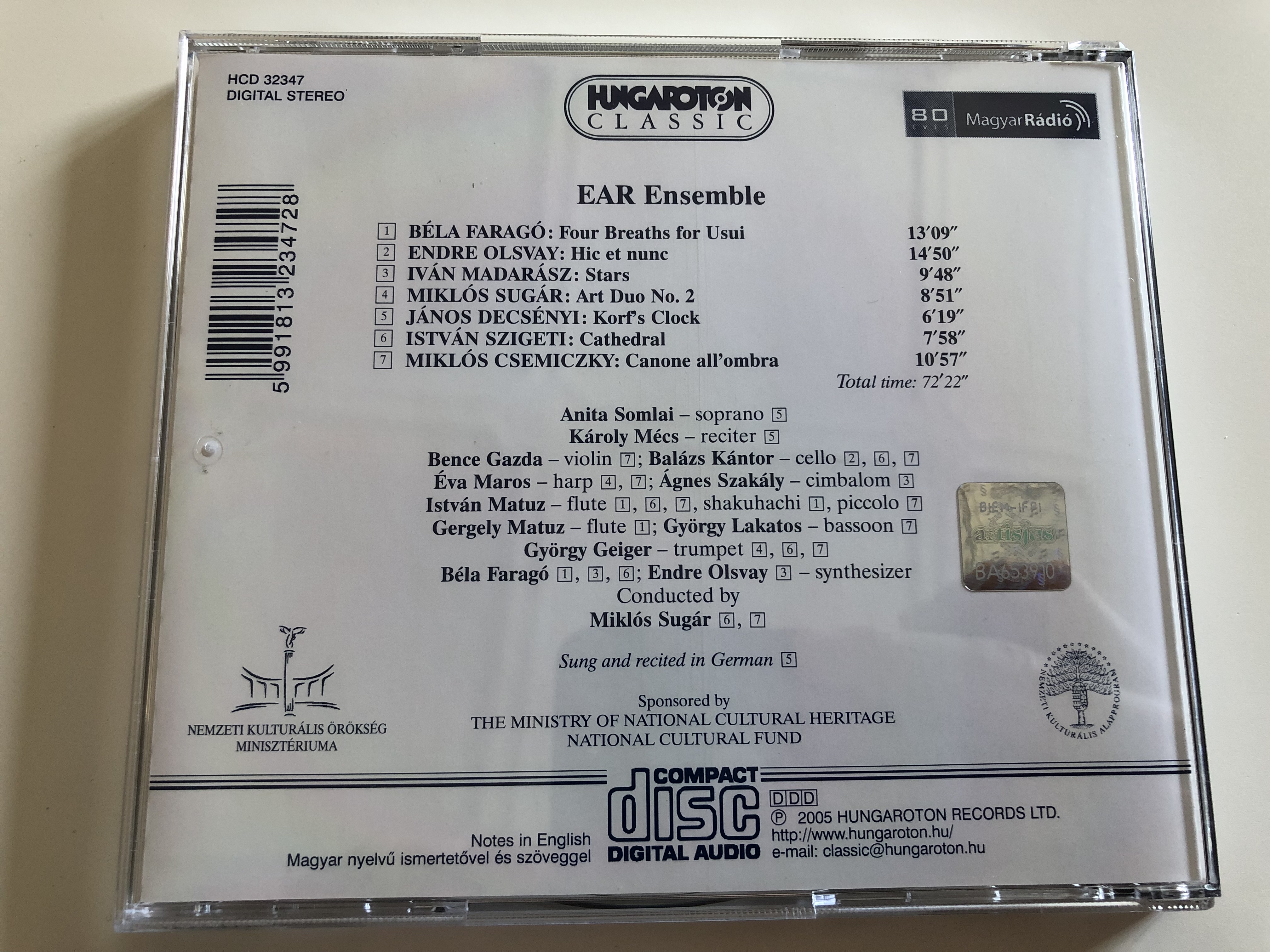