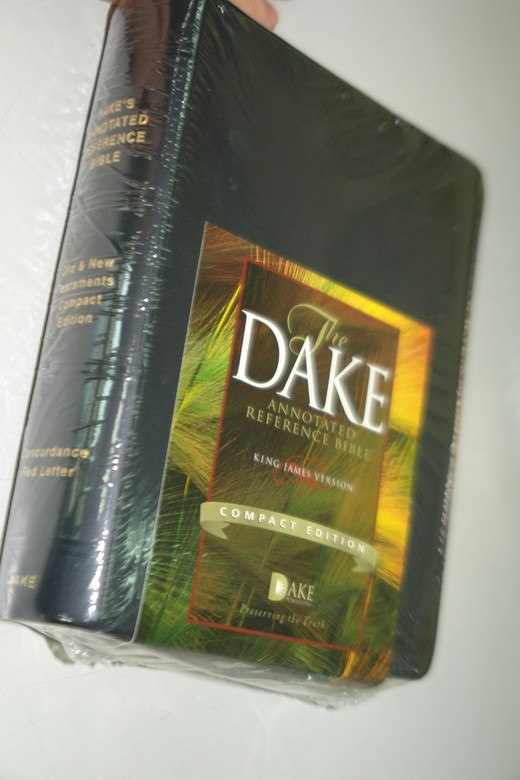 Born in 1902, Finis Jennings Dake was impacted by Pentecostal history as it was happening. He had a supernatural ability to flawlessly quote Scripture, which earned him a reputation as the "Walking Bible." Throughout his 84 years he pastored several churches, started a Bible school and lectured extensively. In the midst of his busy ministry, he also wrote several books, including the huge volume of notes in the Dake Annotated Reference Bible.

The words of Christ are in red, and Old Testament and New Testament Questions are found at the end of each section.

There is a complete concordance that lists every Bible word.

Plus, there are more than 8,000 outlines for sermons and the definitions of key Hebrew and Greek words are included.

There is also a complete summary at the conclusion of each book and over 500,000 helpful cross chain references for study.

Finis Jennings Dake (October 18, 1902 – July 7, 1987) was an American Pentecostal minister and evangelist born in Miller County, Missouri, known primarily for his writings on the subjects of Pentecostal (or Charismatic) Evangelical Christian spirituality and Premillennial Dispensationalism. His most well known work was the Dake Annotated Reference Bible.

The Dake Annotated Reference Bible (1963) was the first widely published study bible produced by someone from within Pentecostalism. His annotated Authorized King James Version of the Bible took seven years to complete. The 35,000 notes in the Dake Bible are considered by Christian theologians to be personal, rather than Biblically-based, commentary.