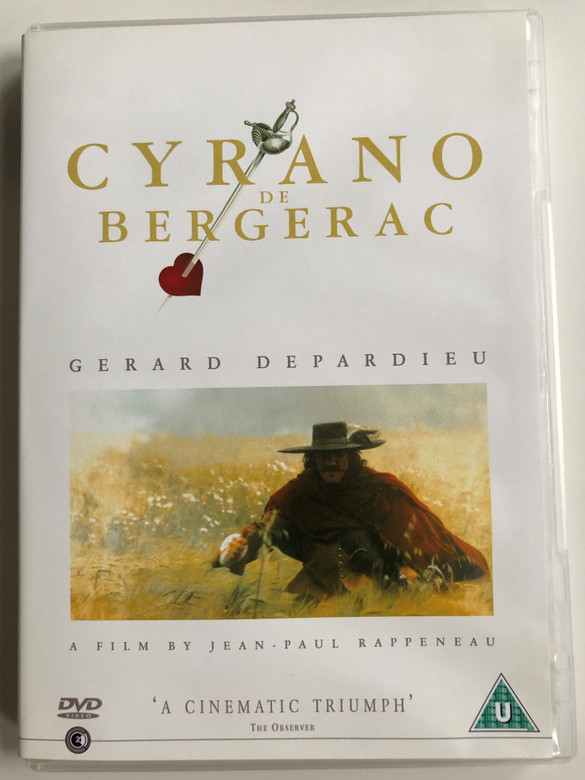 Cyrano de Bergerac is a Parisian poet and swashbuckler with a large nose of which he is self-conscious, but pretends to be proud. He is madly in love with his cousin, the beautiful Roxane; however, he does not believe she will requite his love because he considers himself physically unattractive, because of his overly large nose. Soon, he finds that Roxane has become infatuated with Christian de Neuvillette, a dashing new recruit to the Cadets de Gascogne, the military unit in which Cyrano is serving. Christian however, despite his good looks, is tongue-tied when speaking with women. Seeing an opportunity to vicariously declare his love for Roxane, he decides to aid Christian, who does not know how to court a woman and gain her love.

Cyrano aids Christian, writing love letters and poems describing the very emotions that Cyrano himself feels for Roxane. Roxane begins to appreciate Christian, not only for his good looks but also his apparent eloquence. She eventually falls in love with him and they contract a secret marriage in order to thwart the plans of the Comte de Guiche, an arrogant nobleman who is himself a frustrated wooer of Roxane. In revenge, De Guiche summons Christian to fight in the Siege of Arras against the Spanish. The siege is harsh and brutal: the Cadets de Gascogne are starving. Cyrano escapes over enemy lines each morning to deliver a love letter written by Cyrano himself but signed with Christian's name, sent to Roxane.