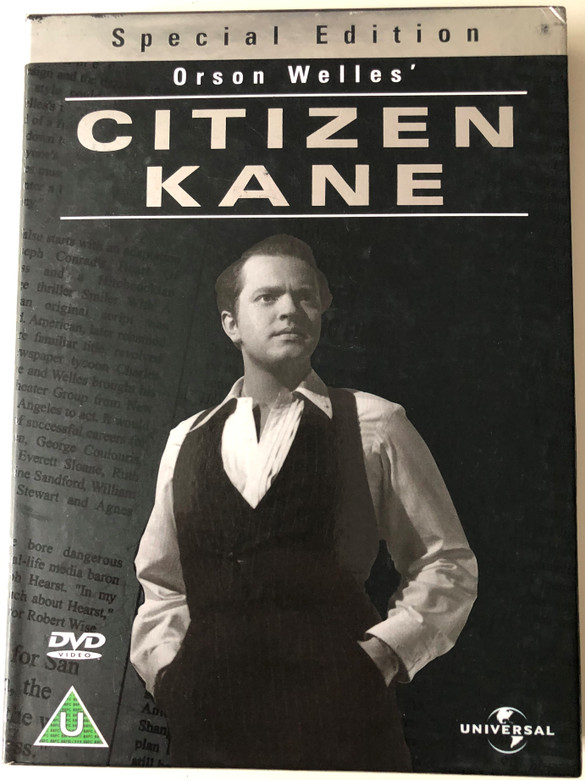 Orson Welles first feature film -- which he directed, produced, and co-wrote, as well as playing the title role -- proved to be his most important and influential work, a ground-breaking drama loosely based on the life of William Randolph Hearst which is frequently cited as the finest American film ever made. Aging newspaper magnate Charles Foster Kane (Orson Welles) dies in his sprawling Florida estate after uttering a single, enigmatic final word -- "Rosebud" -- and newsreel producer Rawlston (Phil Van Zandt) sends reporter Jerry Thompson (William Alland) out with the assignment of uncovering the meaning behind the great man's dying thought. As Thompson interviews Kane's friends, family, and associates, we learn the facts of Kane's eventful and ultimately tragic life: his abandonment by his parents (Agnes Moorehead and Harry Shannon) after he becomes the heir to a silver mine; his angry conflicts with his guardian, master financier Walter Parks Thatcher (George Coulouris); his impulsive decision that "it would be fun to run a newspaper" with the help of school chum Jedediah Leland (Joseph Cotten) and loyal assistant Mr. Bernstein (Everett Sloane); his rise from scandal sheet publisher to the owner of America's largest and most influential newspaper chain; his marriage to socially prominent Emily Norton (Ruth Warrick), whose uncle is the President of the United States; Kane's ambitious bid for public office, which is dashed along with his marriage when his opponent, corrupt political boss Jim Gettys (Ray Collins), reveals that Kane is having an affair with aspiring vocalist Susan Alexander (Dorothy Comingore); Kane's vain attempts to promote second wife Alexander as an opera star; and his final, self-imposed exile to a massive and never-completed pleasure palace called Xanadu. While Citizen Kane was a film full of distinguished debuts -- along with Welles, it was the first feature for Joseph Cotten, Everett Sloane, Ray Collins, Agnes Moorehead, and Ruth Warrick -- the only Academy Award it received was for Best Original Screenplay, for which Welles shared credit with veteran screenwriter Herman Mankiewicz.