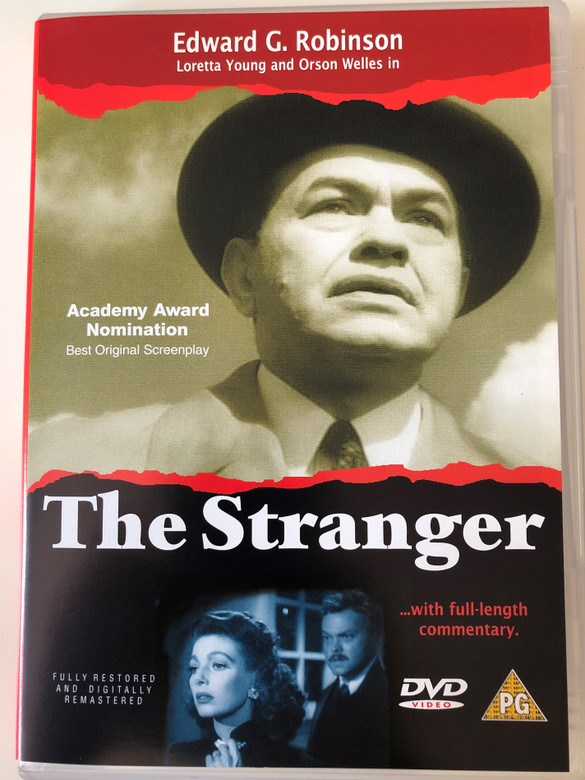 The Stranger is a 1946 American film noir starring Edward G. Robinson, Loretta Young, and Orson Welles. It is Welles's third completed feature film as director and his first film noir, about a war crimes investigator tracking a high-ranking Nazi fugitive to a Connecticut town. It is the first Hollywood film to present documentary footage of the Holocaust. The original story by Victor Trivas was nominated for an Academy Award. The film entered the public domain when its copyright was not renewed.

Mr. Wilson of the United Nations War Crimes Commission is hunting for Nazi fugitive Franz Kindler, a war criminal who has erased all evidence which might identify him, with no clue left to his identity except "a hobby that almost amounts to a mania—clocks."

Wilson releases Kindler's former associate Meinike, hoping the man will lead him to Kindler. Wilson follows Meinike to the United States, to the town of Harper, Connecticut, but loses him before he meets with Kindler. Kindler has assumed a new identity and is known locally as "Charles Rankin," and has become a prep school teacher. He is about to marry Mary Longstreet, daughter of Supreme Court Justice Adam Longstreet, and is involved in repairing the town's 400-year-old Habrecht-style clock mechanism with religious automata that crowns the belfry of a church in the town square. 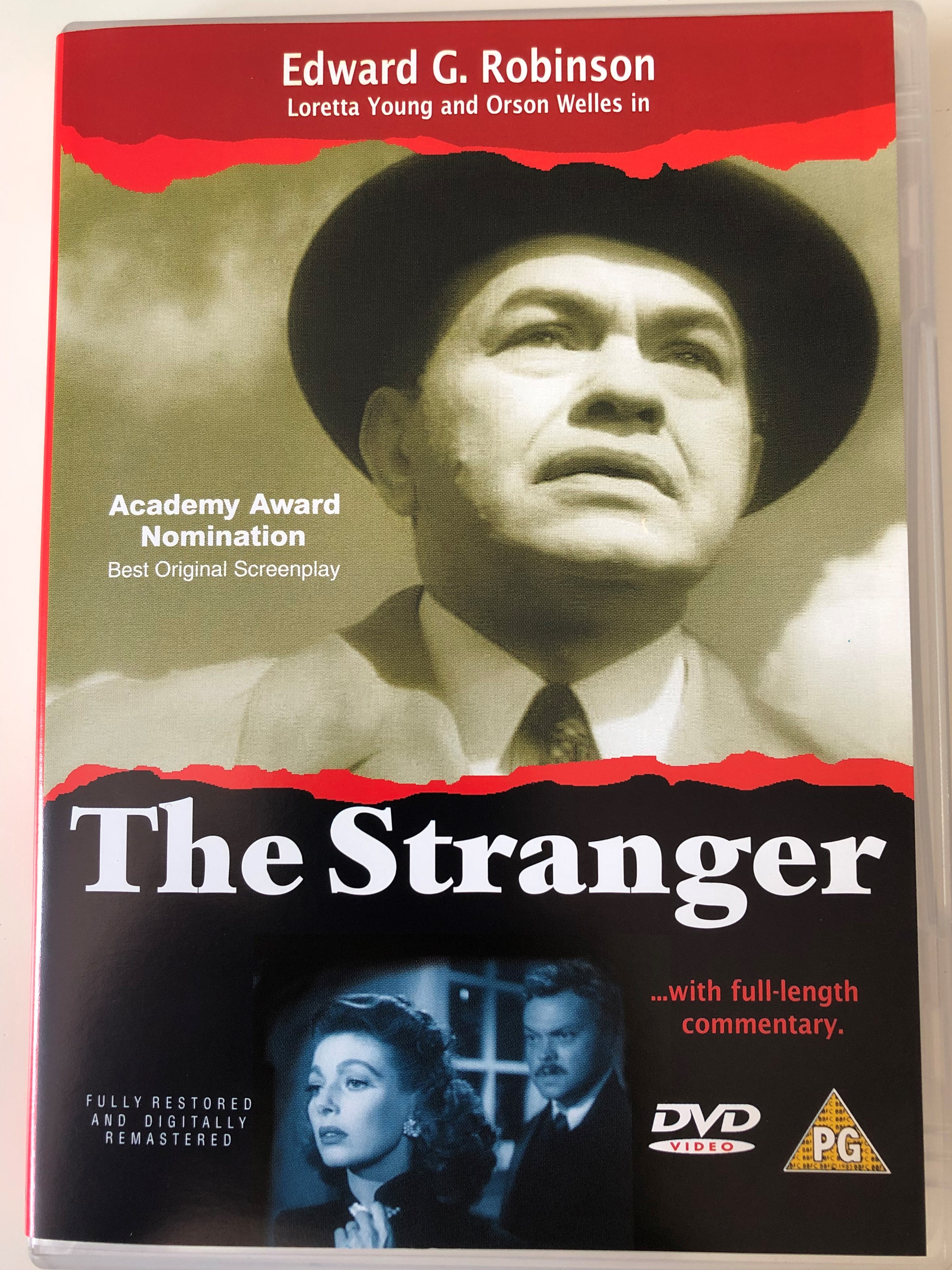 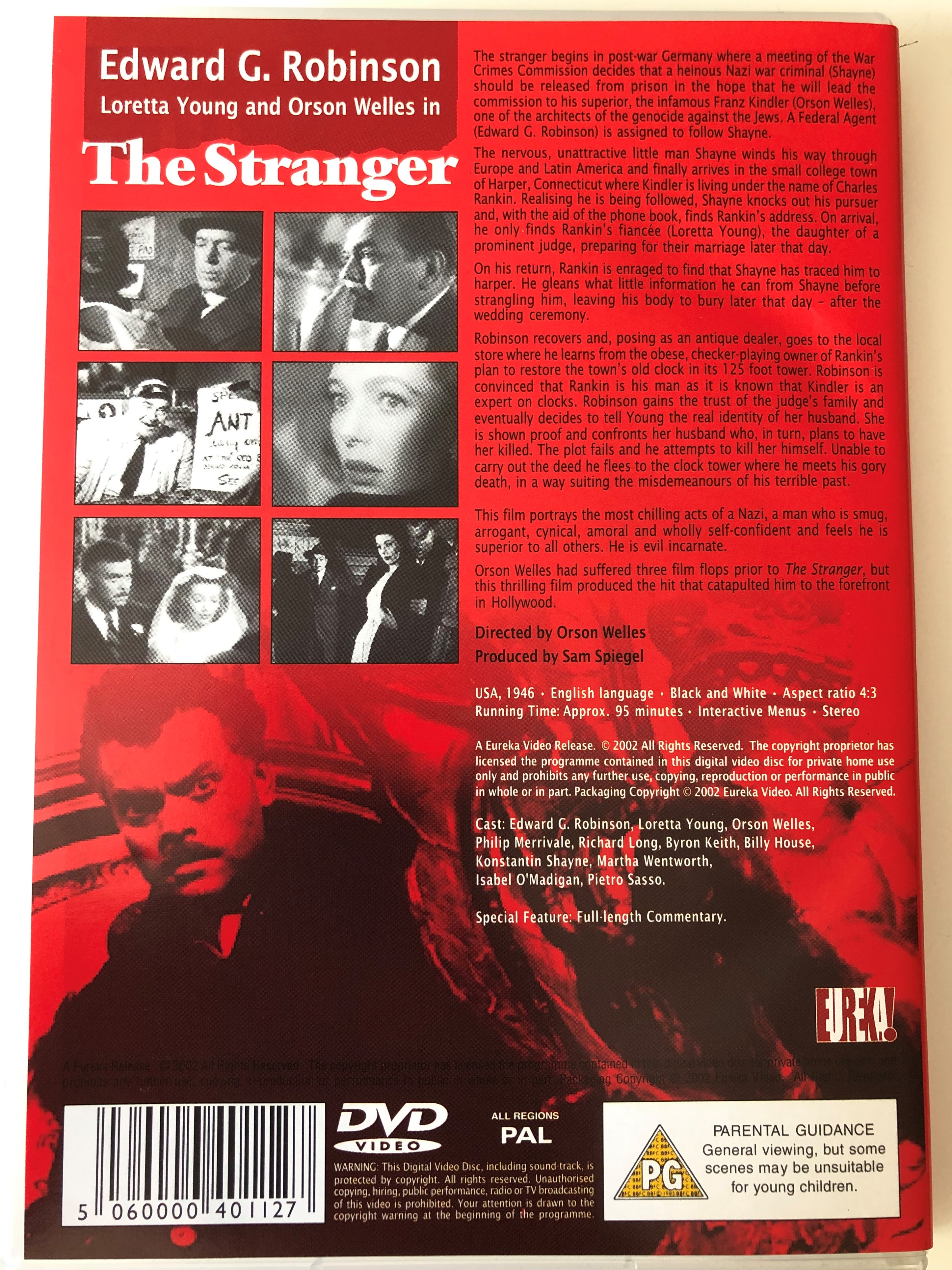