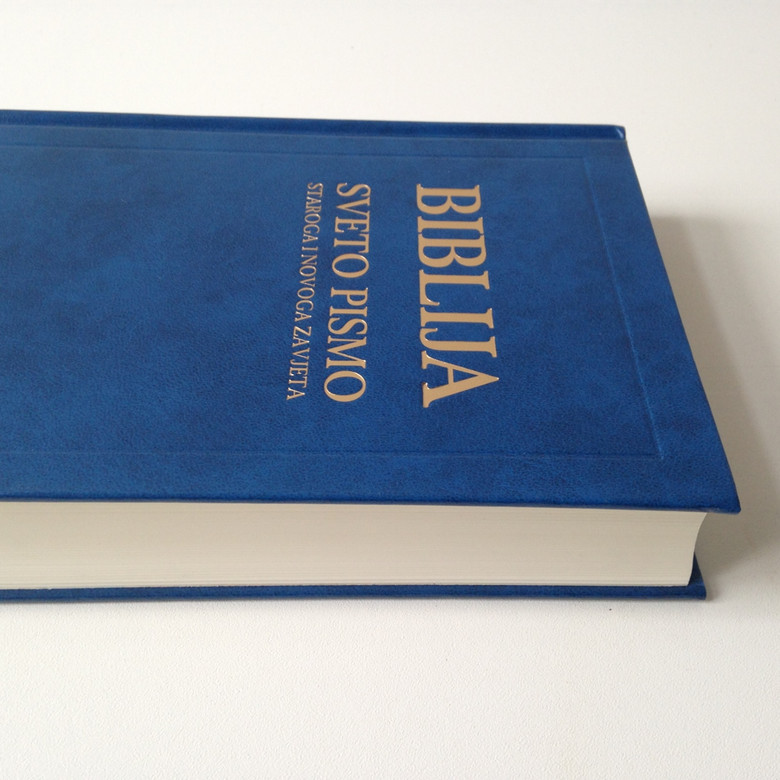 Ivan Šarić (27 September 1871 – 16 July 1960) was a Roman Catholic priest who became the archbishop of the Roman Catholic Archdiocese of Vrhbosna (Sarajevo) in 1922. In 1940 Šarić was tasked by the national bishops' conference to put together the first modern Croatian translation of the Bible. A benefactor of the Bosnian Croat population, Šarić became a controversial figure because of his pro-Ustaše activities and rhetoric, including his support for forcible conversions to Catholicism inside the Independent State of Croatia during World War II.

The oldest known lectionary is a fragment from 14th century Korčula written in Latin script.

One Bernardin of Split printed the first Croatian lectionary in Venice in 1495.

A team of Protestant Croats conducted the first efforts to prepare a Bible translated into Croatian, when a New Testament translated by Antun Dalmatin and Stipan Konzul was printed at Tübingen in Glagolitic in 1561/62 and in Cyrillic in 1563, and the Old Testament Books of the Prophets in Glagolitic and Latin in 1564.

Jesuit Bartol Kašić translated the complete Bible 1622-1638, but his translation remained, due to political reasons, unpublished until 1999.

In the 17th century, efforts were made to produce a translation for the Catholic Croats and Serbians in the so-called Illyrian dialect, but nothing was printed until the 19th century when a Bible in Latin letters together with the parallel text of the Vulgate was translated into the Illyric language, Bosnian dialect by Matija Petar Katančić. It was published at Budapest (6 parts, 1831) and closely follows the Vulgate.

In the 19th century the Bishop of Zagreb Maksimilijan Vrhovac propose the translation of the Bible in Kajkavian. The following are translations: Ivan Rupert Gusić translate the Gospels, Acts of Apostles, Epistles to the Romans and Corinthians, and the Apocalypse; Ivan Birling translete the Epistle to the Philippians; Stjepan Korolija work the entire New Testament (the manuscripts today in the Metropolitanska knjižnica Zagreb); Antun Vranić's works the Psalms and Lamentations of Jeremiah; Ivan Nepomuk Labaš translate the book of Job.