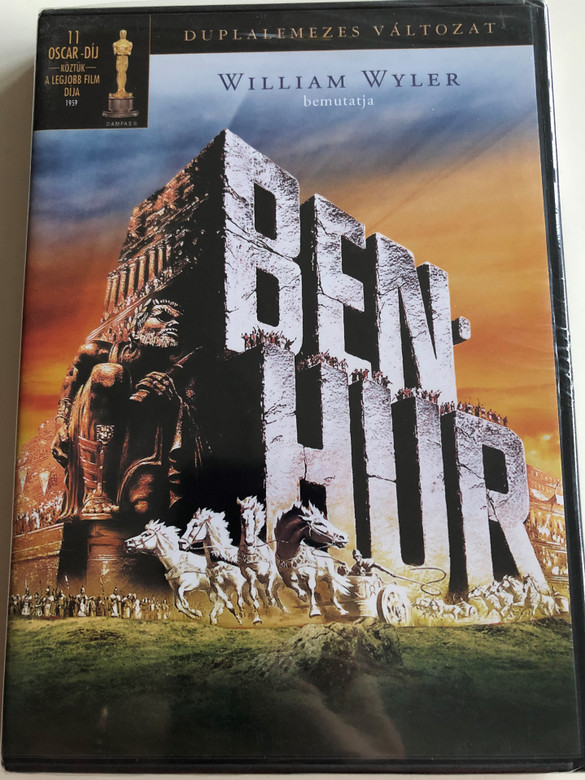 Ben-Hur is a 1959 American epic historical drama film directed by William Wyler, produced by Sam Zimbalist, and starring Charlton Heston as the title character. A remake of the 1925 silent film with a similar title, it was adapted from Lew Wallace's 1880 novel Ben-Hur: A Tale of the Christ. The screenplay is credited to Karl Tunberg, but includes contributions from Maxwell Anderson, S. N. Behrman, Gore Vidal, and Christopher Fry.

In AD 26, Judah Ben-Hur (Charlton Heston) is a wealthy Jewish prince and merchant in Jerusalem, who lives with his mother, Miriam (Martha Scott); his sister, Tirzah (Cathy O'Donnell); and their female servant Amrah (Stella Vitelleschi). The family's loyal slave, the merchant Simonides (Sam Jaffe), pays a visit with his daughter, Esther (Haya Harareet). Seeing each other for the first time since childhood, Judah and Esther fall in love, but she is betrothed to another. Judah's childhood friend, the Roman citizen Messala (Stephen Boyd), is now a tribune. After several years away from Jerusalem, Messala returns as the new commander of the Roman garrison, the Fortress of Antonia. Messala believes in the glory of Rome and its imperial power, while Judah is devoted to his faith and the freedom of the Jewish people. This difference causes tension between the friends, and results in their split after Messala issues an ultimatum demanding that Judah deliver potential rebels amongst the populace to the Roman authorities.

During the parade for the new governor of Judea, Valerius Gratus (Mino Doro), loose tiles fall from the roof of Judah's house. Gratus is thrown from his spooked horse and nearly killed. Although Messala knows this was an accident, he condemns Judah to the galleys and imprisons Miriam and Tirzah due to his residual anger at Judah for his refusal to help. Simonides confronts Messala, and is also unjustly imprisoned to keep him from speaking out. By punishing a known friend and prominent citizen, he hopes to intimidate the Jewish populace. Judah swears to take revenge on Messala. As he and other slaves are being marched to the galleys, they stop in Nazareth to water the Romans' horses. Desperate with thirst, Judah begs for water, but the commander of the Roman detachment denies it to him. He collapses, but is revived when Jesus of Nazareth (Claude Heater) gives him water. After three years as a galley slave, Judah is assigned to the flagship of the Roman Consul Quintus Arrius (Jack Hawkins), who has been charged with destroying a fleet of Macedonian pirates. Arrius admires Judah's determination and self-discipline, and offers to train him as a gladiator or charioteer. Judah declines the offer, declaring that God will aid him in his quest for vengeance. When the Roman fleet encounters the Macedonians, Arrius orders all the rowers except Judah to be chained to their oars. Arrius' galley is rammed and sunk, but Judah unchains the other rowers and rescues Arrius. In despair, Arrius wrongly believes the battle ended in defeat and attempts to atone in the Roman way by falling on his sword, but Judah stops him. They are rescued, and Arrius is credited with the Roman fleet's victory. Arrius successfully petitions Emperor Tiberius (George Relph) to free Judah, and adopts him as his son. 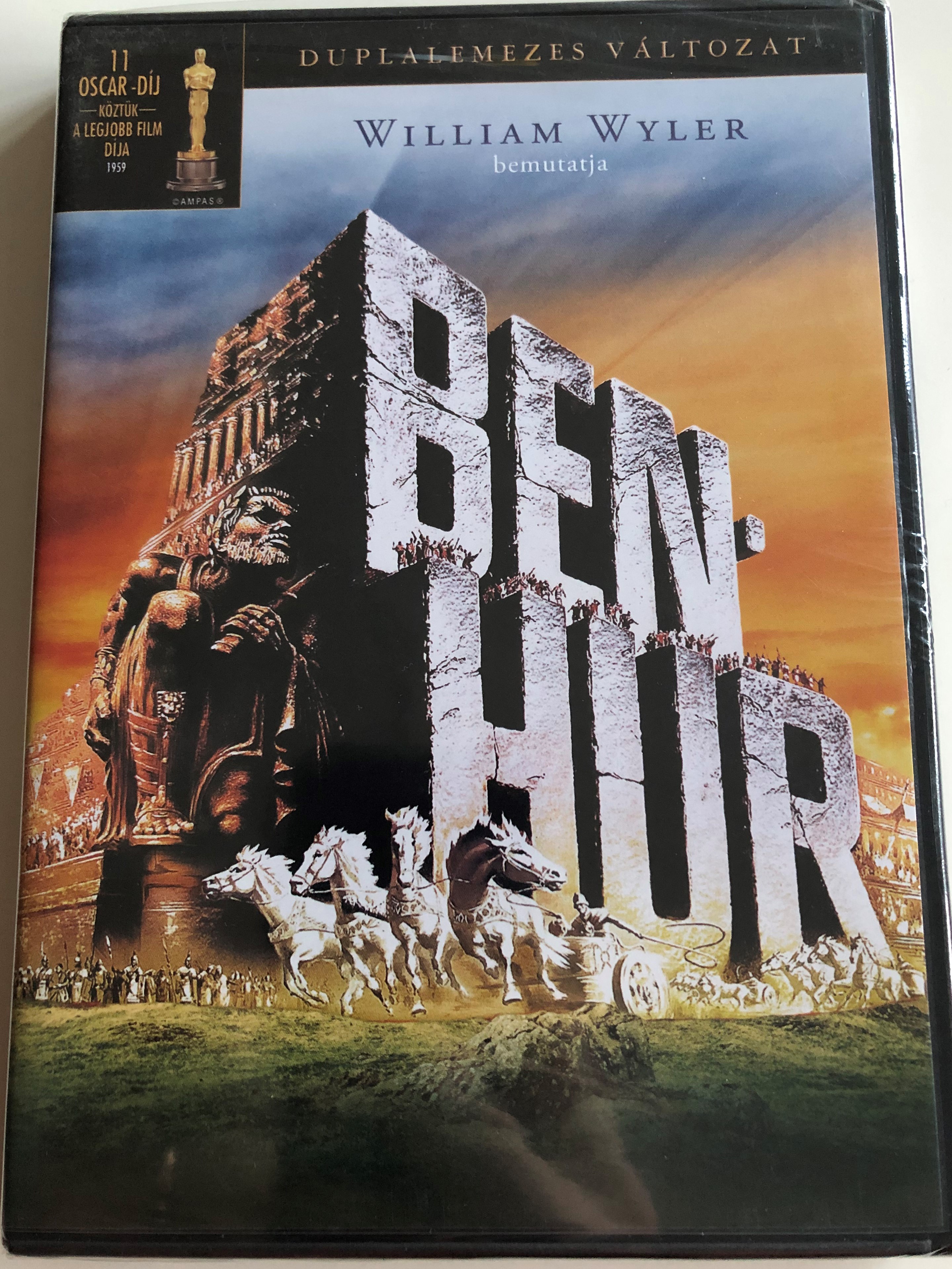 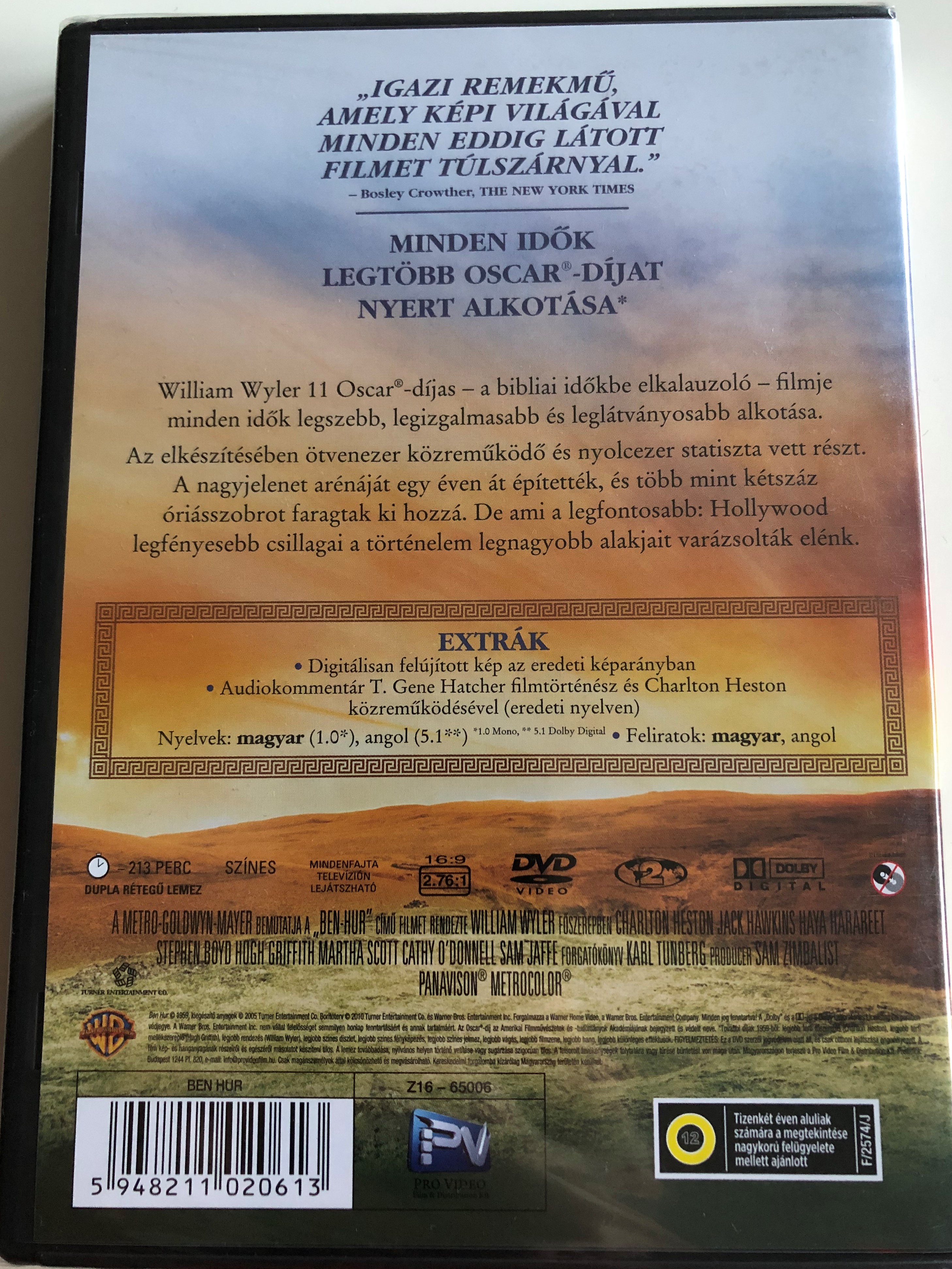