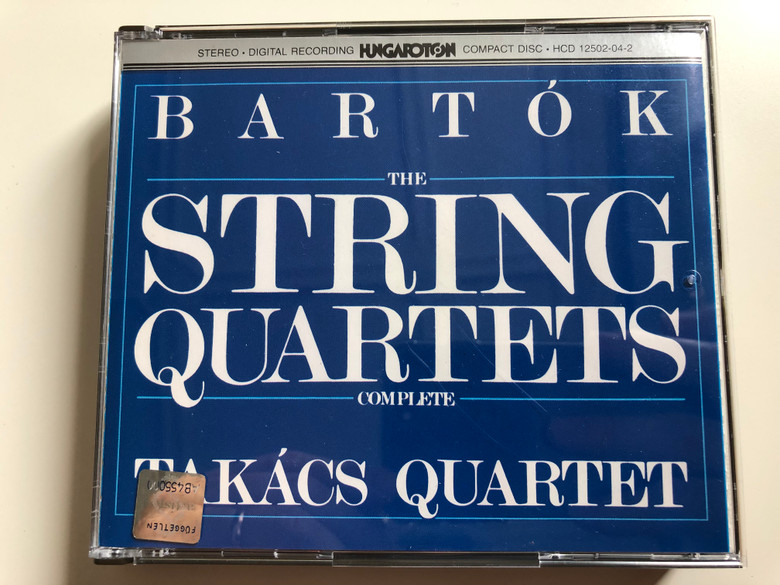 Béla Bartók has emerged as one of the few modern masters who continue to be regularly performed and recorded. The six string quartets that span his career from 1908 to 1939 are generally regarded as this century's unsurpassed addition to the medium, and they provide an intimate entrée into the world of their withdrawn and enigmatic composer. With this cycle, the Takács Quartet confirms its reputation, against some very fierce competition, as possibly the most cogent, exciting exponent of this music today. They achieve an unusually successful synthesis of the quartets' polarizing components: lyrically haunting "night music," passages of grotesquely ironic humor, and, in the Sixth Quartet, an unrelentingly pervasive sense of desolation and farewell. In the process, the Takács players give visceral life to the extremities of technique Bartók's scores demand. These range from exaggerated glissandi to pizzicati made to snap violently against the fingerboard, at times producing a sound more akin to a percussion battery than a string quartet. The ensemble convincingly traverses Bartók's creative evolution, from the hothouse romanticism of the First Quartet to the Third's densely packed modernist fury and the palindrome structures of the Fourth and Fifth Quartets. Richly nuanced with local color, these accounts are among the best available on disc and will likely become standard-setters. --Thomas May 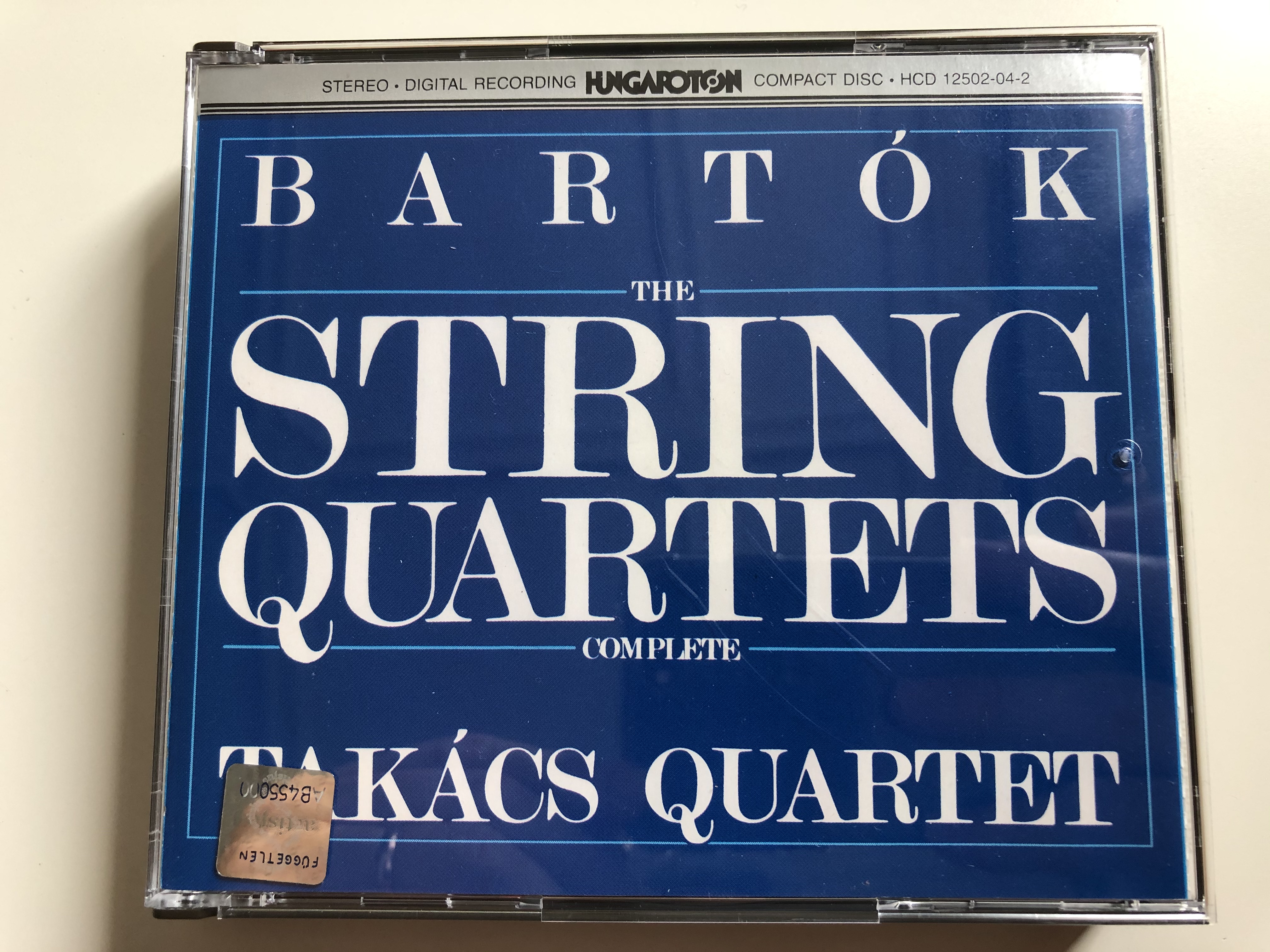 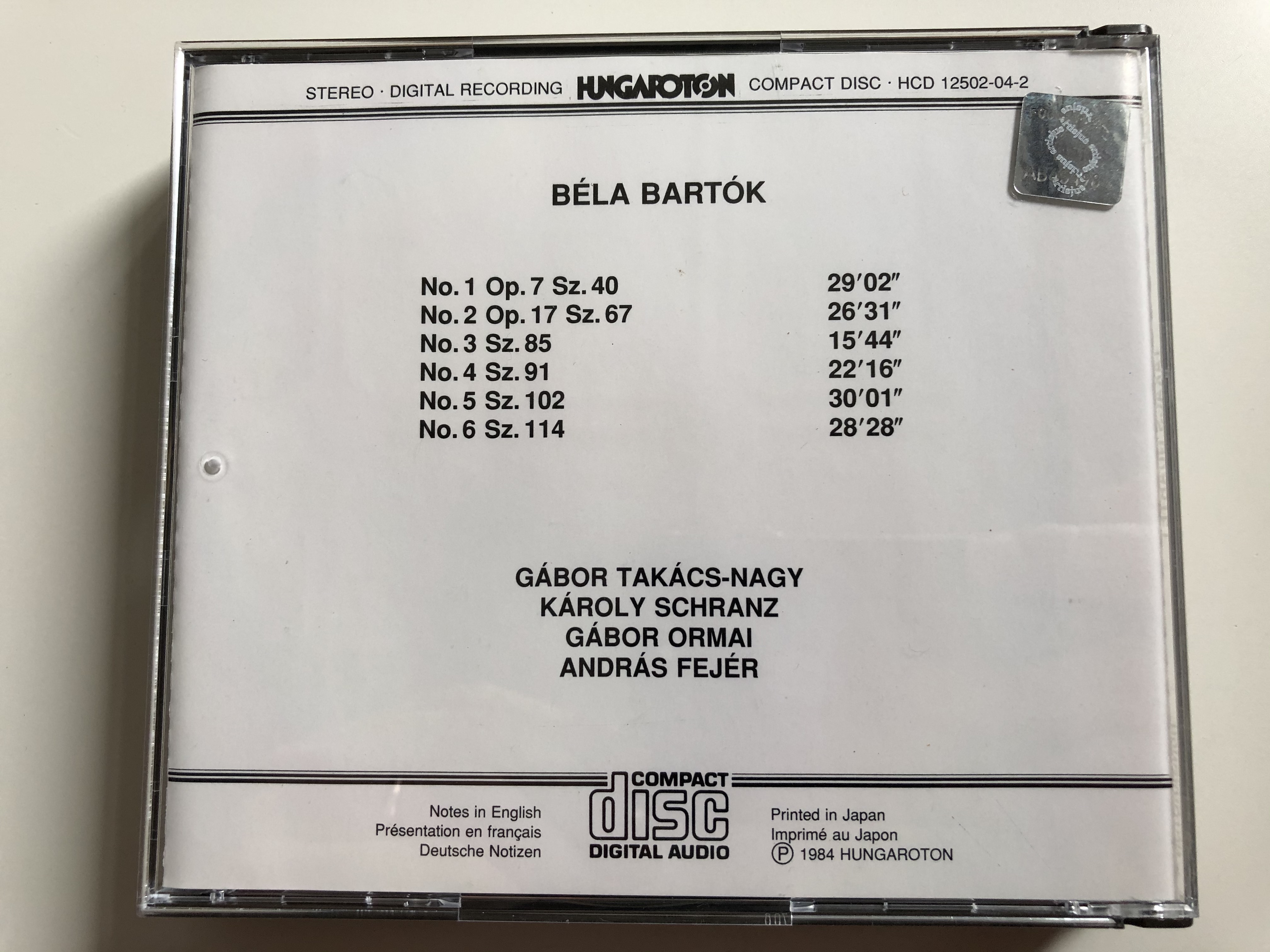 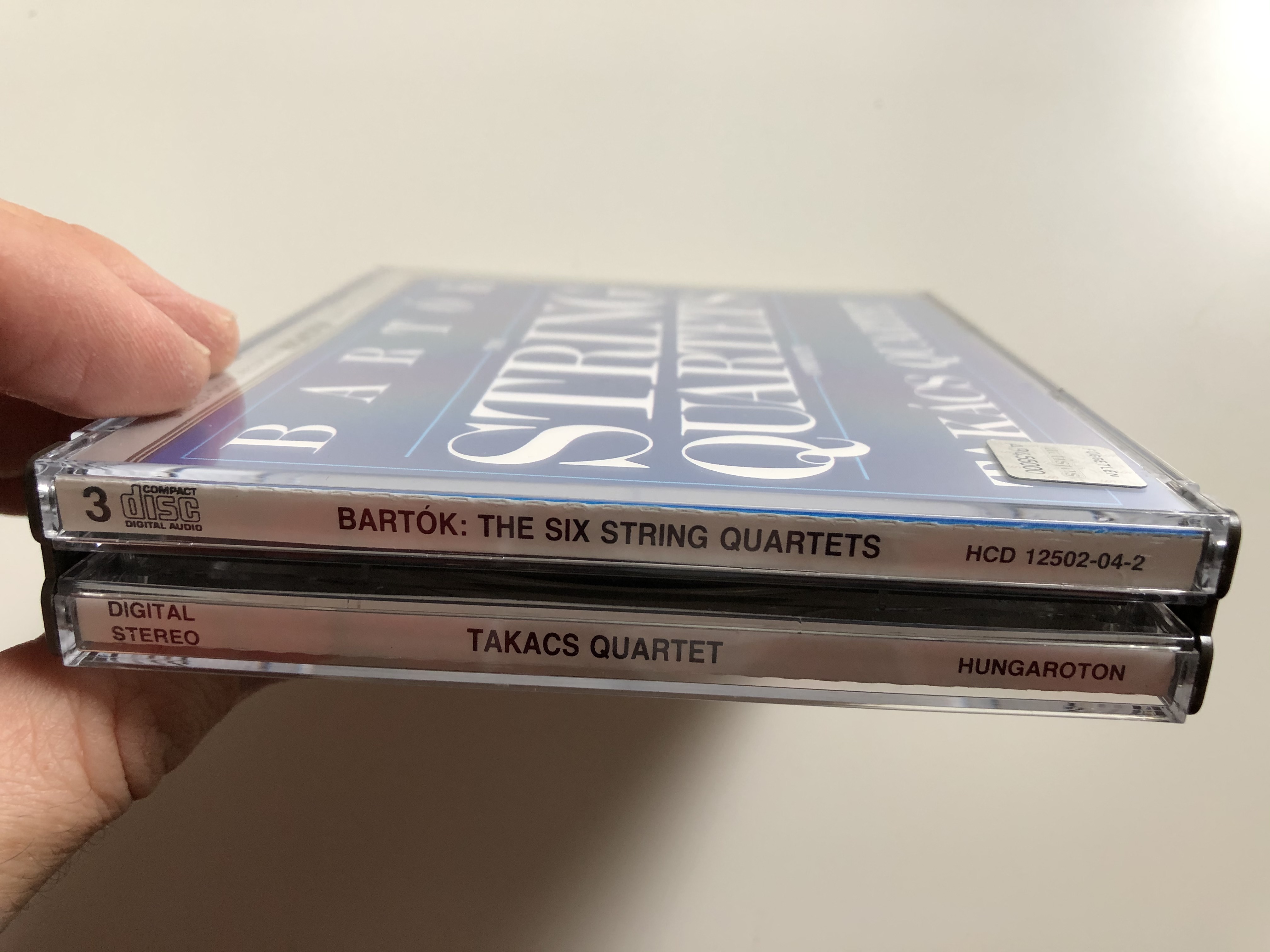 The Takács Quartet performing the 1st movement of the Bartok String Quartet No. 1 in A minor on the 31st of July 2019 at the Grand Teton Music Festival