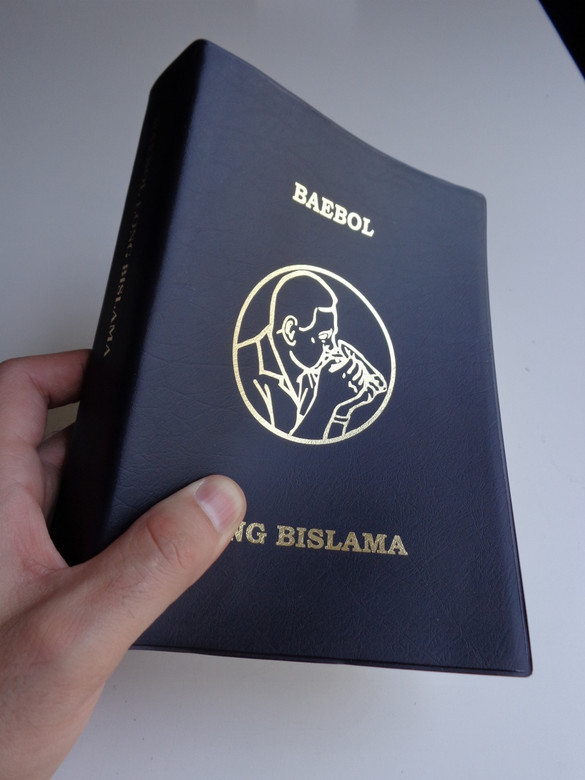 BAEBOL LONG BISLAMA blong Vanuatu / The Bible in Vanuatu BISLAMA Language / Language of Vanuatu Islands / BSSP R063P / Color Maps, Study Aids / Publisher: Bible Society of the South Pacific Vinyl Bound 9789822177145 // Bislama also known under its earlier name in French Bichelamar is a creole language, one of the official languages of Vanuatu. It is the first language of many of the "Urban ni-Vanuatu" (those who live in Port Vila and Luganville), and the second language of much of the rest of the country's residents. "Yumi, Yumi, Yumi", the Vanuatu national anthem, is in Bislama. More than 95% of Bislama words are of English origin; the remainder combines a few dozen words from French, as well as some vocabulary inherited from various languages of Vanuatu, essentially limited to flora and fauna terminology. While the influence of these vernacular languages is low on the vocabulary side, it is very high in the morphosyntax. Bislama can be basically described as a language with an English vocabulary and phonology and an Oceanic grammar.