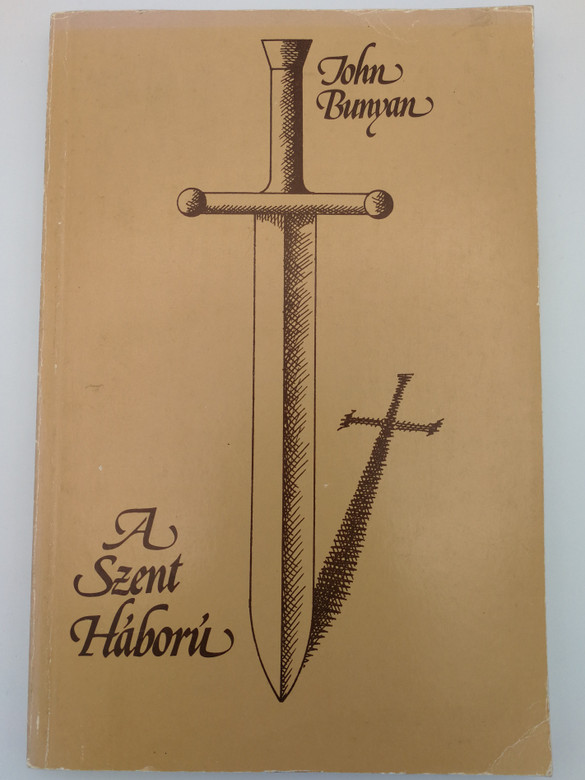 A szent háború (képekkel) by John Bunyan - HUNGARIAN TRANSLATION OF The Holy War / From this book, you could learn how to build up your defenses, flood your moat, and prepare for victory in the war against Satan and the forces of darkness!

A szent háború (képekkel) by John Bunyan - HUNGARIAN TRANSLATION OF The Holy War / From this book, you could learn how to build up your defenses, flood your moat, and prepare for victory in the war against Satan and the forces of darkness!

Bunyan's later years, in spite of another shorter term of imprisonment, were spent in relative comfort as a popular author and preacher, and pastor of the Bedford Meeting. He died aged 59 after falling ill on a journey to London and is buried in Bunhill Fields. The Pilgrim's Progress became one of the most published books in the English language; 1,300 editions having been printed by 1938, 250 years after the author's death.

He is remembered in the Church of England with a Lesser Festival on 30 August, and on the liturgical calendar of the United States Episcopal Church on 29 August. Some other churches of the Anglican Communion, such as the Anglican Church of Australia, honour him on the day of his death (31 August).

Once upon a time, the residents of the town of Mansoul were tricked into defying their ruler, Shaddai. Their new ruler, Diabolus, brought them great harm. When Shaddai sends Prince Emmanuel, his son, to rescue them, a great battle is fought. Who will emerge victorious—Diabolus or Emmanuel? And what can the inhabitants of Mansoul do to resist the attacks of the evil one?
From the author of The Pilgrim’s Progress comes a powerful allegory about the battle being fought for man’s heart, mind, and spirit. Your soul is under attack from the forces of evil. Through this compelling read, you will learn how to build up your defenses, flood your moat, and prepare for victory in the war against Satan and the forces of darkness!