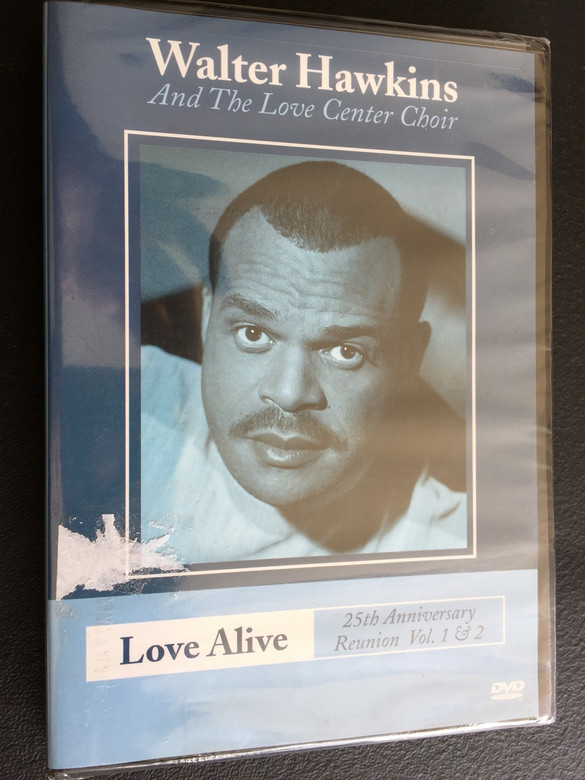 SUPER RARE OUT OF PRINT DVD!

OURS IS STILL IN FACTORY SEALED PACKAGING!

This DVD was recorded live at the Paramount Theater, Oakland, California in 1997. One of the most prominent and popular singers in the contemporary gospel/Christian scene presides over a concert that includes 2 large choirs and inspired, soulful soloists.

Walter Hawkins left the Edwin Hawkins Singers in the early 1970s to establish the Love Center Church in Oakland, California. He and his Love Center Choir had considerable success with their Love Alive series of recordings, which sold well over a million copies from the 1970s through the 1990s. Love Alive IV, released in 1990, was No. 1 on the Billboard Gospel Album charts, where it stayed for 33 weeks. In all, Walter Hawkins produced and/or collaborated on 116 hit songs which were listed on the Billboard Gospel Music charts.