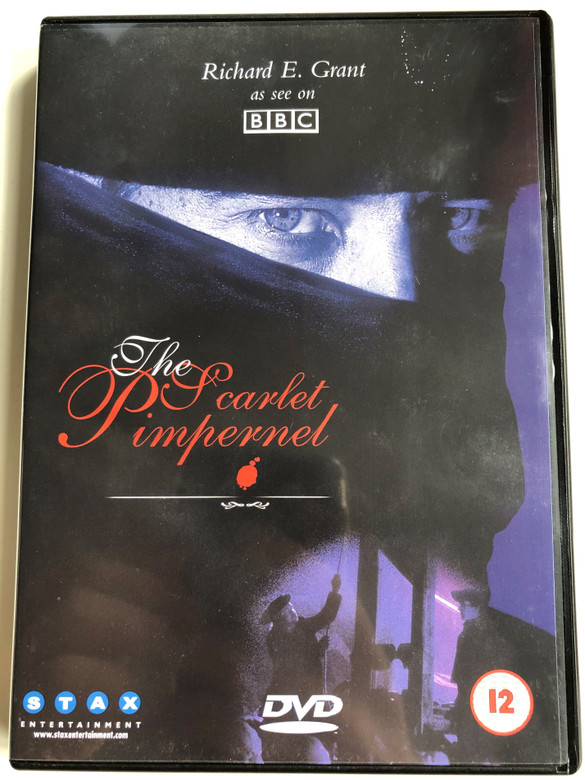 France, 1793. The terror of the French Revolution is at its height. Citizen Robespierre, along with his ruthless henchman Chauvelin, keep the tumbrils busy carrying the innocent to the guillotine. But there is one man who dares to . re oa il |
defy the revolutionaries... THE SCARLET PIMPERNEL.

In this first film of the series, suspecting that the Pimpernel is an English aristocrat, Chauvelin (Martin Shaw) is sent to England to discover the identity of the mystery man. Once there, Chauvelin meets his former lover, the beautiful French actress Marguerite (Elizabeth McGovern), who is
a married to a foppish English aristocrat. Marguerite reluctantly gives Chauvelin information to find the elusive Pimpernel and has unwittingly betrayed him.

In this first of the series, The Scarlet Pimpernel finds himself in the thick of murder, double dealing, intrigue and passion.