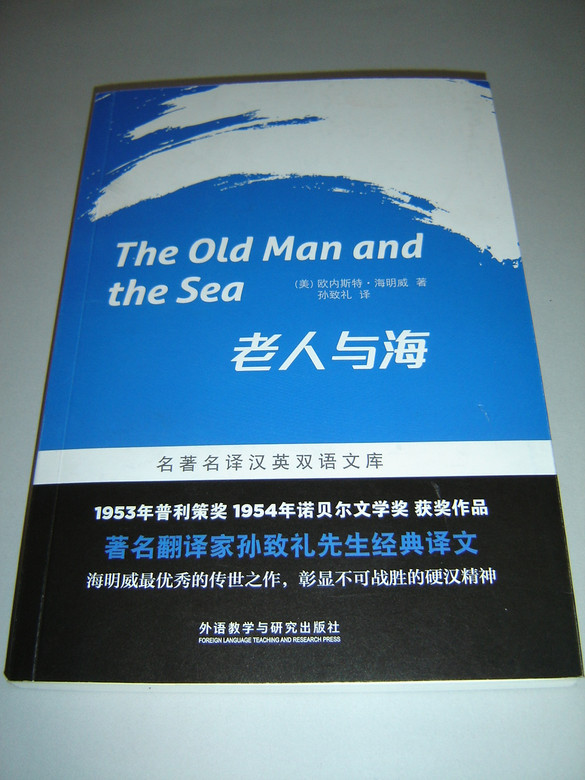 The Old Man and the Sea (English - Chinese Bilingual Edition)

The Old Man and the Sea (English - Chinese Bilingual Edition)

An old man fishes alone on the sea. After getting nothing in a few months, he gets a huge sailfish and stabs it to death with a spear gun in the fight lasting two days and two nights. However, when he sails back, several sharks attack him. Because of lacking help and tools, even he kills a few sharks, the sailfish is eaten up by other sharks. When he arrives at port, there is only the bone of the sailfish. It was such a big hit when the book was published. Hemingway won the 54th Novel Prize in Literature for the work.