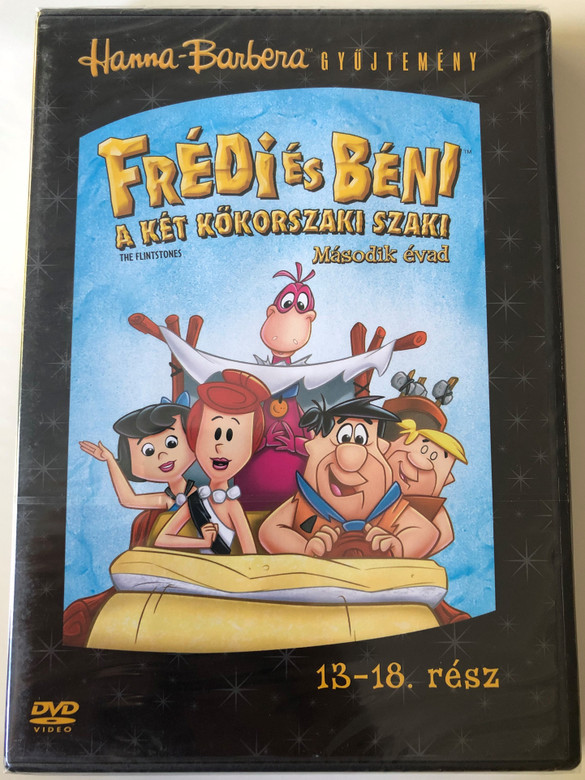 14    "The House Guest"    Warren Foster, Michael Maltese & Arthur Phillips    December 22, 1961
The Rubbles are forced to move in with Fred and Wilma while a plumber fixes Fred's "repair job," which did far more harm than the Rubbles' original problem. What began as a simple leak ends up becoming a very major, week-long plumbing job. During the Rubbles' stay, Barney causes so many problems for Fred that he finally loses his patience and blows his top with Barney. Meanwhile, Betty is angry at Wilma and begins to fight with her.

15    "The X-Ray Story"    Warren Foster, Michael Maltese & Arthur Phillips    December 29, 1961
Dino's x-rays are mistaken for Fred's. Wilma, Betty, and Barney consequently think Fred has caught Dino's illness ("dinopeptitis"). This makes them keep Fred awake for 72 hours straight without telling him and take a trip to the roller skating rink, where Fred falls asleep on his skates despite having twenty or thirty cups of coffee.

16    "The Gambler"    Warren Foster, Michael Maltese & Arthur Phillips    January 5, 1962
Fred's compulsive gambling problem causes him to lose all his furniture and his television set to his nemesis, Arnold the paperboy.

17    "A Star is Almost Born"    Warren Foster, Michael Maltese & Arthur Phillips    January 12, 1962
Wilma and Betty stumble upon a groupie hangout to hopefully land a role in a movie, but instead they wind up being hired to do a commercial.

18    "The Entertainer"    Warren Foster, Michael Maltese & Arthur Phillips    January 19, 1962
To please his boss, Fred agrees to entertain a woman named Greta Gravel (voiced by Paula Winslowe) by taking her out for a few nights. Greta soon runs into Wilma, who shows up at the same restaurant with Barney and Betty. As Fred's bad luck would have it, Wilma and Greta were high school classmates and Fred can't be seen out with another woman, nor can he abandon his boss' business client.