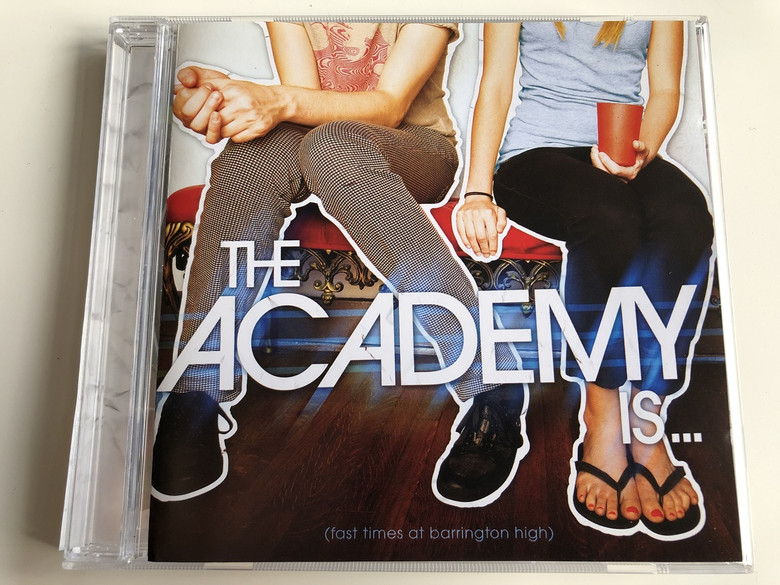 Profile:  The Academy Is... is an American alternative rock band from Barrington, Illinois, formed in 2003. They are currently signed by the Decaydance imprint of the Fueled by Ramen label. They were originally known as "The Academy", but added the "Is..." in 2004 to avoid legal complications with other established bands already under that name. As of 2009[update], the band has released three full albums, Almost Here, Santi, and their newest album, Fast Times at Barrington High.

Profile:   William Eugene Beckett, Jr. (born February 11, 1985 - Libertyville, Illinois) is the lead singer of the band The Academy Is... (TAI), who are currently signed to Atlantic Records/Fueled by Ramen/Decaydance Records. While still in high school in 2002, Beckett and guitarist Mike Carden came together from rival bands in Chicago to form The Academy Is.... In addition to founding the band, Beckett and Carden are credited as the primary songwriters 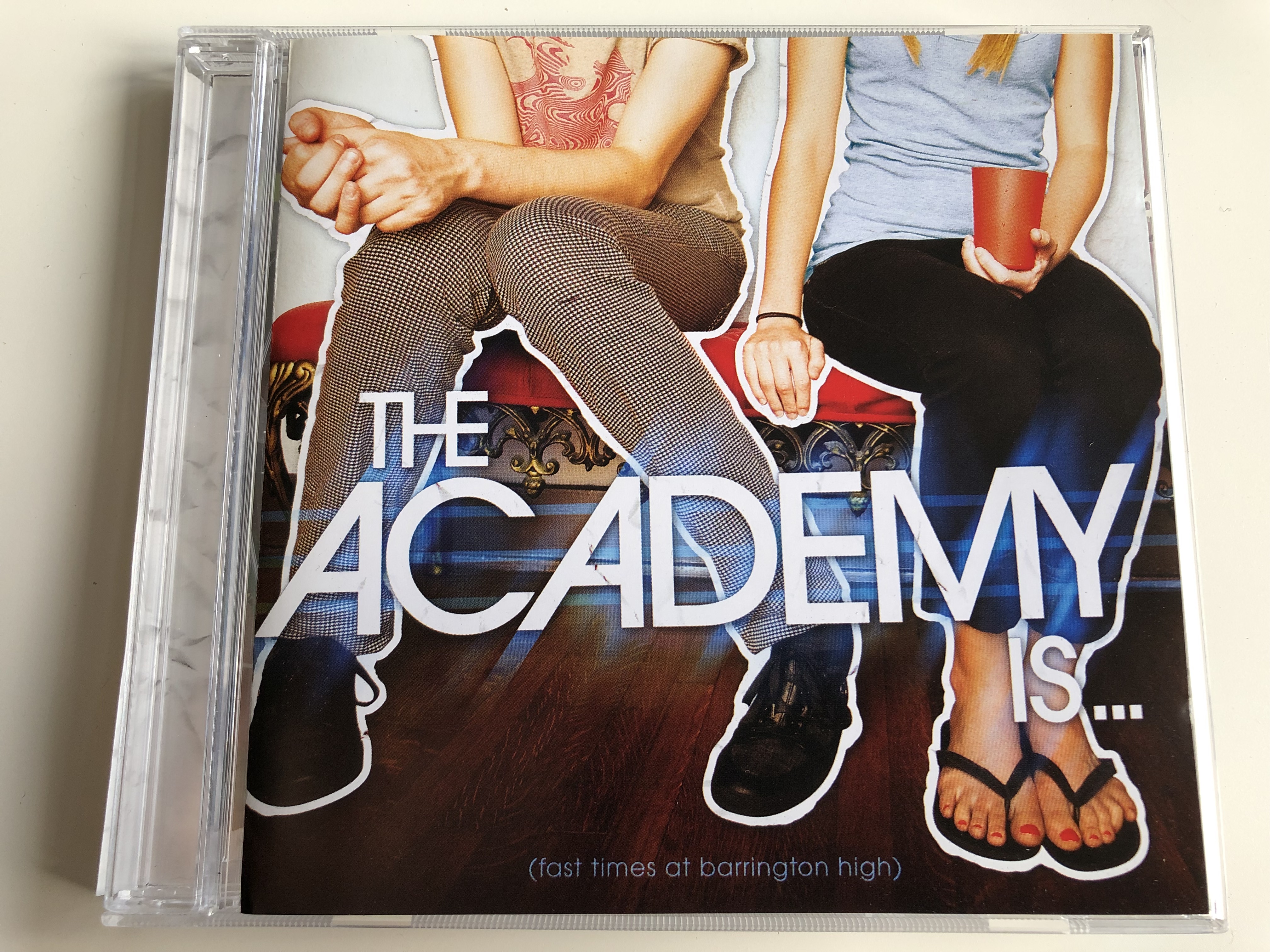 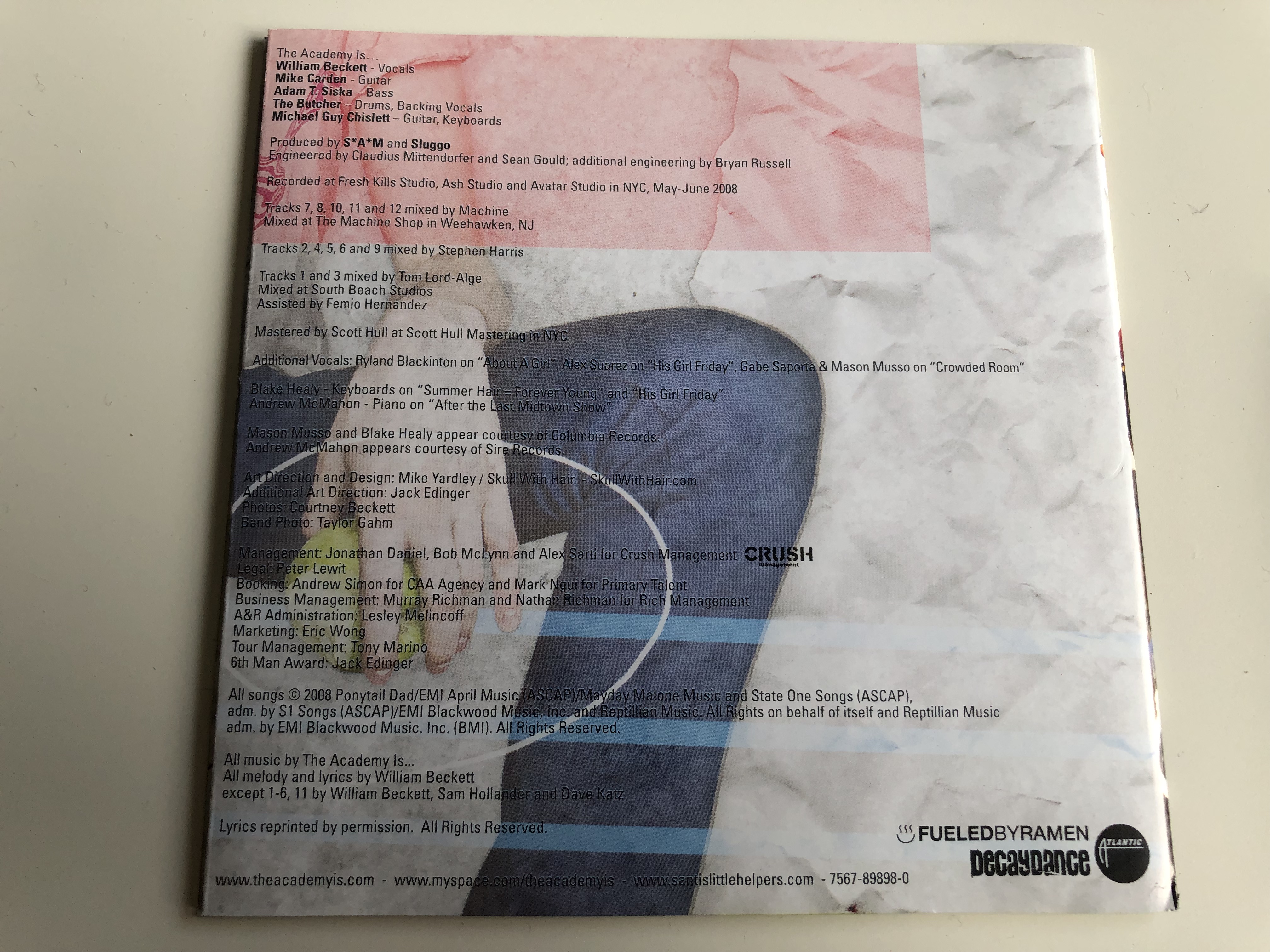 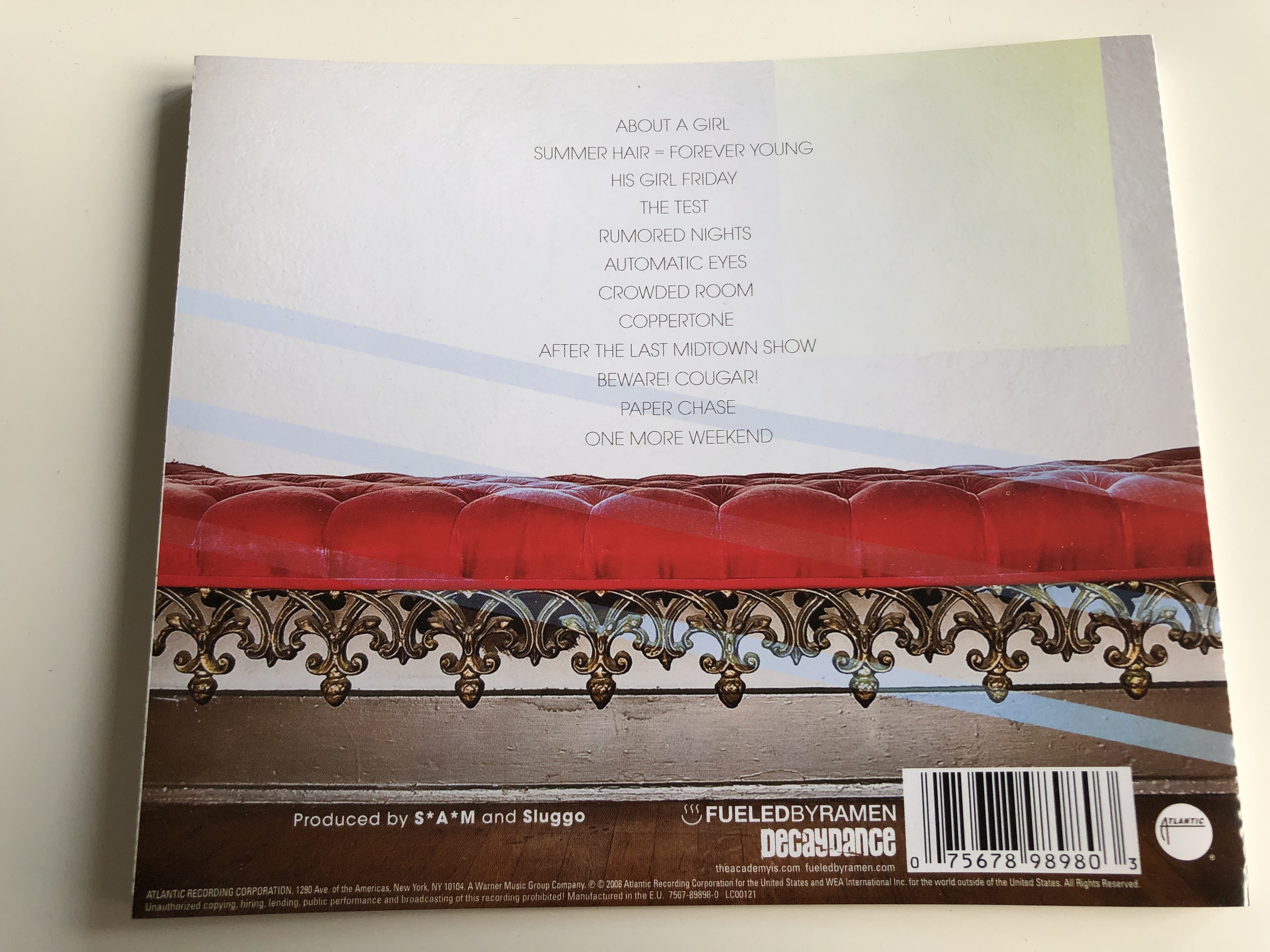