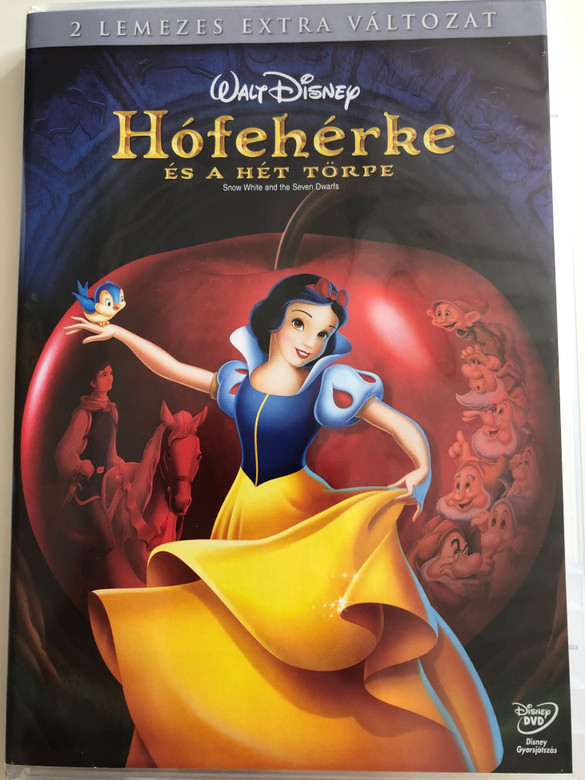 Snow White is a lonely princess living with her stepmother, a vain Queen. The Queen worries that Snow White will be more beautiful than her, so she forces Snow White to work as a scullery maid and asks her Magic Mirror daily "who is the fairest one of all". For years the mirror always answers that the Queen is, pleasing her.

One day, the Magic Mirror informs the Queen that Snow White is now "the fairest" in the land; on that same day, Snow White meets and falls in love with a prince who overhears her singing. The jealous Queen orders her Huntsman to take Snow White into the forest and kill her. She further demands that the huntsman return with Snow White's heart in a jeweled box as proof of the deed. However, the Huntsman cannot bring himself to kill Snow White. He tearfully begs for her forgiveness, revealing the Queen wants her dead and urges her to flee into the woods and never look back. Lost and frightened, the princess is befriended by woodland creatures who lead her to a cottage deep in the woods. Finding seven small chairs in the cottage's dining room, Snow White assumes the cottage is the untidy home of seven orphaned children.

In reality, the cottage belongs to seven adult dwarfs—named Doc, Grumpy, Happy, Sleepy, Bashful, Sneezy, and Dopey—who work in a nearby mine. Returning home, they are alarmed to find their cottage clean and suspect that an intruder has invaded their home. The dwarfs find Snow White upstairs, asleep across three of their beds. Snow White awakes to find the dwarfs at her bedside and introduces herself, and all of the dwarfs eventually welcome her into their home after she offers to clean and cook for them. Snow White keeps house for the dwarfs while they mine for jewels during the day, and at night they all sing, play music and dance. 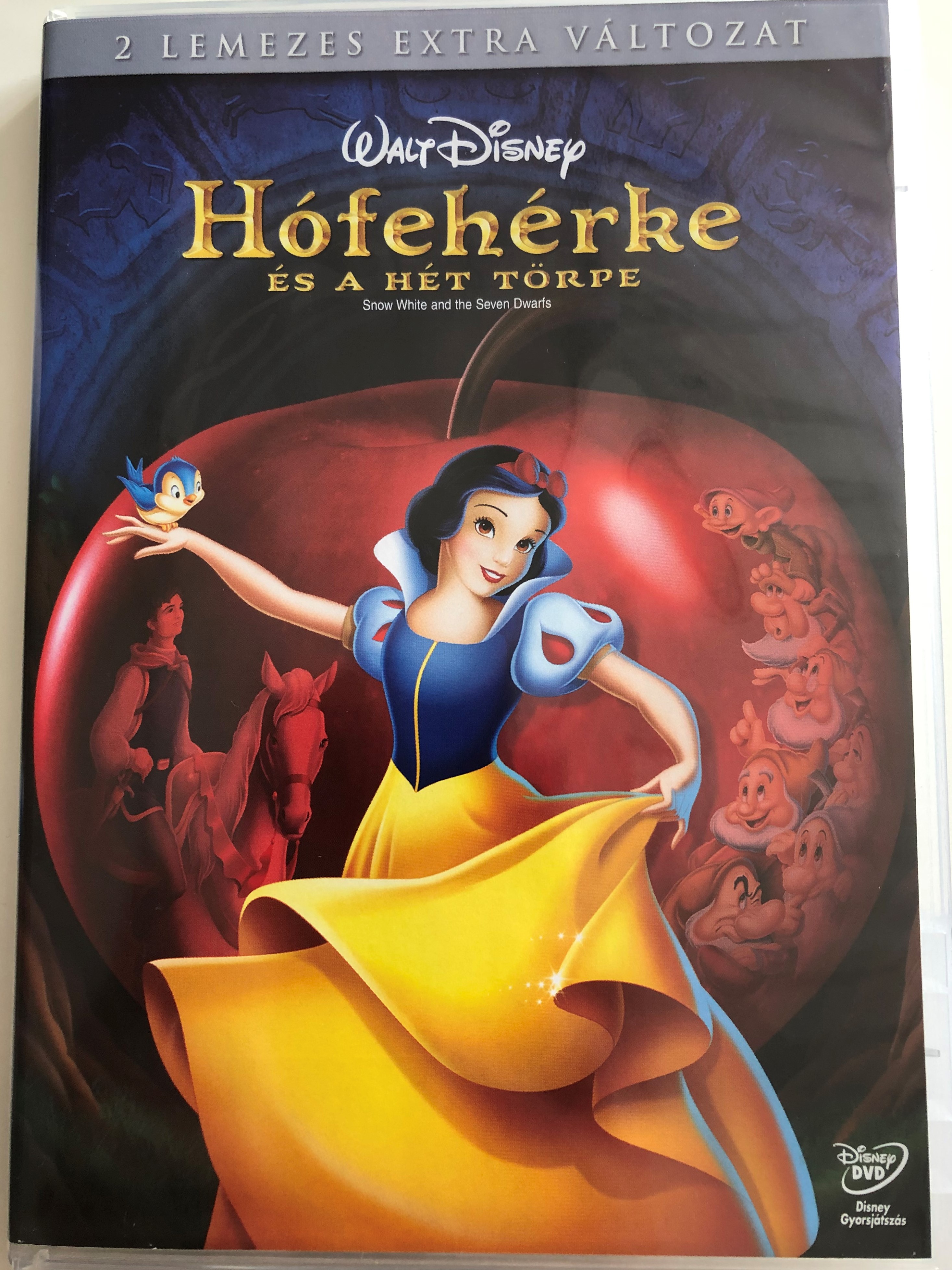 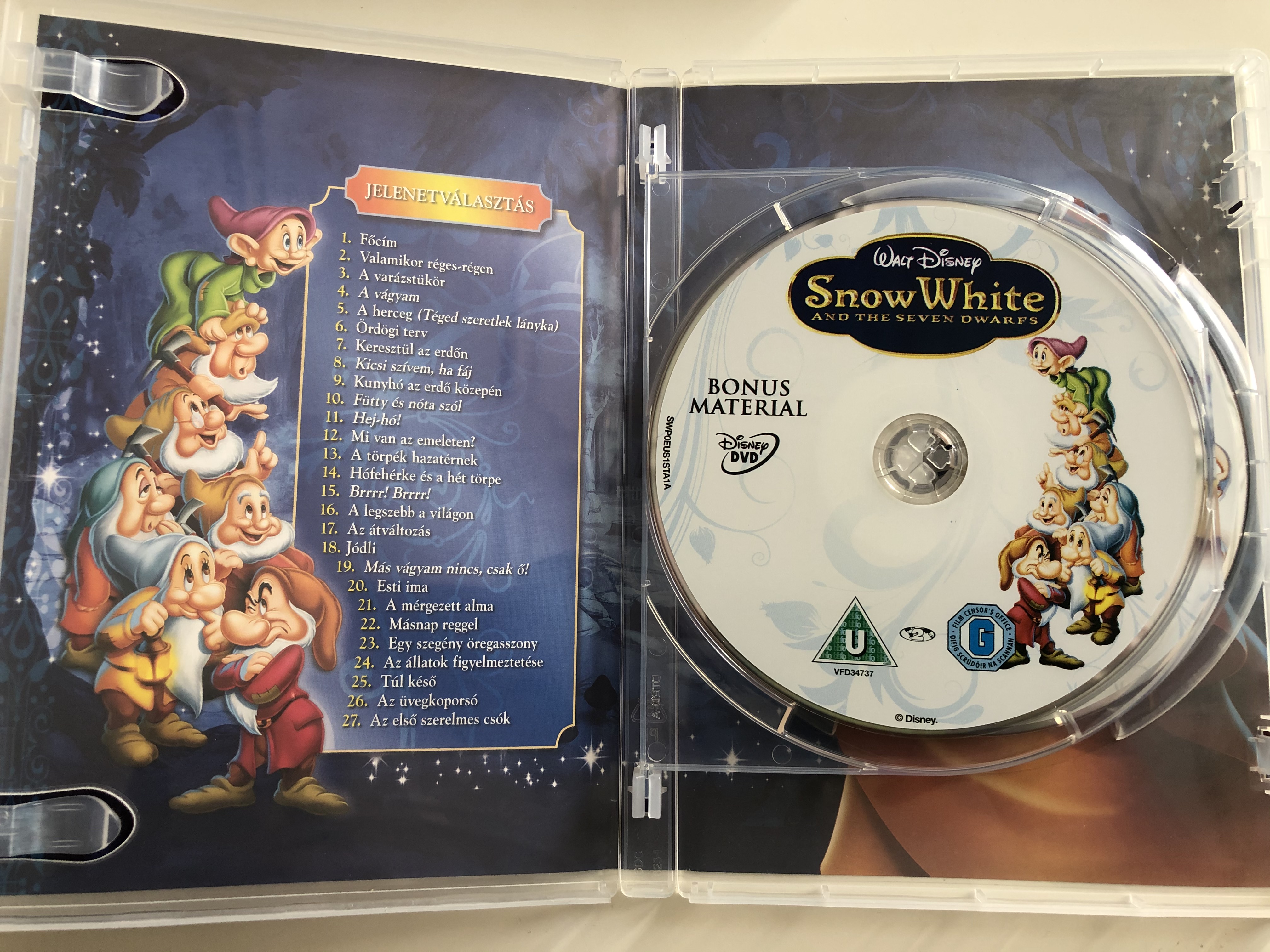 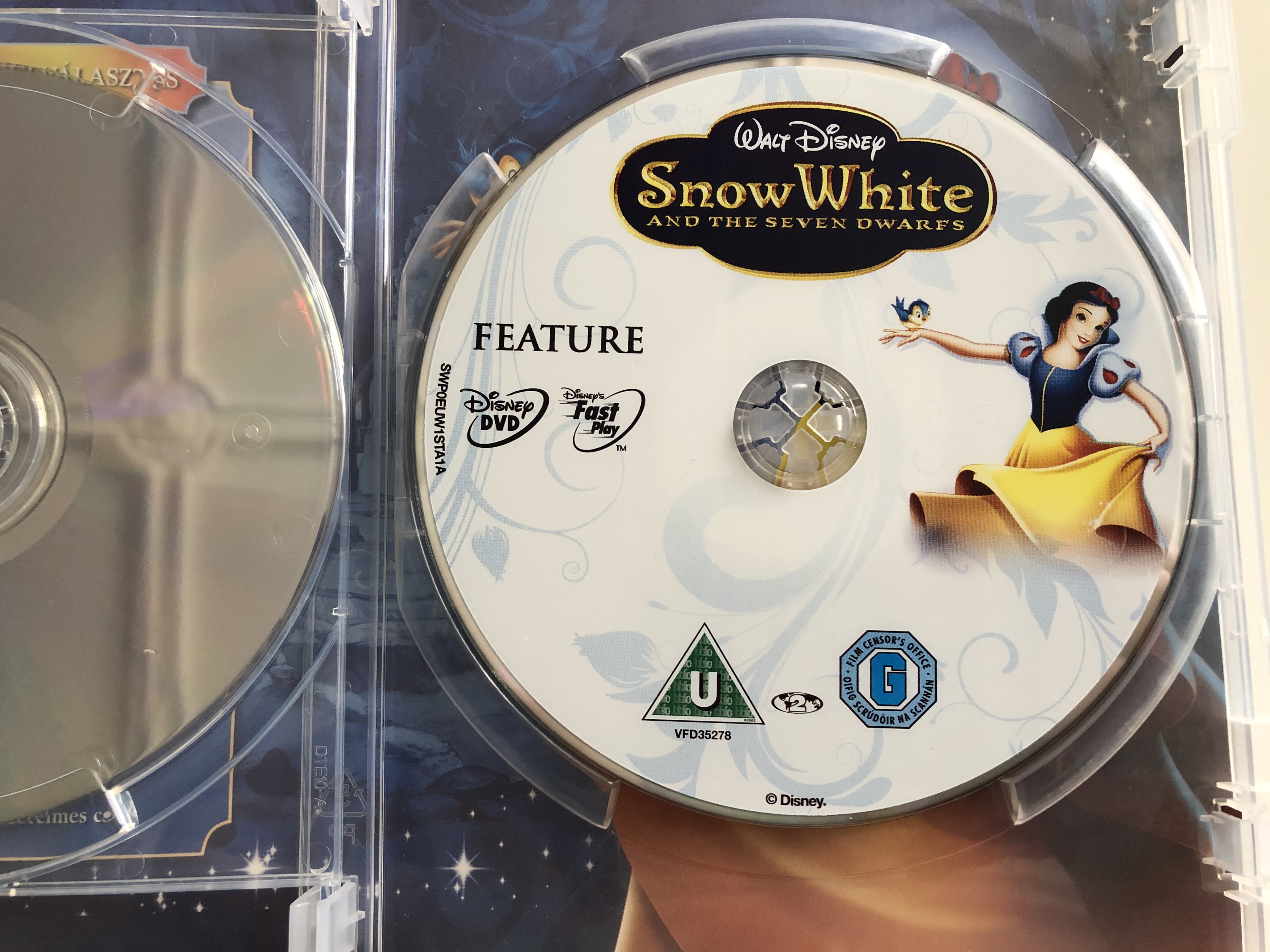 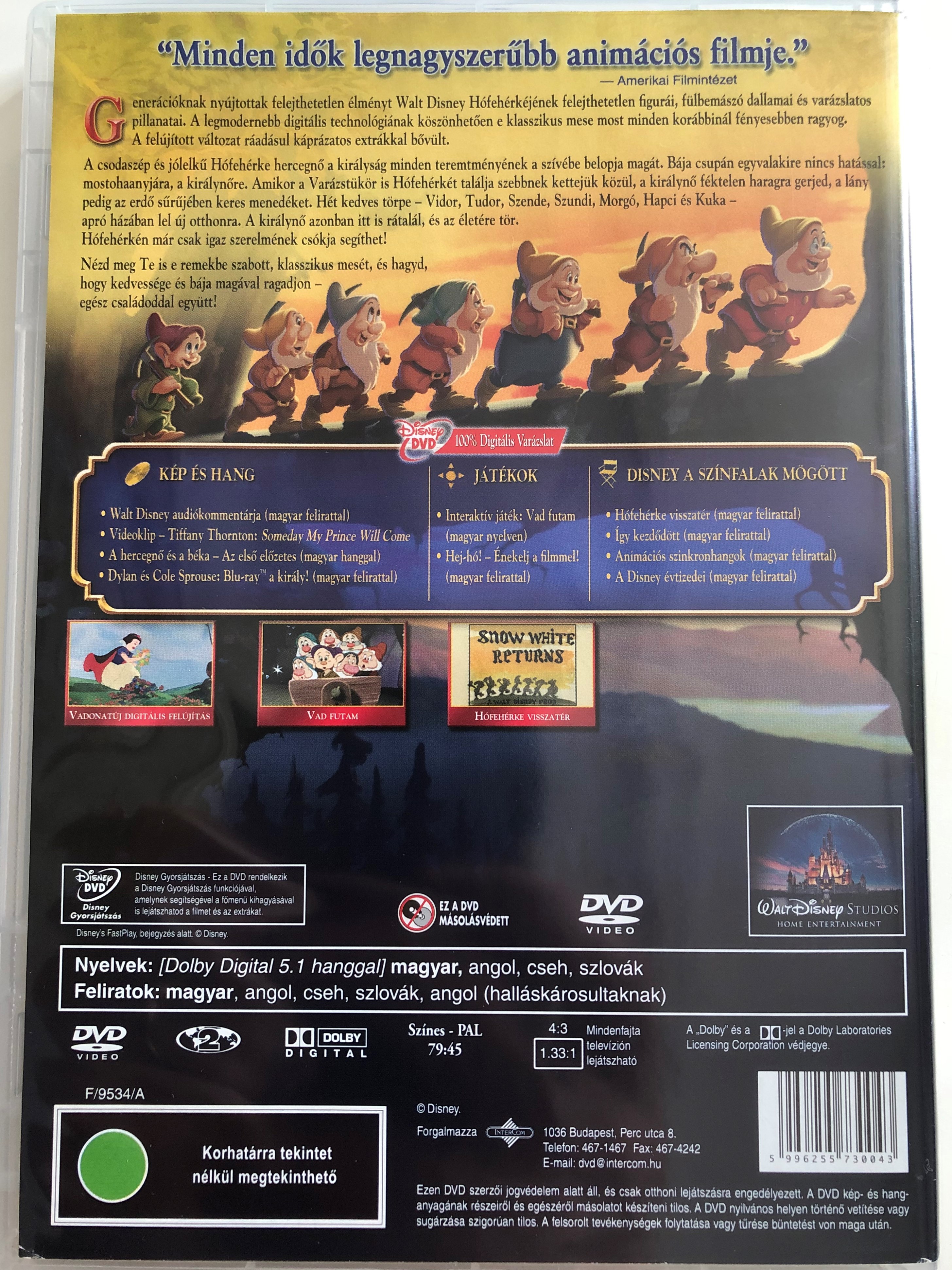