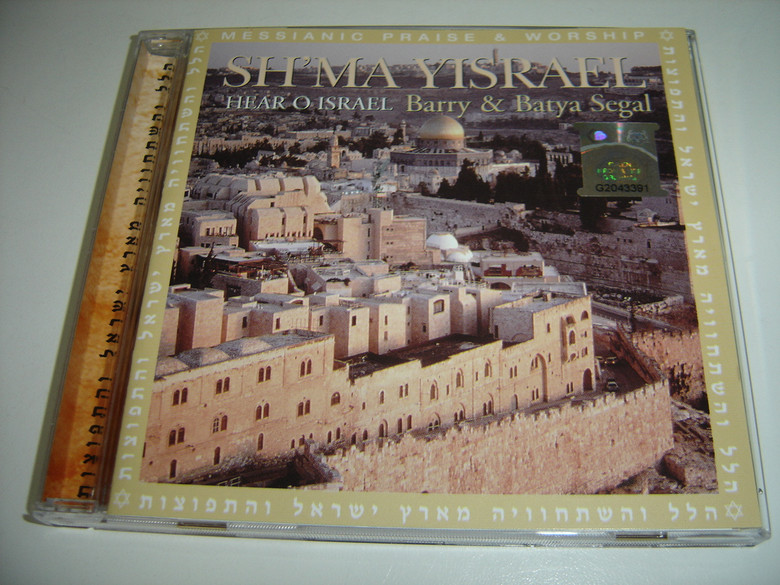 "GIVE GOD NO REST" until He makes Jerusalem a praise in all the earth. (Isaiah 62:7) Barry and Batya Segal are International Worship leaders who reside in Jerusalem. As Jewish believers in Jesus they are at the forefront of what God is doing in the present day Nation of Israel.

Blending rhythmic praise with ethnic overtones and mixing the Hebrew and English languages, the music of Sh'ma Yisrael will create in you a new and passionate expression of worship towards "The Holy One of Israel".

The Segals are also the founders of "Vision for Israel", a ministry in the Holy Land focusing on assisting the poor and the needy and also reaching out to the families and victims of terrorism.

Acclaimed around the world as the most anointed Messianic praise recording of the last decade. Includes original recordings of the Israeli Defense Forces entering the old city of Jerusalem and then reaching the Temple Mount and the Western Wall during the Six-Day War in 1967.