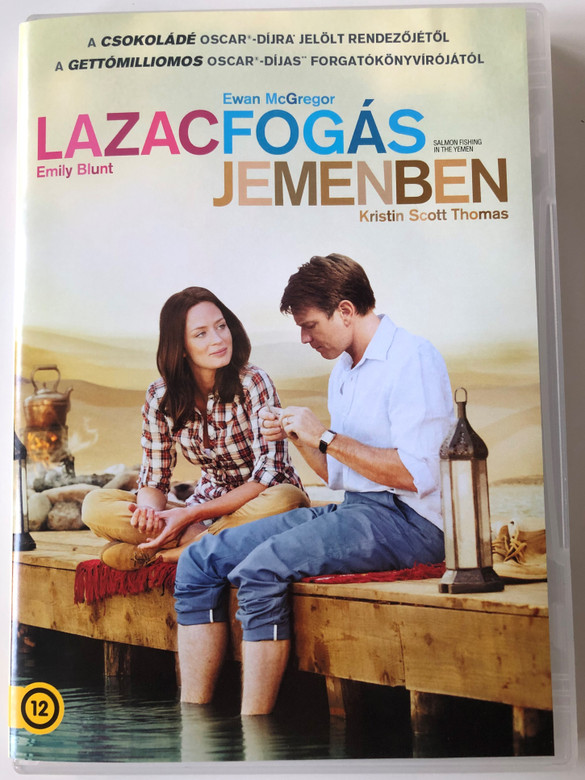 Salmon Fishing in the Yemen is a 2011 British romantic comedy-drama film directed by Lasse Hallström and starring Ewan McGregor, Emily Blunt, Kristin Scott Thomas and Amr Waked. Based on the 2007 novel of the same name by Paul Torday, and a screenplay by Simon Beaufoy, the film is about a fisheries expert who is recruited by a consultant to help realize a sheikh's vision of bringing the sport of fly fishing to the Yemen desert, initiating an upstream journey of faith to make the impossible possible.

Fisheries expert Alfred Jones (Ewan McGregor) receives an email from financial adviser Harriet Chetwode-Talbot (Emily Blunt), seeking advice on a project to bring salmon fishing to the Yemen—a project being bankrolled by a wealthy Yemeni sheikh and supported by the Foreign and Commonwealth Office. Alfred dismisses the project as "fundamentally unfeasible" because Yemen cannot provide the necessary environment for salmon. Meanwhile, the British Prime Minister's press secretary Patricia Maxwell (Kristin Scott Thomas) suggests the salmon fishing story to the Prime Minister's office as a positive story to help improve relations between Britain and the Islamic world.

Alfred meets with Harriet to discuss the project, but despite Harriet correcting his misconceptions of the Yemen environment, Alfred is convinced that the project is foolhardy. Alfred's boss, pressured by Patricia, forces Alfred to accept a position on the project. Alfred considers resigning rather than ruin his reputation in the scientific community, but is convinced by his wife that they need his income and pension.