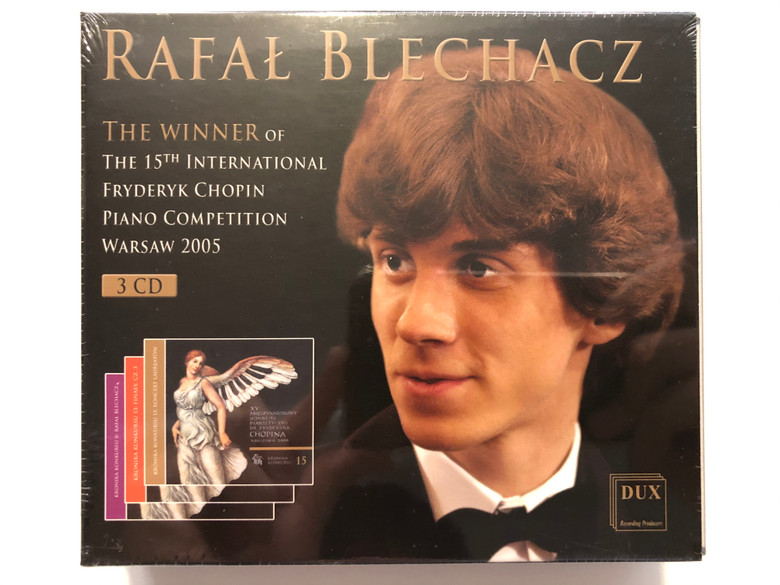 On October 21, 2005, he became the sole recipient of all five first prizes at the 15th International Frederick Chopin Piano Competition in Warsaw, taking First Prize and the polonaise, mazurka, sonata, and concerto prizes. No other pianist has achieved this feat. According to ABC News, one of the judges, Professor Piotr Paleczny, said that Blechacz "so outclassed the remaining finalists that no second prize could actually be awarded." According to PBS, another judge, John O'Conor, opined "He is one of the greatest artists I have had a chance to hear in my entire life". Blechacz was the first Pole to win the prize (given every five years) since 1975, when Krystian Zimerman won.

Blechacz signed a contract to record for Deutsche Grammophon on May 29, 2006. In addition to his 2005 debut album from CD Accord, he has released four albums under Deutsche Grammophon as of January 2013. He recorded with the Warsaw Philharmonic, led by Antoni Wit, for the Chopin Competition in 2005, and with the Concertgebouw, under Jerzy Semkow, for his album of the Chopin piano concertos in 2009. He has also performed with the Russian National Orchestra, the Tonhalle Orchestra, the Berlin Radio Symphony Orchestra, the Philharmonia, the Tokyo Symphony Orchestra, and the Wiener Symphoniker.

In 2014, Blechacz was named the 2014 Gilmore Artist. He is the seventh individual to receive this award, and the second Polish pianist.

Blechacz had been studying philosophy at the Nicolaus Copernicus University in Toruń, and in 2016, took a sabbatical to complete his doctorate. His thesis explored "aspects of the metaphysics and aesthetics of music and, as he reflects, his studies have helped him 'understand both the freedoms and limitations of musical interpretations'". He returned to performing in January 2017.

1  Announcement of the performance by Rafat Blechacz,
the winner of the 15" International Fryderyk Chopin Piano Competition   1:25 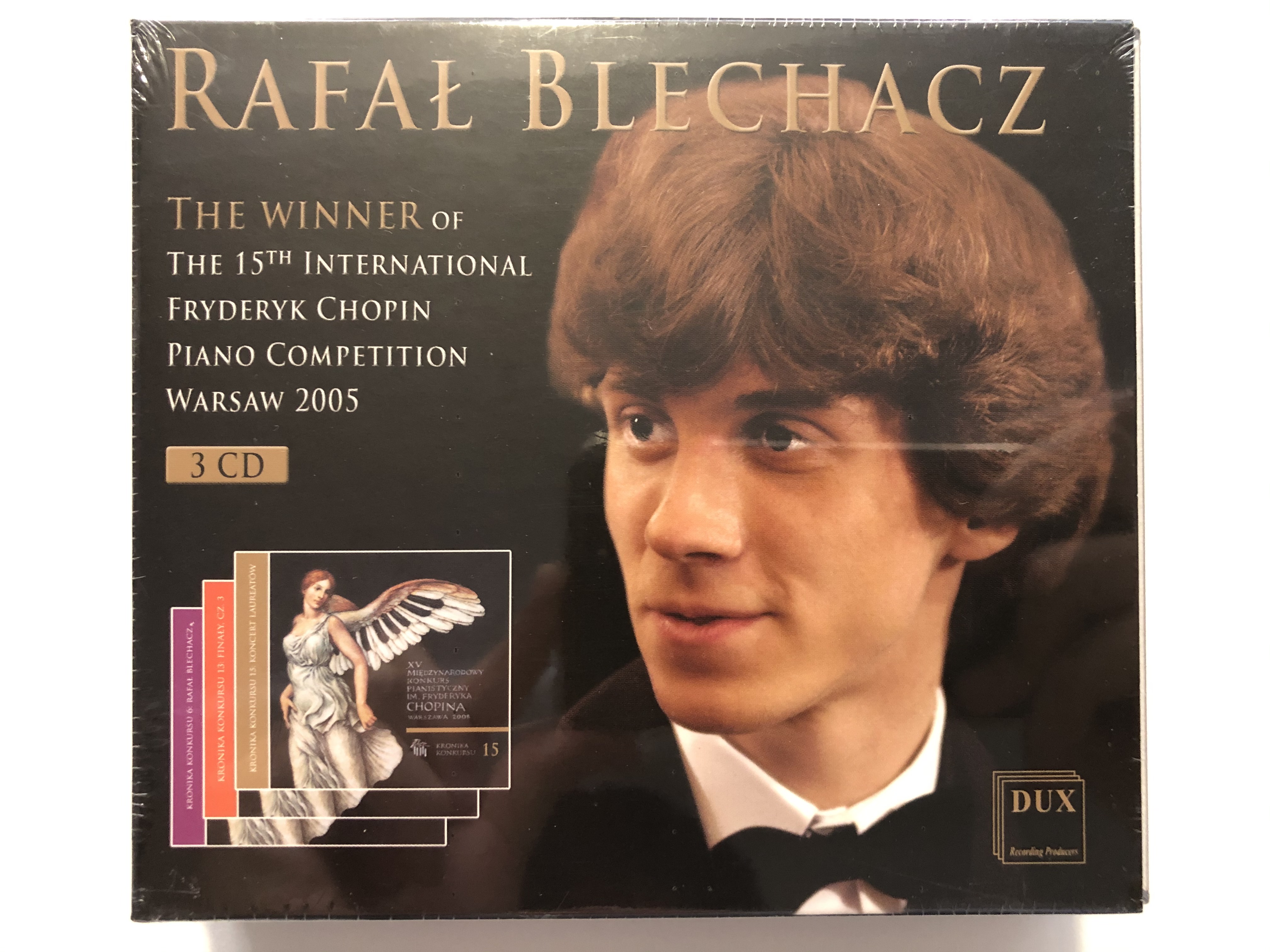 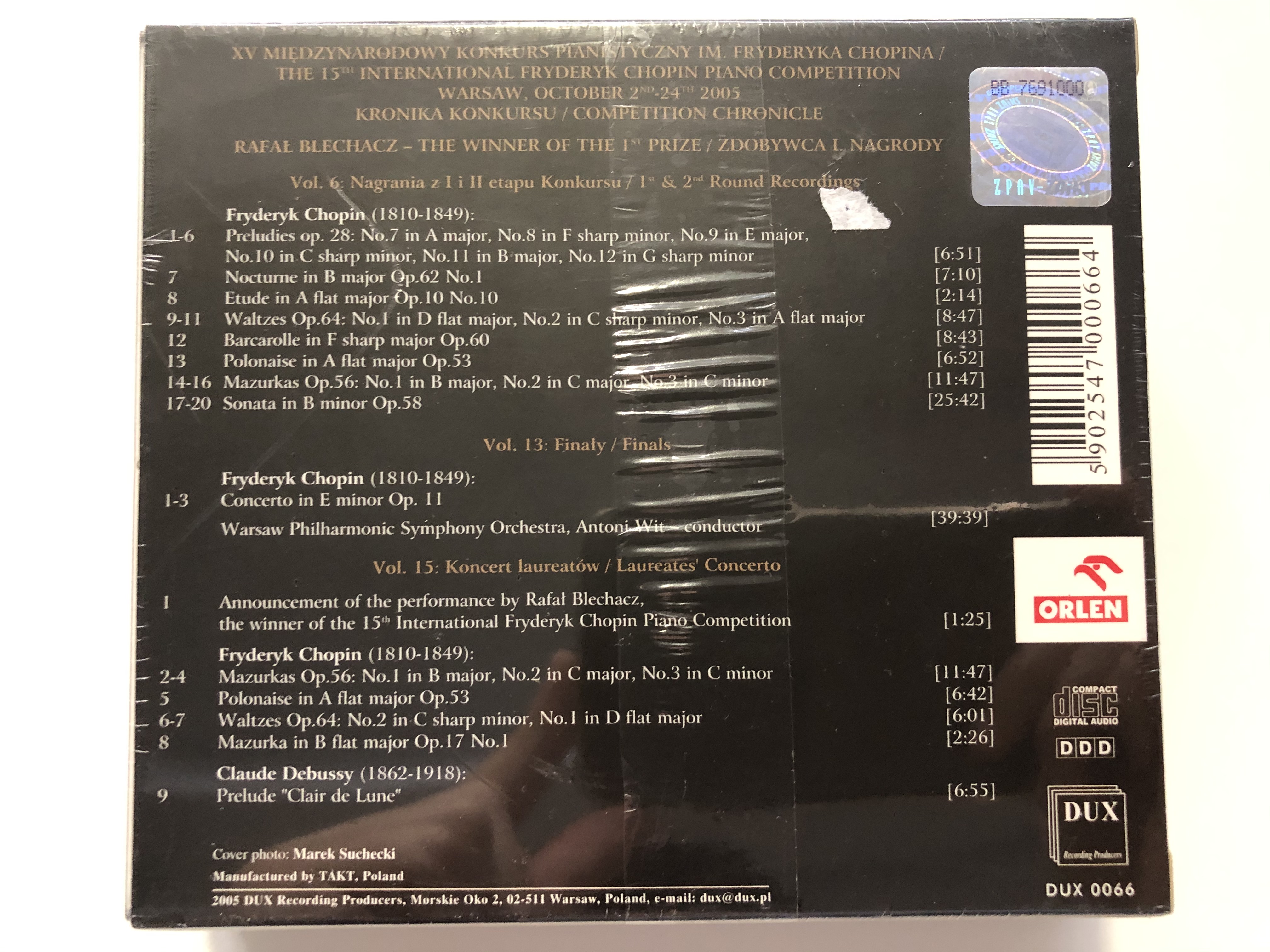