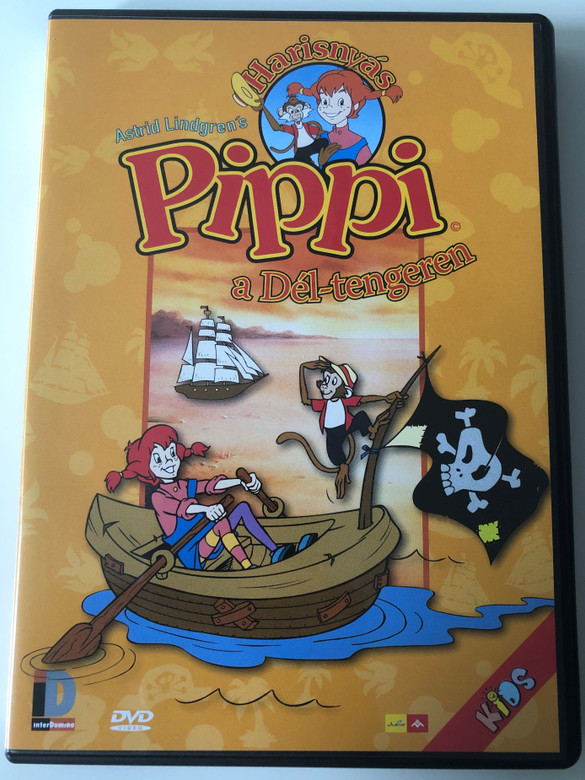 Astrid Lindgren's beloved red-headed tomboy Pippi Longstocking comes to life in this animated adventure. When a ship sails into the harbor of Pippi's town, she discovers that the Captain is her long-lost father. When her father sets out for a journey to the South Seas, Pippi joins him, and soon they find an undiscovered island with a fortune in pearls. But Pippi isn't the only one looking for treasure, and soon she and her father have to contend with a gang of thieves and bad guys before they can collect their share of the fortune.

The success of the animated Pippi Longstocking (1997) resulted in a second Pippi film, Pippi’s Adventures on the South Seas, now with SF as main producer. The film consists of three episodes from the animated TV series that had been made in conjunction with the first film and then edited together.

Pippi Longstocking is the fictional main character in an eponymous series of children's books by Swedish author Astrid Lindgren. Pippi was named by Lindgren's daughter Karin, who asked her mother for a get-well story when she was off school.

Pippi is red-haired, freckled, unconventional and superhumanly strong – able to lift her horse one-handed. She is playful and unpredictable. She often makes fun of unreasonable adults, especially if they are pompous and condescending. Her anger comes out in extreme cases, such as when a man mistreats his horse. Pippi, like Peter Pan, does not want to grow up. She is the daughter of a buccaneer captain and has adventure stories to tell about that, too. Her four best friends are her horse and monkey, and the neighbours' children, Tommy and Annika.