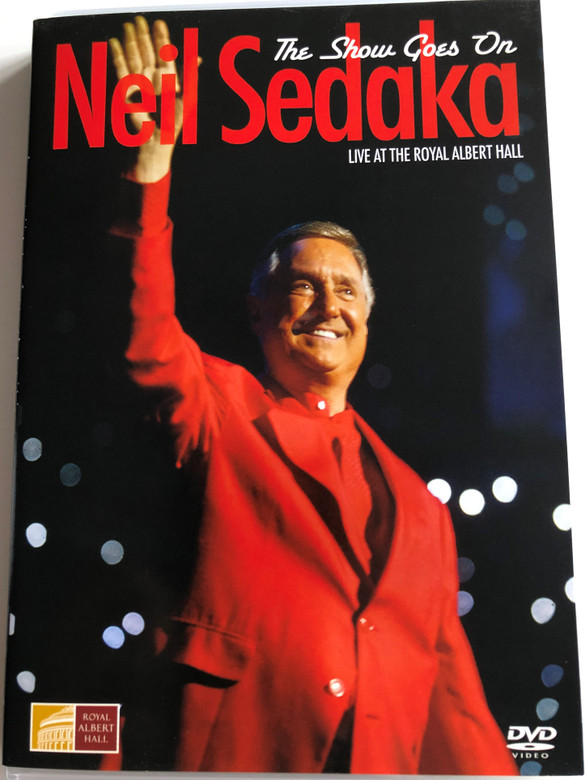 The American singer-songwriter responsible for a string of hits including 'Oh Carol', 'Breaking Up Is Hard To Do' and 'Happy Birthday Sweet Sixteen', recorded live at the Royal Albert Hall.

Neil Sedaka (born March 13, 1939) is an American pop singer, pianist, composer and record producer. Since his music career began in 1957 as a short-lived founding member of the Tokens, he has sold millions of records as an artist and has written or co-written over 500 songs for himself and others, collaborating mostly with lyricists Howard Greenfield and Phil Cody.

The other side of me

Standing on the inside

Our last song together

Where the boys are

Laughter in the rain

Should have never let you go

Is this the way to Amarillo

Breaking up is hard to do

One way ticket to the blues

Love will keep us together

That’s when the music takes me 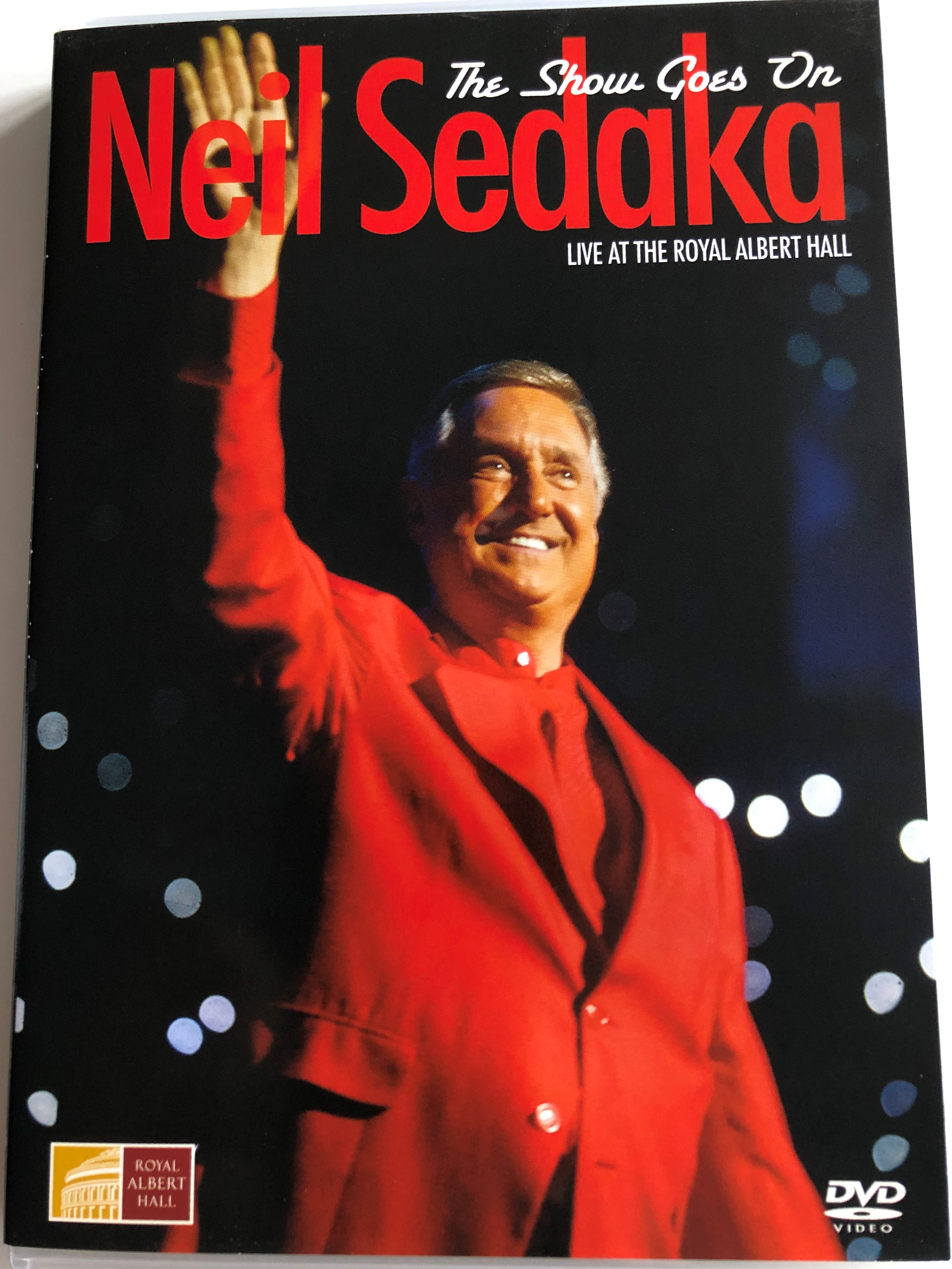 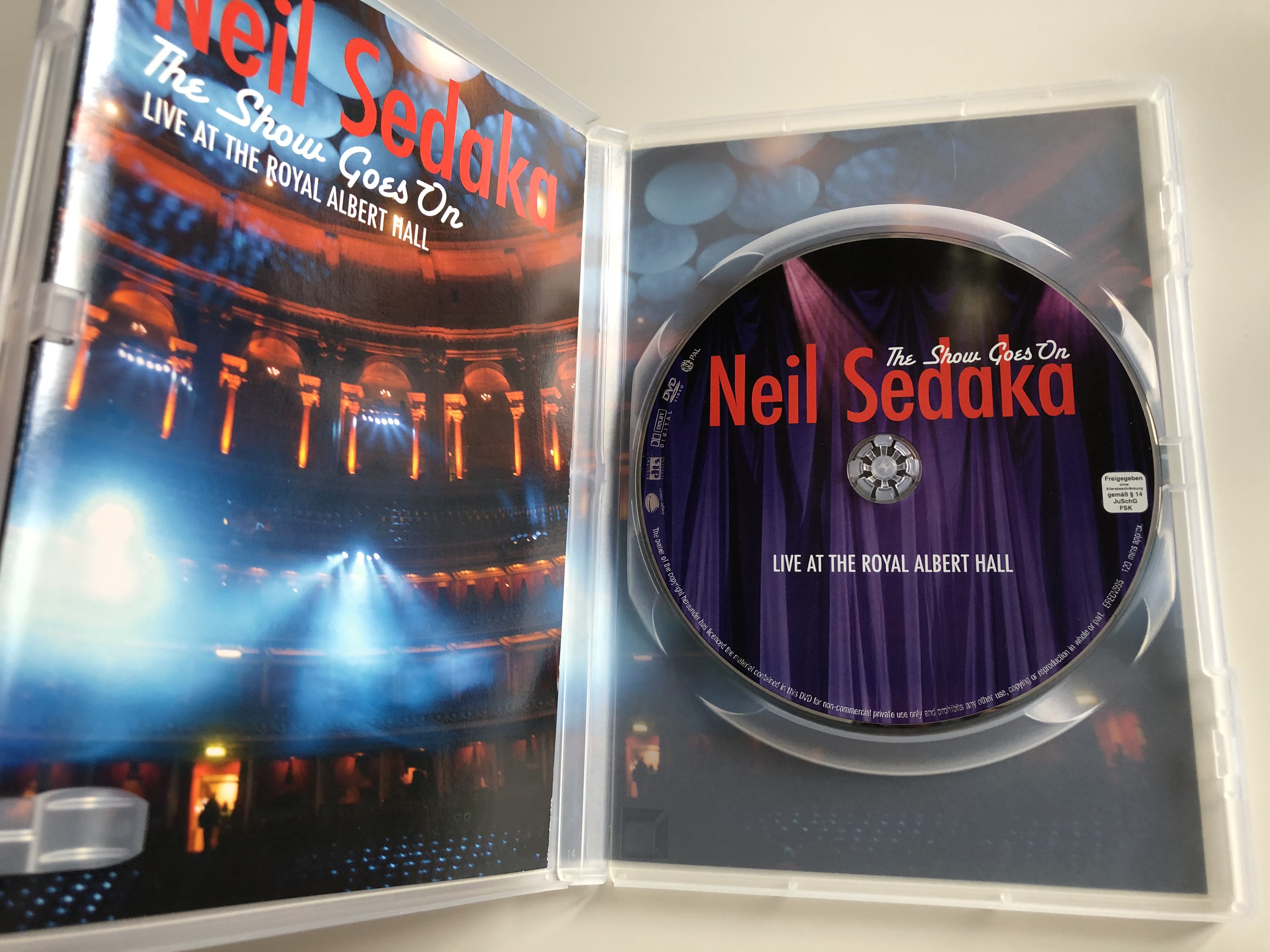 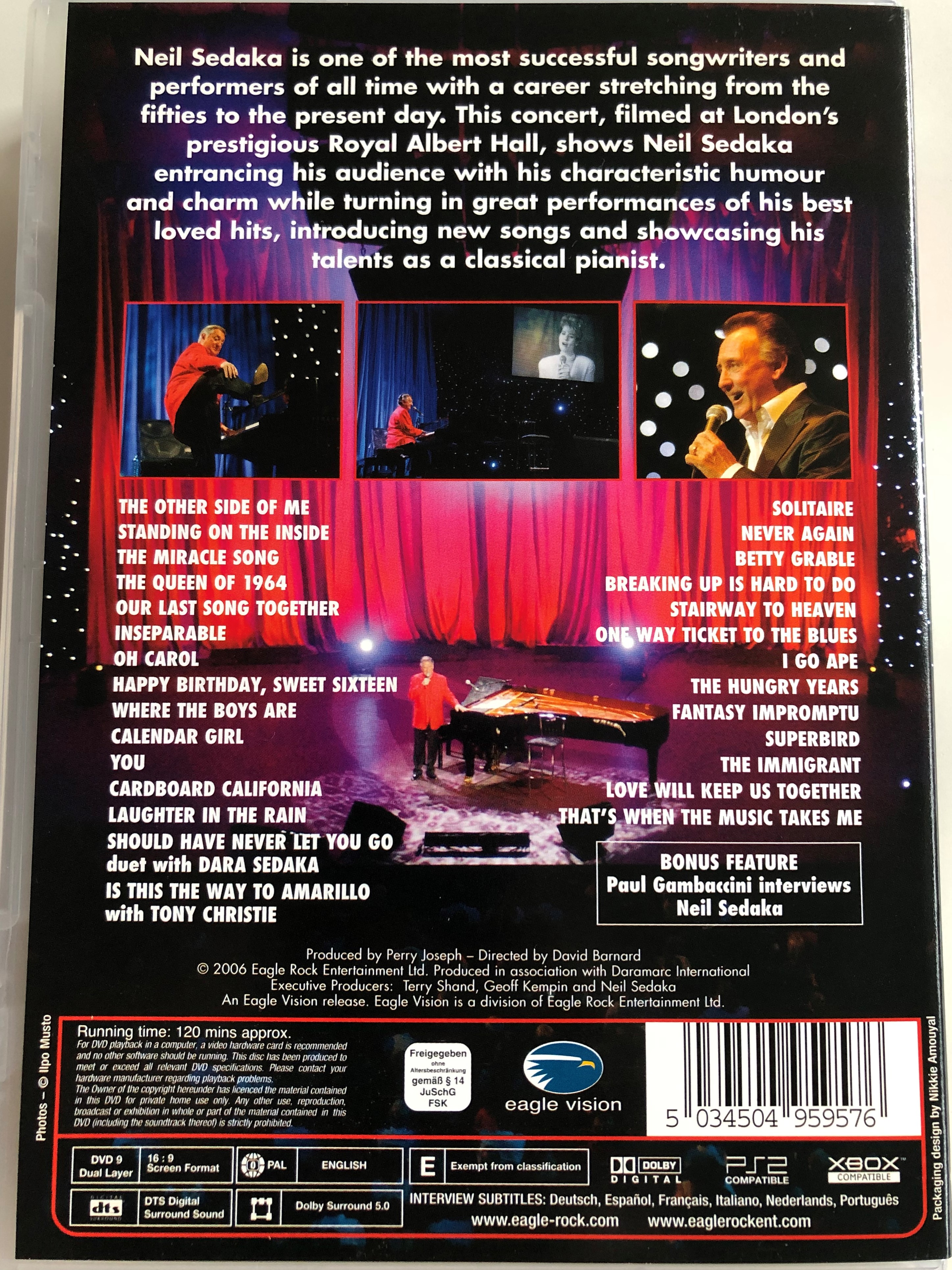