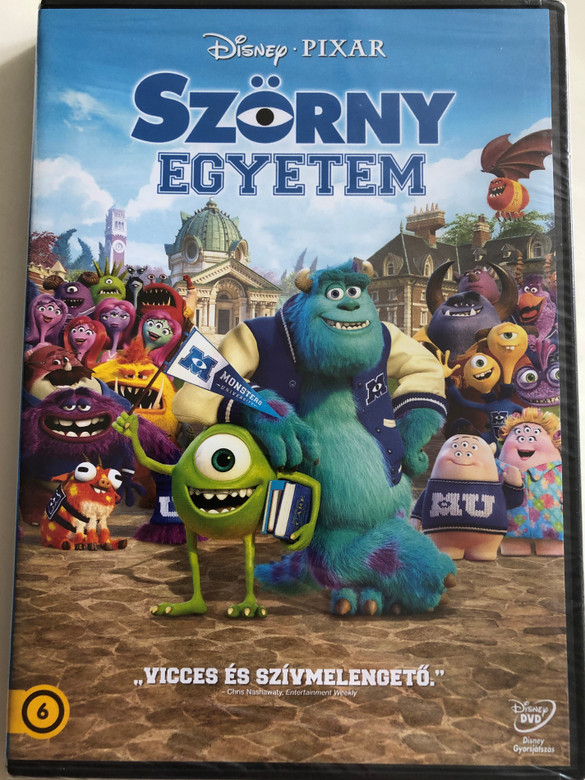 Monsters University is a 2013 American 3D computer-animated comedy film produced by Pixar Animation Studios for Walt Disney Pictures. It was directed by Dan Scanlon in his feature film debut and produced by Kori Rae, with John Lasseter, Pete Docter, Andrew Stanton and Lee Unkrich as executive producers. The music for the film was composed by Randy Newman, making it his seventh collaboration with Pixar. It is a prequel to Monsters, Inc. (2001), making it the first time Pixar has made a prequel film. Monsters University tells the story of two monsters, Mike and Sulley, and their time studying at college, where they start off as rivals, but slowly become best friends. John Goodman, Billy Crystal, Steve Buscemi, Bob Peterson, and John Ratzenberger reprise their roles as James P. Sullivan, Mike Wazowski, Randall Boggs, Roz, and the Abominable Snowman, respectively. Bonnie Hunt, who played Ms. Flint in the first film, voices Mike's grade school teacher Ms. Karen Graves.

Michael "Mike" Wazowski, a young monster who is disliked by all of his classmates, aspires to become a scarer – a monster who enters the human world at night to scare children and harvest their screams for energy – after visiting Monsters, Inc. – Monstropolis' most profitable scaring company – on a school field trip. Eleven years later, Mike is now a first-year scare major at Monsters University, where he meets James P. "Sulley" Sullivan. Mike studies hard, while the privileged Sulley, coming from a family of talented scarers, relies only on his natural ability and begins to falter. As the semester progresses, Mike and Sulley attempt to join a fraternity, but only Sulley is accepted into Roar Omega Roar, the most prestigious fraternity on campus. At the semester's final exam, a fight between the two causes them to accidentally open Dean Abigail Hardscrabble's cherished scream canister; Hardscrabble fails them both on the spot, citing Mike's complete lack of scariness and Sulley's laziness, to which Roar Omega Roar promptly expels Sulley. 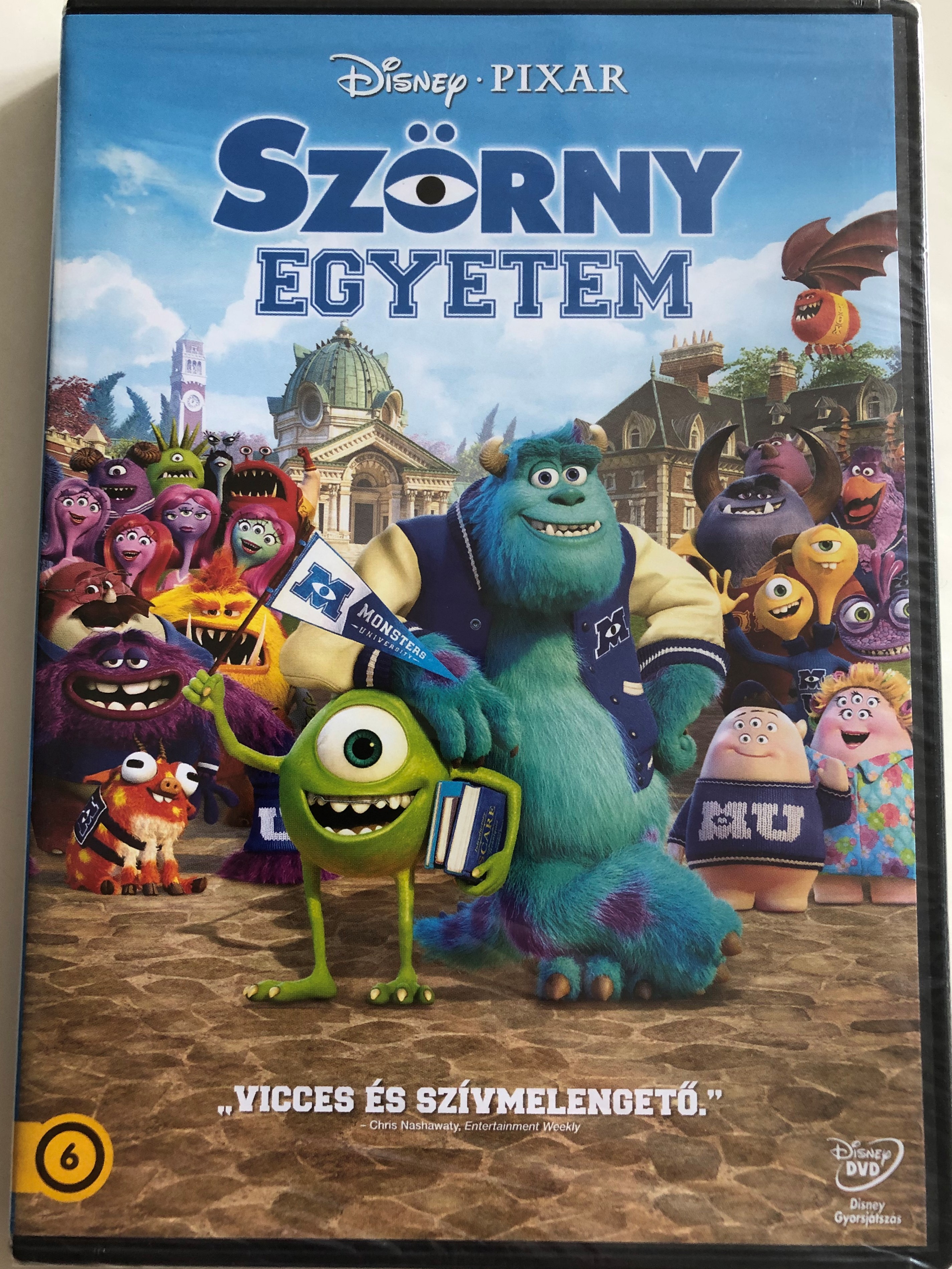 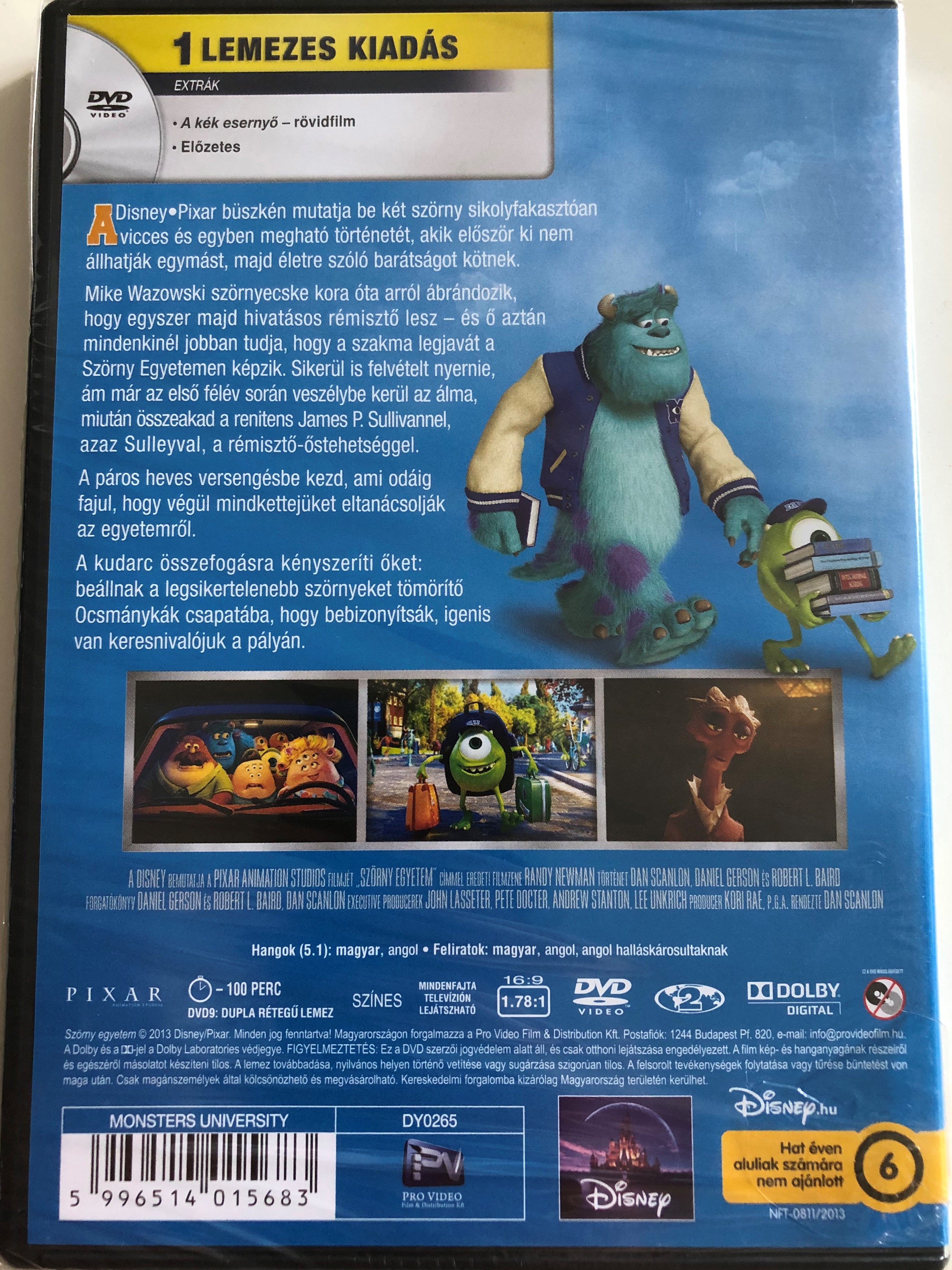