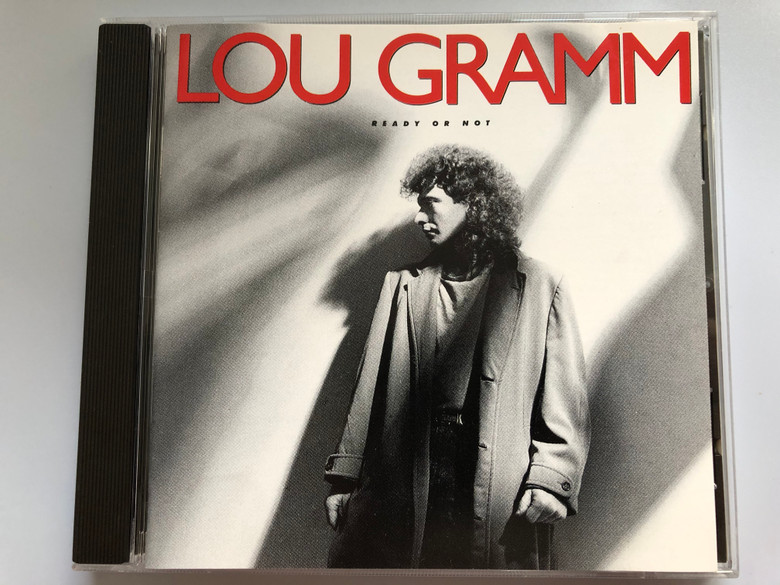 CD reissue of this 1987 solo album from the lead vocalist of Foreigner. Ready Or Not reached #27 on the Billboard charts when originally issued on Atlantic Records. 10 tracks including 'Midnight Blue'. Wounded Bird. 2010.

Ready or Not is the debut solo studio album by American rock singer-songwriter Lou Gramm, released in February 1987 by Atlantic Records.

Eight of the ten songs, which comprise Ready or Not, were written by Gramm in partnership with former Black Sheep bandmate Bruce Turgon. The album was recorded in 1986 at Bear Tracks Recording in Suffern, New York and The Hit Factory Recording in New York City. It was produced by Gramm and Pat Moran, who is known as an engineer on recordings by such performers as Rush and Robert Plant. 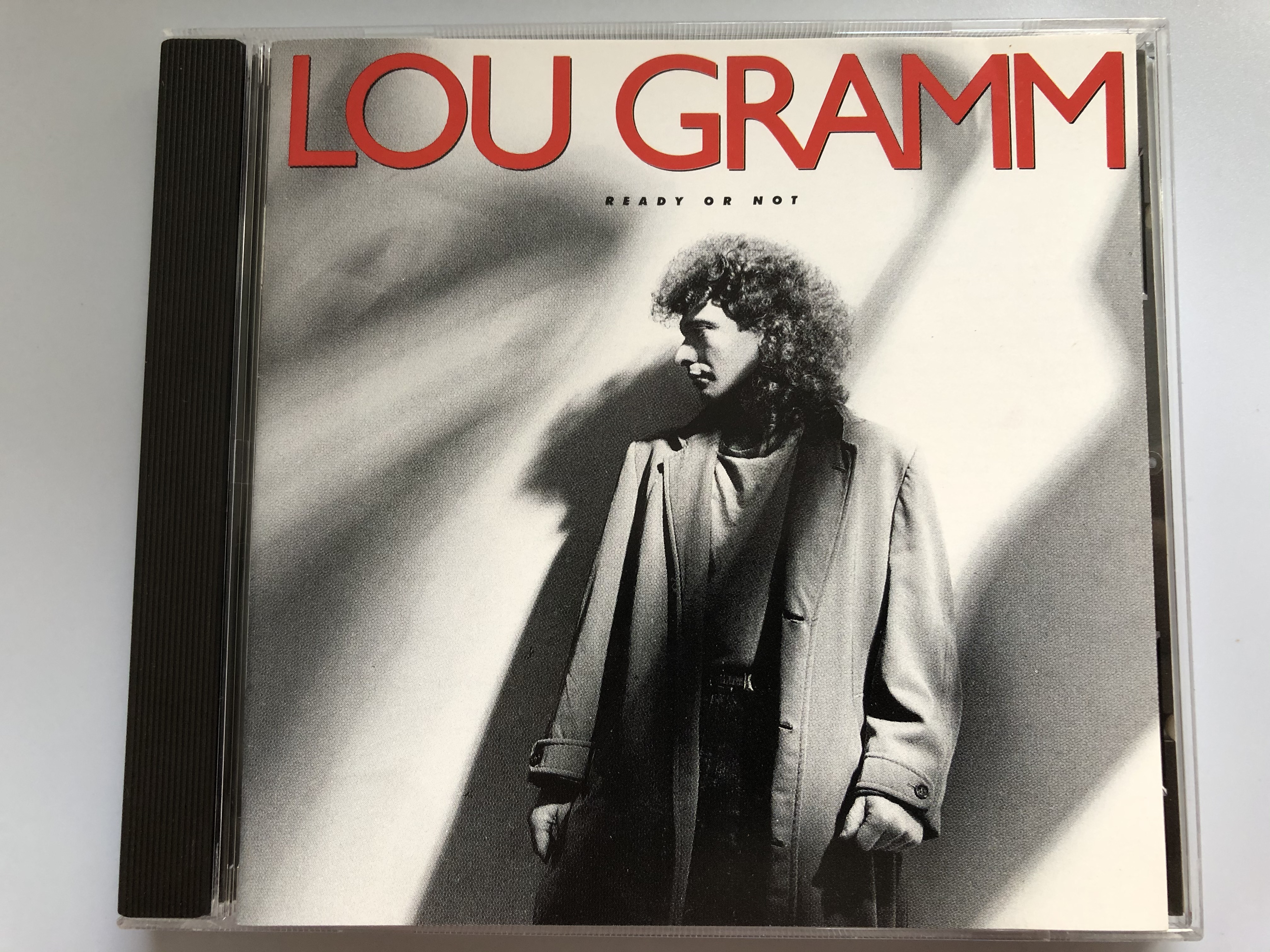 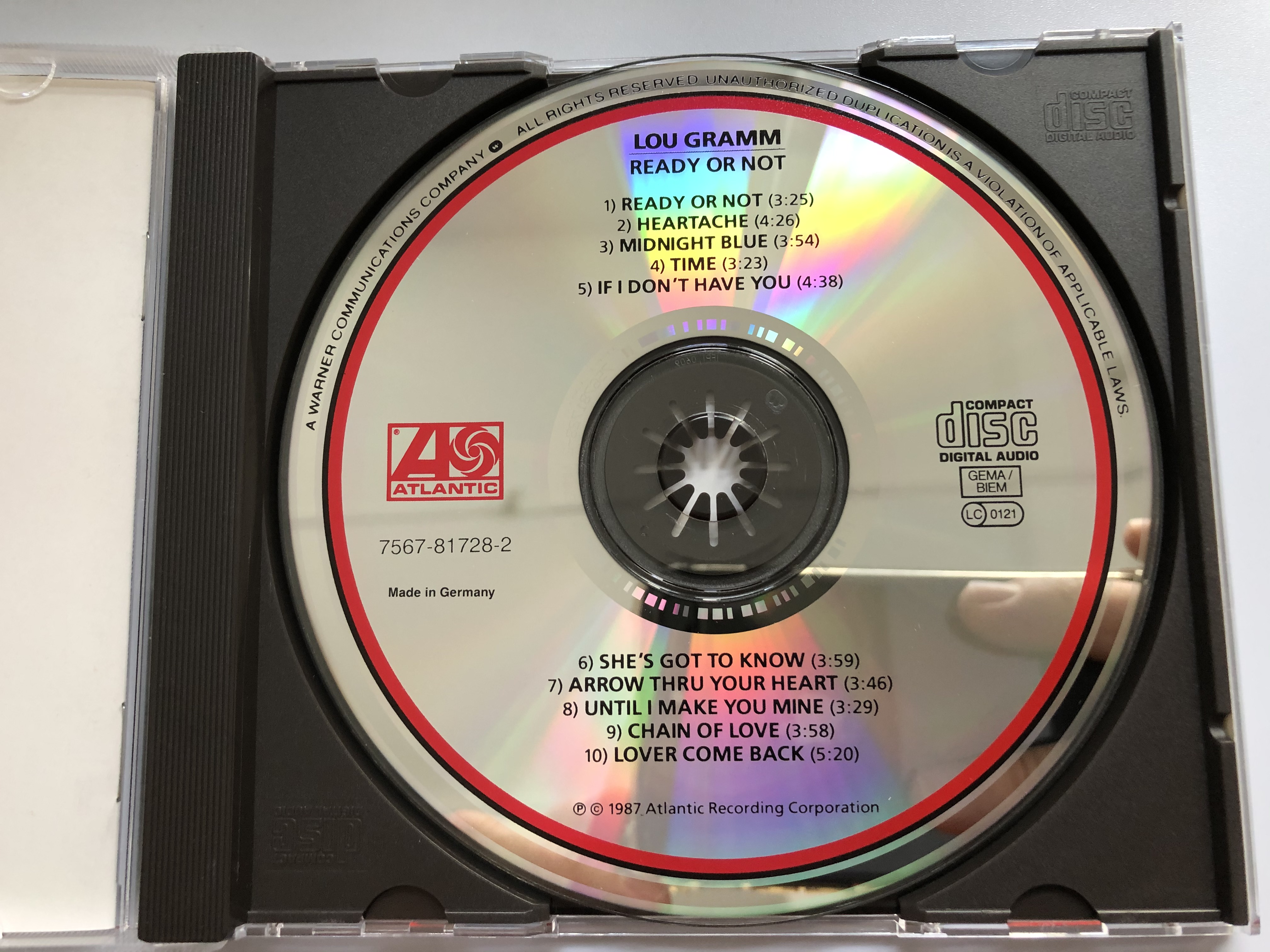 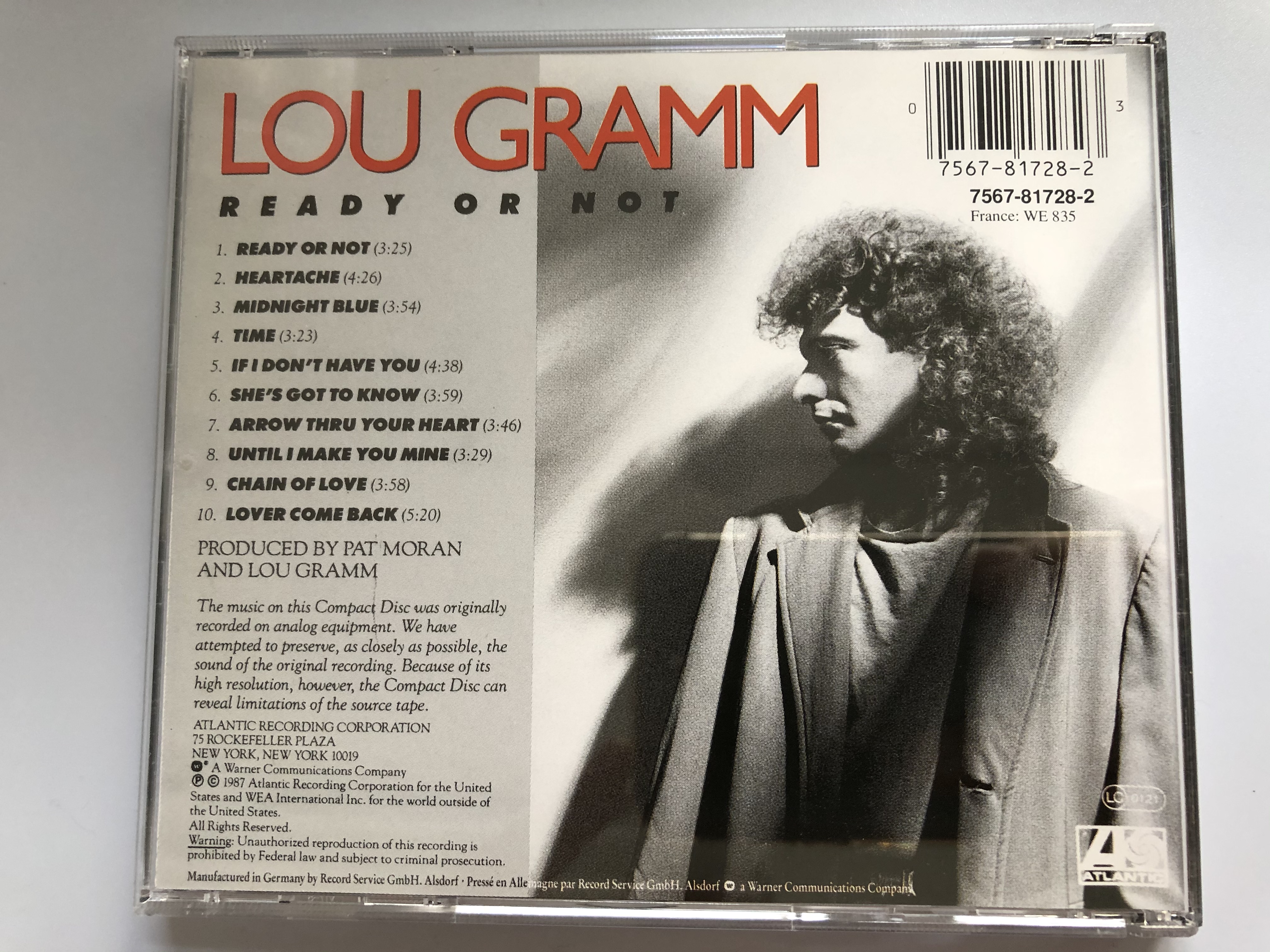