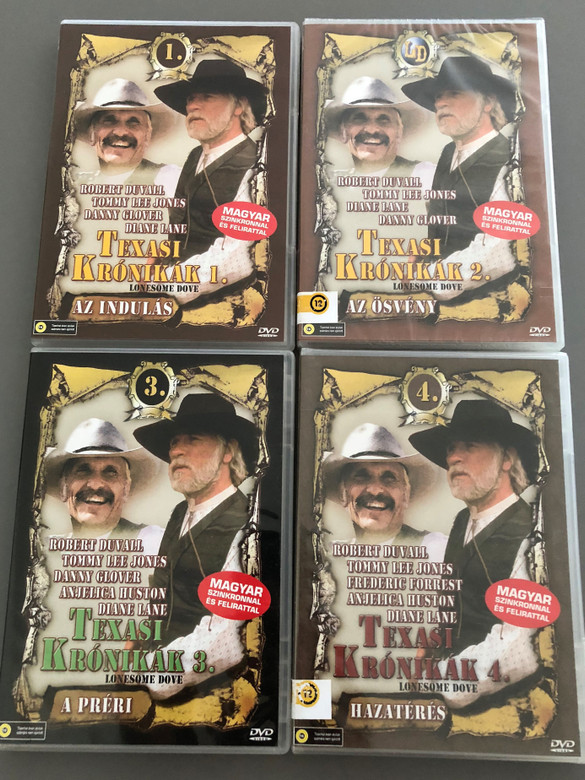 Lonesome Dove is an American epic Western adventure television miniseries directed by Simon Wincer. It is a four-part adaptation of the 1985 novel of the same name by Larry McMurtry and is the first installment in the Lonesome Dove series. The novel was based upon a screenplay by Peter Bogdanovich and McMurtry, intended to star John Wayne, James Stewart and Henry Fonda, but the film was never made after John Ford advised Wayne against it. The eventual television miniseries stars Robert Duvall and Tommy Lee Jones. The series was originally broadcast by CBS from February 5 to 8, 1989, drawing a huge viewing audience, earning numerous awards, and reviving both the television western and the miniseries.

Captain Augustus "Gus" McCrae and Captain Woodrow F. Call, two famous former Texas Rangers, run a livery in the small dusty Texas border town of Lonesome Dove. Gus loves women, but he's twice a widower, and Call is somewhat of a workaholic. Working with them are Joshua Deets, a black tracker and scout from their Ranger days, Pea Eye Parker, another former Ranger who works hard but isn't very bright, and Bolívar, a retired Mexican bandit who is their cook. Also living with them is Newt Dobbs, a 17-year-old whose mother was a prostitute named Maggie and whose father may be Call.

The story begins in the small south Texas town of Lonesome Dove, on the Rio Grande, as Jake Spoon, a former Texas Ranger and comrade of Gus and Call's, shows up after an absence of more than ten years. He reveals that he is a fugitive after having accidentally shot the dentist and mayor of Fort Smith, Arkansas, in a bar-room gunfight. The dentist/mayor's brother happens to be the sheriff, July Johnson.

Reunited with Gus and Call, Jake's glowing description of Montana inspires Call to gather a herd of cattle and drive them there, attracted by the notion of settling pristine country. Gus is less enthusiastic, pointing out that they are getting old and that they are Rangers and traders, not cowboys. But he changes his mind when he realises Lonesome Dove has little left to offer him by way of excitement, now that much of the land has been "civilized".

At the continued insistence of the dentist's widow, Sheriff Johnson sets off in pursuit of Spoon, accompanied by his young stepson Joe who travels at the request of Joe's mother and Sheriff Johnson's wife Elmira. Once her son and husband have left for Texas, Elmira leaves Fort Smith for Ogallala, Nebraska, to meet up with her first husband and Joe's father, Dee Boot. Sailing up the Arkansas River on a whiskey boat, she falls in with a group of buffalo hunters.

Part II: On the Trail

The young Irishman soon succumbs to his numerous snakebites, dies, and is buried. While travelling through a forest in east Texas, Roscoe encounters Janey, a young girl fleeing from an old abusive "owner". As they travel together they are robbed, when luckily Sheriff Johnson happens to catch up with them. Meanwhile, Johnson's wife Elmira arrives by boat at Bent's Fort, Colorado, and sets off overland across the plains with two hunters she has befriended.

Meanwhile, the camp's cook refuses to cross the river after Sean O'Brien's mishap, so Gus and Call head into San Antonio in search of a new cook. They soon find Po Campo, who gets the job after impressing Gus and Call not only with his cooking, but with his attitude. On the way back, Gus catches up with Lorie, whom Jake has abandoned in order to go gambling in Austin. Before he returns, Gus and Lorie encounter Blue Duck, a notorious Mexican/Indian bandit from Gus and Call's Ranger days. After Gus sends Newt over to Lorie's camp to guard her, Blue Duck knocks Newt unconscious, kidnaps Lorie, and attempts to sell/barter her to a gang of Comanchero bandits camped on the Llano Estacado.

As they ride through the bush, Spoon and the robbers come across a group of horse wranglers. They shoot most of the wranglers and steal the horses. They then travel to a sodbuster's farm, two of whom the leader kills, hangs, and burns for no apparent reason. Although Spoon disagrees, the gang leader bullies and threatens Spoon into submission. When one of the dying wranglers is rescued by the cowboys, Call leads a posse to search for the thieves. Gus and Call quickly capture the robbers and prepare to hang them. With his last words, Jake Spoon admits that it is better to be hanged by his friends than by strangers. Jake, with his head in the noose, then spurs his own horse which causes it to run from underneath him; effectively hanging himself, much to the shock and dismay of his former friends.

Deets is buried, then the party continues on across the Powder River. Meanwhile, Clara's husband finally dies and is buried as well. Leaving the main group to scout ahead with Pea Eye Parker, Gus decides to pursue some buffalo, but is chased by mounted Indians and is badly wounded by two arrows in his right leg. While trying to get back to the herd for help, an exhausted Pea Eye is guided by the ghost of Deets, whereas Gus is found by a stranger and taken 40 miles away to Miles City, Montana. 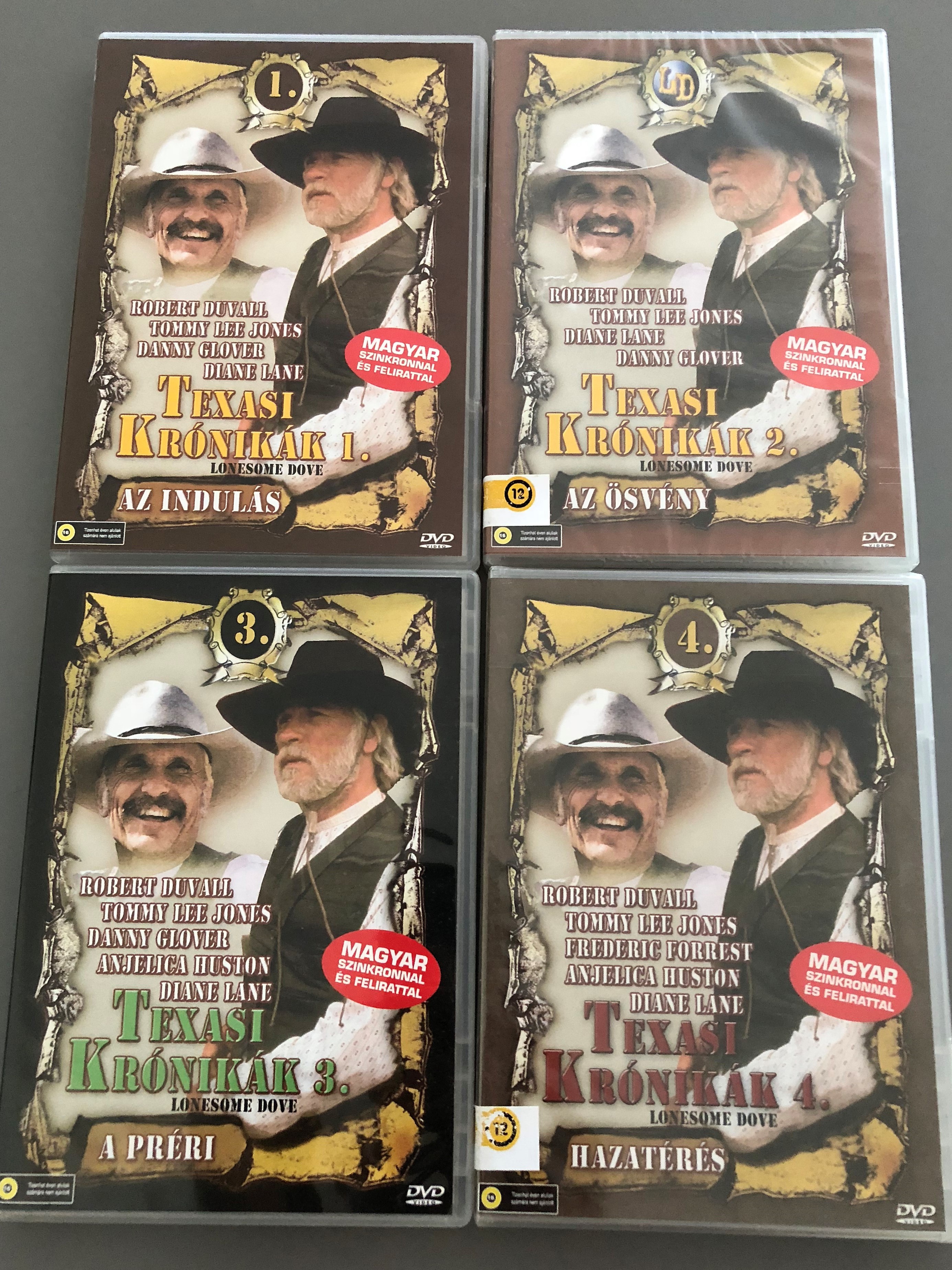