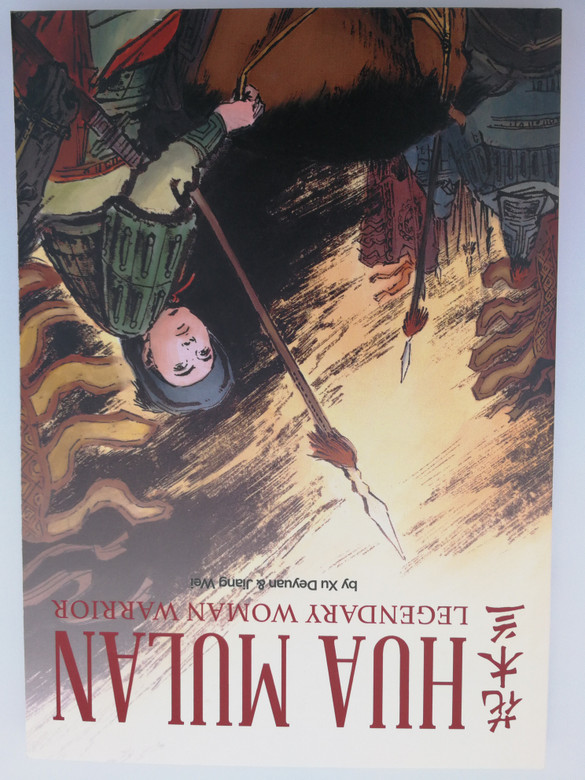 This book tells of the inspirational story of Hua MuIan, the legendary Chinese female warrior who pledges to fight for her family and country in the most unusual way: by disguising herself as a man – a filial "son" who takes the place of her aged and sick father at the battlefront. Quick-witted and well-skilled in martial arts, Hua MuIan fights valiantly and scores many victories throughout her many years in the army, never once having her real identity revealed. It is only until after the war, however, that our heroine reveals the truth. Stunned by the revelation and greatly moved by her story, Mulan's comrades express their utmost respect and admiration for her great courage and skills, not least her loyalty and devotion to family and country. The story of Hua Mulan has inspired countless generations through the centuries. With stirring and unforgettable scenes brought vividly to life by creators Xu Deyuan and Jiang Wei, this comic book captures the legendary Chinese heroine at her most brilliant, ensuring that the legend of Mulan, that most enduring symbol of loyalty and filial piety, continues to live on.

Xu Deyuan (6.1962, Dalian) is a full-time artist working With the Cultural Centre of Xiuyan County, Liaoning Province His works, including cartoons and comics, as well as Lunar New Year illustrations, have been shown at exhibitions In China and internationally, and have won several prizes.

Jiang Wei (b.1969) is a graduate of the Affiliated Secondary Fine Arts School of China’s Central Academy of Fine Arts and University Complutense of Madrid, Spain. To date, her books include The Legend of Mu Lan: A Heroine of Ancient China, first published in the USA and in English, French, Vietnamese, Chinese and Cambodian; How to Write Chinese (USA). Development of A City (Italy); Four Great Ancient Inventions (Hong Kong); Pictorial Chinese History: The Southern Song
Dynasty, The Repentant Bird, and The One-Headed Woman (Taiwan); and The Thirty-Six Stratagems (China).

A Magnolia in Bloom

Victories on the Battlefield