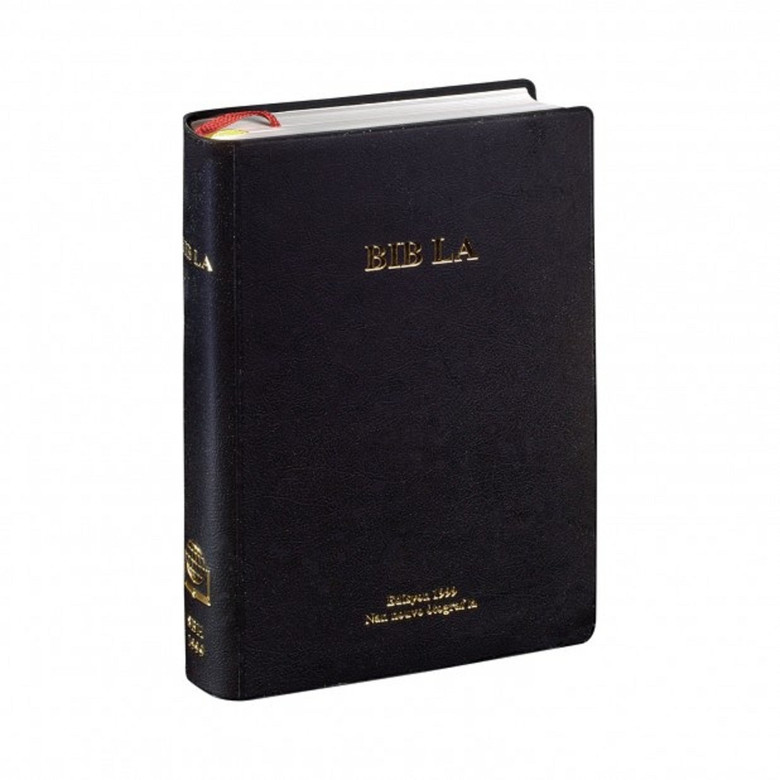 The Bible translated to Haitian Creole.

Haitian Creole is based largely on French, with influences from various West African languages, such as Wolof, Fon and Ewe. Haitian Creole has been one of Haiti's official languages, along with French, since 1961.

Haitian Creole (/ˈheɪʃən ˈkriːoʊl/; Haitian Creole: kreyòl ayisyen, Haitian Creole pronunciation: [kɣejɔl]; French: créole haïtien) is a French-based creole language spoken by 9.6–12 million people worldwide, and the only language of most Haitians.  It is a creole language based largely on 18th century French with influences from Portuguese, Spanish, English, Taíno, and West African languages. Haitian Creole emerged from contact between French settlers and African slaves during the Atlantic slave trade in the French colony of Saint-Domingue (now Haiti). Haitians are the largest creole-speaking community in the world. Haitian Creole should not be confused with Haitian French.

The usage and education in Haitian Creole—which is not mutually intelligible with French—has been contentious since at least the 19th century: where Haitians saw French as a sign of colonialism, Creole was maligned by francophone elites as a miseducated or poor person’s French.  Until the late 20th century, Haitian presidents spoke only French to their fellow citizens, and until the 2000s, all instruction at Haitian elementary schools was in French, a foreign language to most of the students.