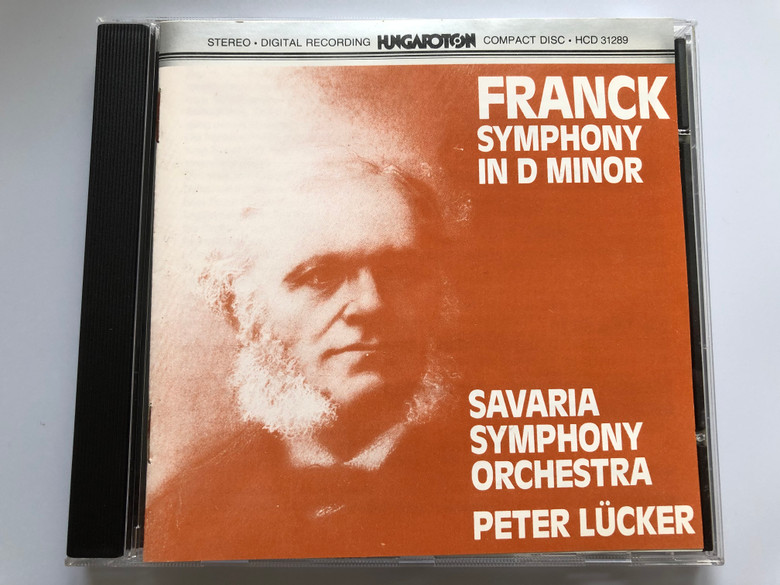 The Symphony in D minor is the most famous orchestral work and the only mature symphony written by the 19th-century naturalised French composer César Franck. After two years of work, the symphony was completed 22 August 1888. It was premiered at the Paris Conservatory on 17 February 1889 under the direction of Jules Garcin. Franck dedicated it to his pupil Henri Duparc.

César Franck's fame and reputation rest largely upon a small number of compositions, most of them composed toward the end of his life. Of these, the Symphony in D minor was one of his last works. It was first performed only a year before Franck died.

The fact that Franck finally chose to write a symphony is itself unusual, given the rarity of the form in 19th-century France, which considered the symphony a mainstay of German music. It is likely that the genesis of the Symphony in D minor followed upon the success of his influential Symphonic Variations for piano and orchestra composed in 1885.

In a departure from typical late-romantic symphonic structure, the Symphony in D minor is in three movements, each of which makes reference to the initial four-bar theme introduced at the beginning of the piece. The omission of the standard Scherzo movement is in part compensated for with a scherzo-like treatment in the second movement.

An expansion of a standard sonata-allegro form, the symphony begins with a harmonically lithe subject (below) that is spun through widely different keys throughout the movement.

Famous for the haunting melody played by the English Horn above plucked harp and strings. The movement is punctuated by two trios and a lively section that is reminiscent of a scherzo.

The movement begins with possibly the most joyful and upbeat melody Franck ever wrote and is written in a variant of Sonata form. The coda, which recapitulates the core thematic material of the symphony, is an exultant exclamation of the first theme, inverting its initial lugubrious appearance and bringing the symphony back to its beginnings.