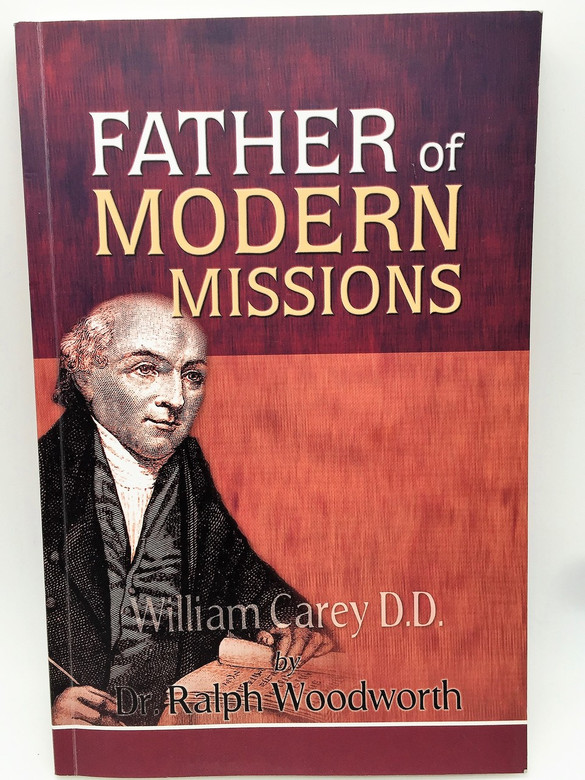 Printed and Bound in India

William Carey is known as: The Father of Modern Missions. He was obsessed with the conviction that the church must take God's Word to every nation. Still today, Carey is held in the highest esteem in India. At the Serampore train station there are statues of Ghandi and Carey. School children learn about Carey in school. The Indian Department of Posts celebrated the life and ministry of William Carey with the 6 rupee stamp. His story will challenge you to live out his motto which is known around the world, "Expect great things from God. Attempt great things for God." 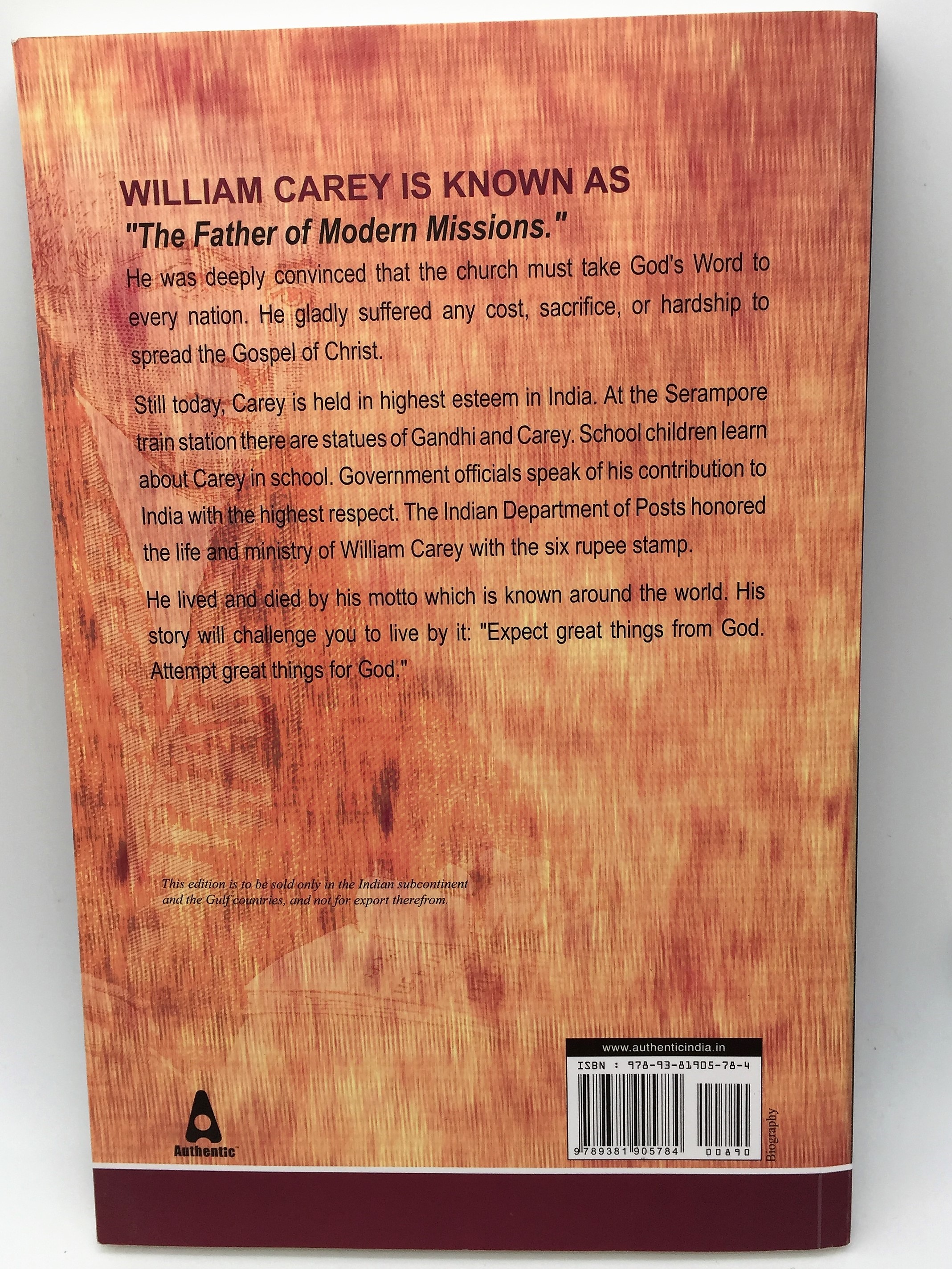