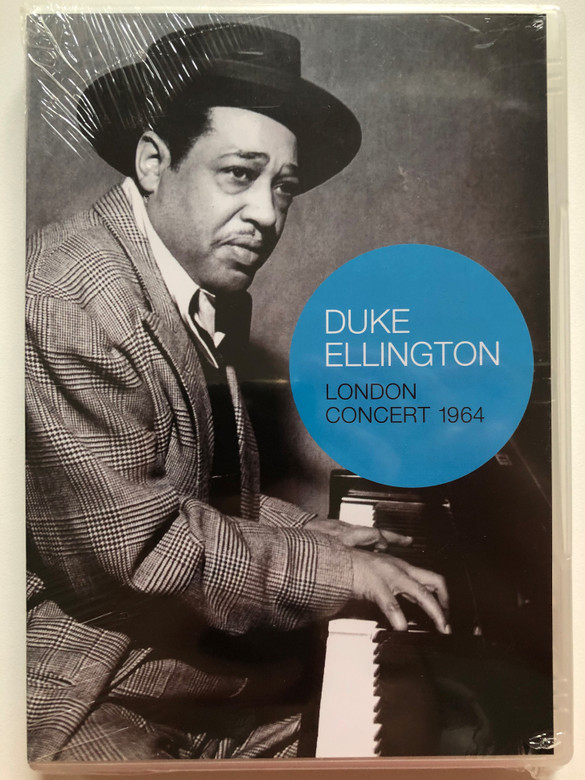 Among the numerous filmed performances by the Ellington band, this phenomenal London concert stands out for many reasons. The first one is that it contains the only complete performance of Duke's Harlem Suite on film. Written in 1950, this extended piece was first intended to be premiered by Arturo Toscanini conducting the NBC Symphony Orchestra. The premiere, however, was postponed indefinitely for various reasons and never actually took place. Other highlights include Ellington's solo piano version of his composition "Little African Flower", as well as a moving reading by Johnny Hodges’ of "Isfahan" (from the "Far East Suite") and the "Banquet Theme’, taken from Ellington's Shakespeare suite "Timon of Athens". This last piece had premiered the preceding year in Strattford,
Ontario. Among the personnel, special mention is due to Swedish trumpeter Rolf Ericson, who occupied a seat in Duke's band for a while. Although he doesn't play, composer, arranger and Ellington's right hand Billy Strayhorn attended the concert, and can be seen in the audience with English trumpeter Humphrey Lyttelton. As a bonus, we Offer a rare Zurich performance filmed during Duke Ellington's 1959 European tour. Paul Gonsalves performs his famous showcase piece "Diminuendo in Blue", which had earned him major recognition at the 1956 Newport Jazz Festival.

Influential American jazz pianist, bandleader and composer (29 April 1899, Washington, D.C. - 24 May 1974 in New York City, N.Y.).
Known for his residency at the Cotton Club (1927-1931) and for composing over a thousand pieces, many of them now standards. Billy Strayhorn was a frequent collaborator.
Father of Mercer Ellington, who took over the leadership of his father's orchestra until his own death in 1996. 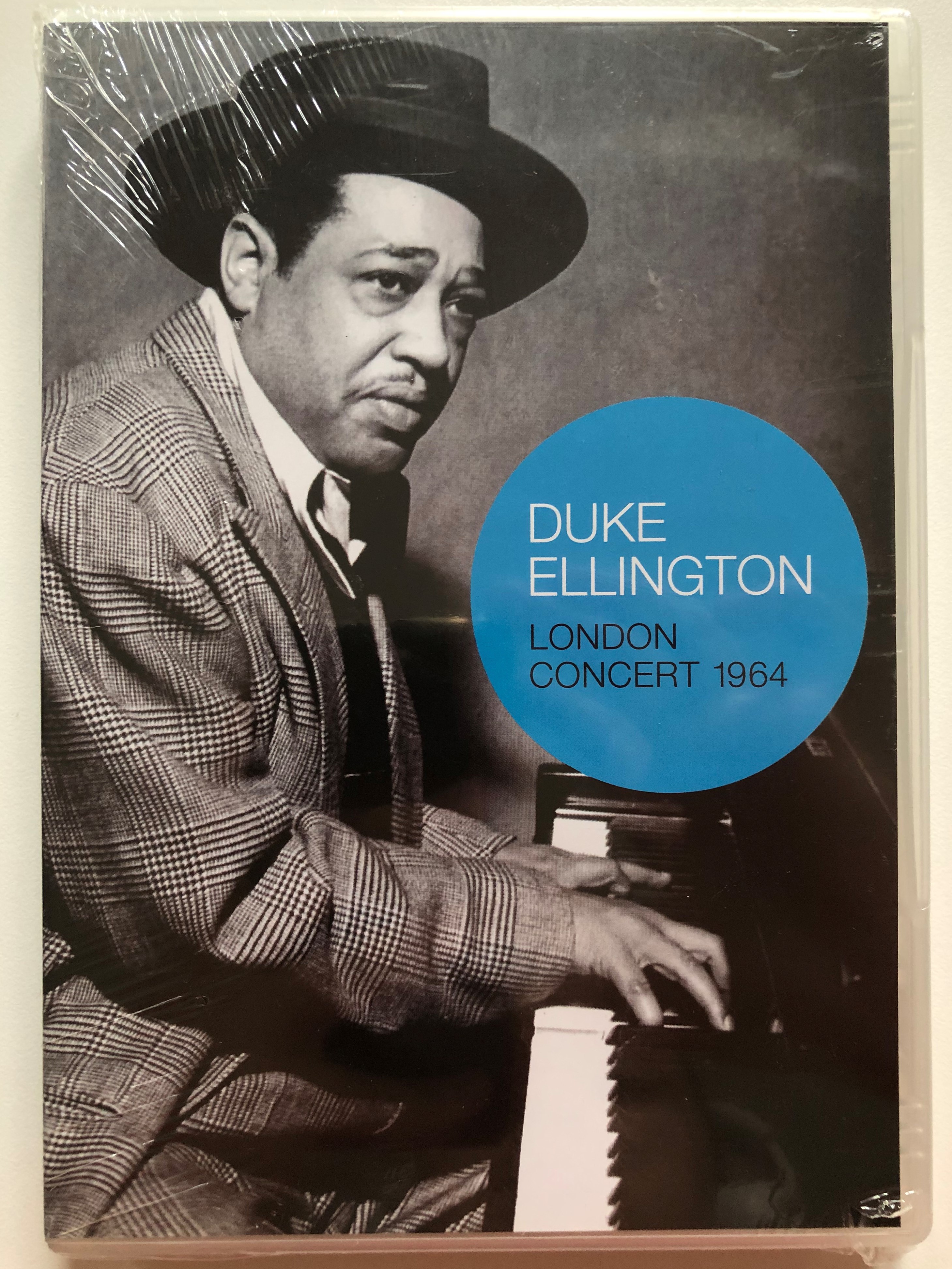 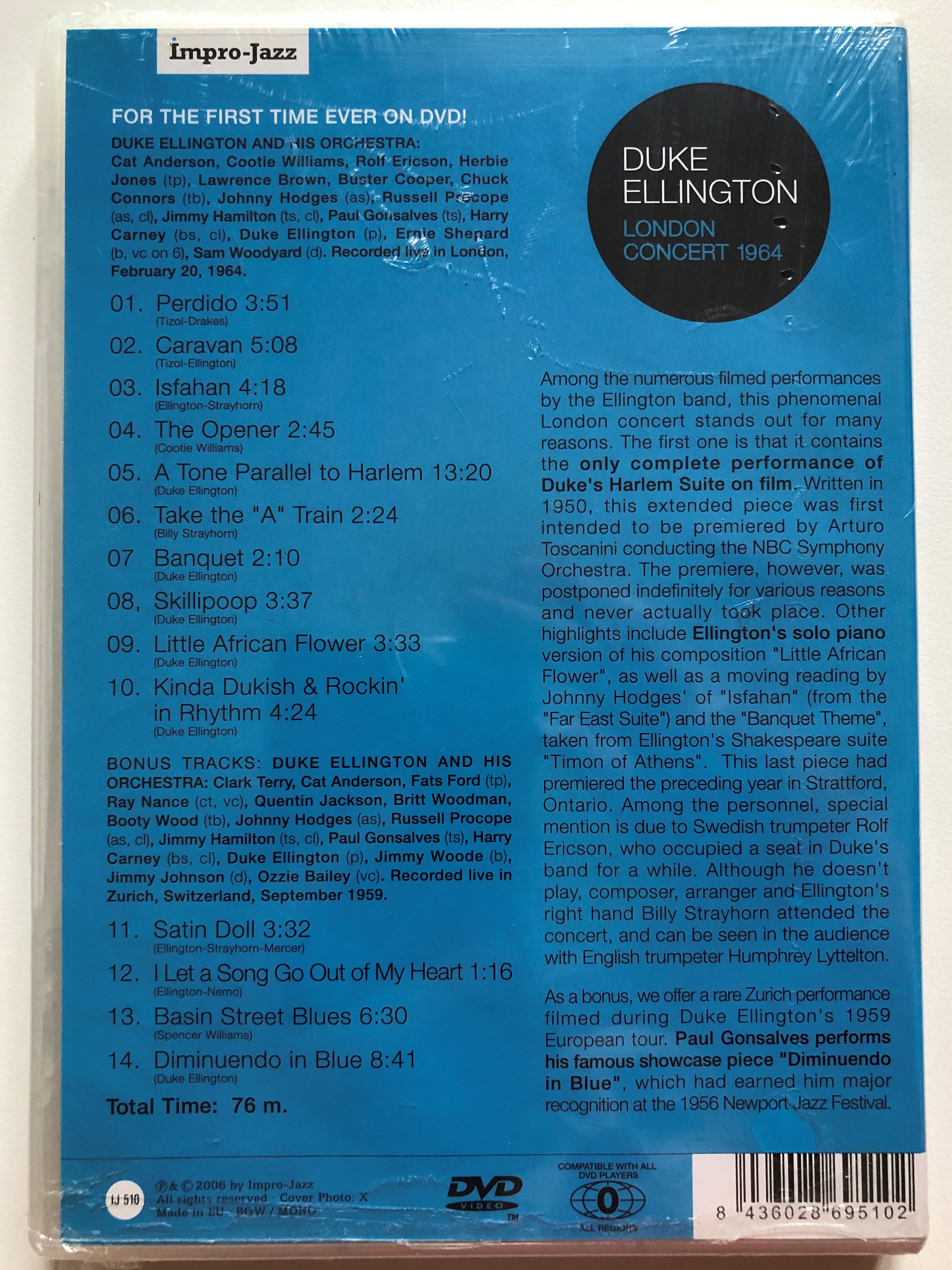